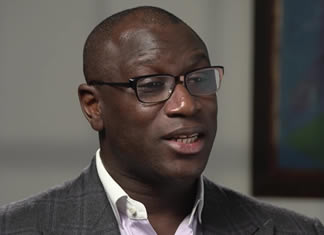 The African Green Infrastructure Investment Bank (AfGIIB), on Friday, 11 June 2021, announced its Advisory Board of African and global institutional investment leaders, representing over $20trn of assets under management and advisement. The announcement took place during the G7-Africa investor Summit, held in association with the G7’s institutional Investor Leaders Network (ILN), on the sidelines of the G7 Summit in Cornwall.

African sovereign wealth and pension funds have been crucial to form new and innovative multi-stakeholder partnerships; that address climate change; the economic recovery of COVID-19; increase investment in African infrastructure; and realize the aspirations of the African Continental Free Trade Area (AfCFTA).

The African Green Infrastructure Investment Bank (AfGIIB) initiative is an African Union-convened, African institutional investor-led, global finance initiative, to catalyze private capital for Africa’s green transition, in the run up to COP27 in Africa and beyond.

The AfGIIB was announced during the March 2021 Conference of African Ministers of Finance, Planning and Economic Development, hosted by the United Nations United Nations Economic Commission for Africa.

AfGIIB announced during the Conference of African Ministers of Finance, Planning and Economic Development, hosted by the United Nations United Nations Economic Commission for Africa, that its immediate priority would be to establish a high-level Advisory board of African and international institutional investment leaders, governments and technical advisors, to structure the platform and present progress updates, during the upcoming African Union (AU), G7, G20, COP26 Summits.

Dr Ibrahim Mayaki, CEO of the African Union Development Agency (AUDA), said: “We fully support the establishment of the African Green Infrastructure Investment Bank (AfGIIB) initiative and the announcement of its Advisory Board. I further thank all of you distinguished leaders who have agreed to serve on its advisory board.“

During the G7-Africa investor Summit, held in association with ILN, AfGIIB unveiled its prestigious Advisory Board Members, which include:

Hubert Danso, Chairman, Ai, concluded: “The AfGIIB is honoured to count such accomplished and committed African and global institutional investment and public sector leaders, on its prestigious Advisory Board, to champion and create a specialist green infrastructure investment platform, that supports the continents green transition, creates jobs, increases the continents share of the industrial green global economy, whilst at the same time delivers globally competitive risk adjusted returns for its investors. The AfGIIB Advisory Board will also be a powerful green investment mobilization sounding board, for the continent, as we prepare to take over the COP26 process in November, and host an outstanding and green finance friendly COP27 next year on African soil.”