Arts and culture: Weapons of struggle 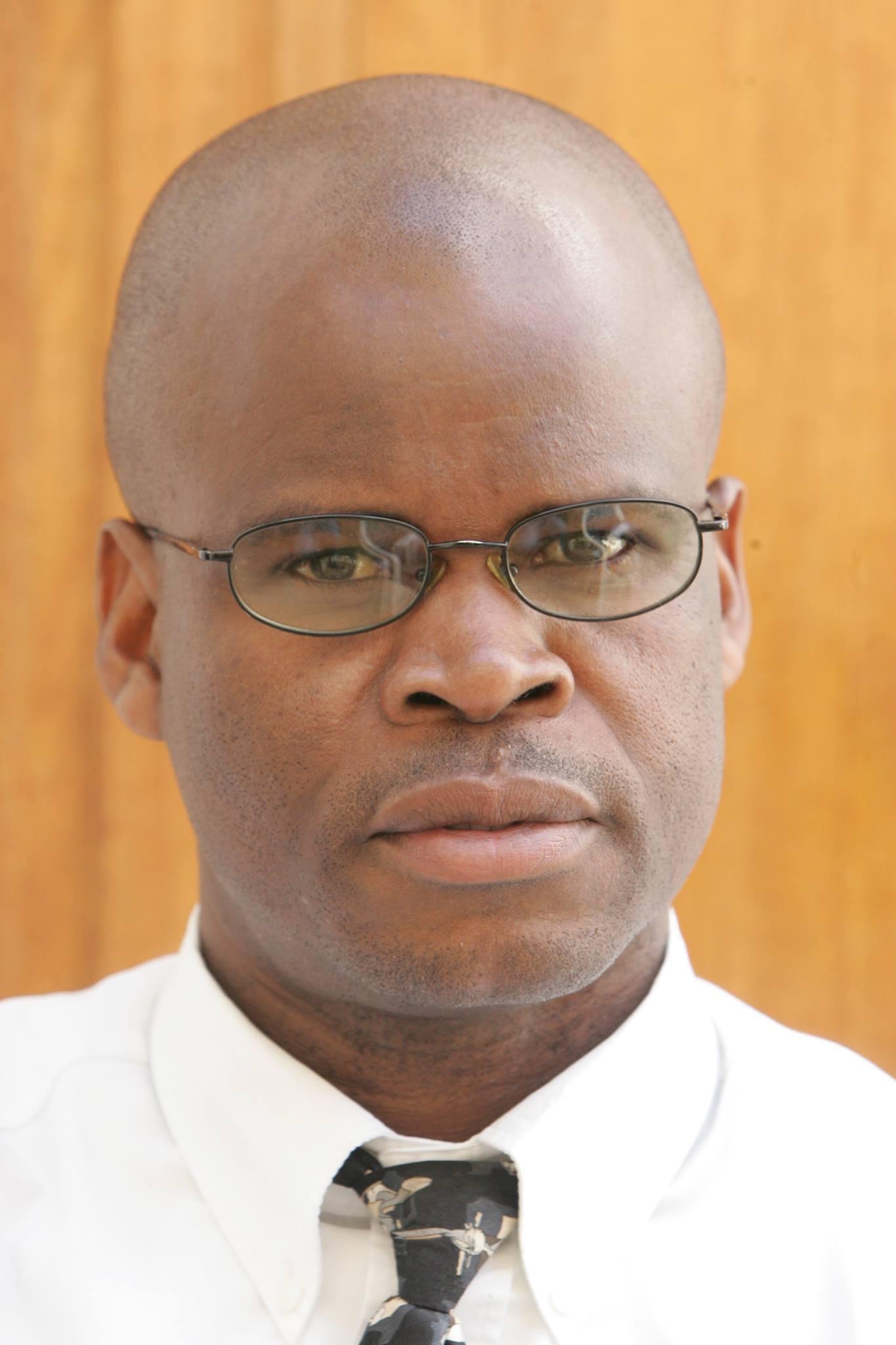 Lefifi Tladi – born in 4 January 1949 in Lady Selborne, Pretoria – is a poet, musician, painter, historian, philosopher and teacher. His involvement in the cultural world began in the mid-sixties in Ga-Rankuwa, a township north-west of Pretoria where he was a founding member of a youth club called De Olympia. Other members were childhood friends like Sir Isaac Nkoana, Anthony Molongwana Makou and Matsobane Legoabe. Their activities included workshops and reciting works by established poets like Léopold Sédar Senghor, Aimé Césaire, James Matthews, Amiri Baraka and Don Mattera.

They were also involved in recreational pastimes like music, dance and indoor games such as table tennis. The music included listening sessions that involved playing black musicians like Mahalia Jackson, John Coltrane, Nina Simone, Big John Patton, Aretha Franklin, Curtis Mayfield and others. The club kept them away from the streets and encouraged meaningful activities for their own development. In 1969, through the help of his father, the young men managed to buy a few instruments like African drums, a piccolo and a guitar. They subsequently formed a band named the Malombo Jazz Messengers, in deference to their jazz elders, the Malombo Jazzmen of Mamelodi – a trio of Philip Tabane (guitar), Julian Bahula (drums) and Abbey Cindi (flute).

They would later be known as Dashiki. Members included Rantobeng Oupa Mokou (vibra- phone), Gilbert “Gilly” Mabale (flute and saxo- phone) and Laurence Moloisi (guitar) with Lefifi on drums and vocals. They composed their own music and wrote their own poetry, a sig- nificant departure from reciting other poets’ works. Their politically conscious repertoire attracted the interest of Steve Biko and the leadership of the black consciousness movement. They subsequently performed extensively around the country in community halls and university campuses.

The poetry in particular became a conscientis- ing tool for the development of their audiences’ political consciousness. As a music band they became politically and ideologically functional in the context of the black consciousness movement programmes for cultural expression. They were also regulars at the United States Embassy’s jazz appreciation sessions under the tutelage and management of Geoff Matlherane Mphakathi, a mentor and guru who introduced Lefifi to African literature and was the key figure on the Pretoria arts scene. He was instru- mental in co-ordinating events where poets, musicians and painters gathered to showcase their works.

In 1971, Lefifi and his colleagues in the arts fraternity transformed the four-roomed house in Ga-Rankuwa into an art studio, gallery and museum for contemporary black art, with the aim of exhibiting art, stimulating research and encouraging the documentation of African arts. He worked with, among others, Mphakathi, Nkoana, Victor Mkhumbuza, Fikile Magadlela, Harry Moyaga, Motlhabane Mashiangwako and Matsobane Legoabe, a photographer from Mamelodi to document artists and their works. It was through Nkoana’s influence that he also became a sculptor.

These artists built an impressive collection of slides and newspaper reports on everyone involved. At the same time, through the cultural wing of the black consciousness movement, CULCOM (cultural committee), they organised several black art exhibitions and workshops at some of the major black universities and schools because they were aware of the serious side effects of Bantu Education, a system that discouraged black people’s creative genius. These programmes were therefore very positive and enlightening. However, the museum was forcefully closed in 1974 by the apartheid authorities.

Following the outbreak of the 16 June 1976 student uprisings, Lefifi and other artists within the black consciousness movement were arrested and detained by the apartheid security police. On his release he fled into exile in Botswana where he and fellow artists established TUKA, a cultural formation aimed at organising group exhibitions and sustaining working relations with artists at home in South Africa. In 1977 they participated in Festac ’77, the pan-African international festival of arts and culture in Lagos, Nigeria.

The month-long event and the second of its kind and stature after the one held in Dakar in 1966, Festac ’77 was a celebration of African culture that showcased to the world African performing arts, visual arts and literature. Those who participated at the historic gathering included Miriam Makeba, Stevie Wonder, Franco, Gilberto Gil, Louis Moholo, Dudu Pukwana and Osibisa. For Lefifi, Festac ’77 was a great event and an eye opener. He was in the company of some of the greatest artists from the continent and the Diaspora.

At the same time he was exposed to some of the greatest works of art by African painters and sculptors. On their way back to Botswana, they performed in countries such as Tanzania and Zambia. In 1980, Lefifi headed for Scandinavia to study fine arts and art history at the Gerlesborg School of Fine Art in Stockholm, Sweden. The courses made him realise the importance of what he and Dashiki were doing back home in the seventies; how to be con- scious of one’s cultural identity – an Afrocentric perspective – while being conversant with all other art forms from different cultural backgrounds.

He travelled across Europe participating in various events that created awareness of the antiapartheid struggle in South Africa. These included Art Against Apartheid in Holland, End White Rule in Black South Africa – sponsored by the Swedish International Development Agency (SIDA) in Sweden and the 1986 Wole Soyinka Nobel Prize tribute exhibition at Puck Theatre in Stockholm, Sweden. In 1983, Lefifi recorded a live album Tribute to Nomazizi, dedicated to his daughter, with Tommy Adolfsson (trumpet and conch), Tommy Skotte (bass) and Nisse Danielson (drums) at the Umeå Jazz Festival held in Umeå, Sweden.

One of the tracks on the album is homage to fellow painter, Winston Masakeng Saoli. The album reflects the beauty and power of spoken word in music form. Over the years Lefifi has performed with numerous other renowned po- ets and musicians including Mickey Baker, Ar- timo, The Brus Trio, Zim Ngqawana, Tlokwe Sehume and Andre de Lang, to mention but a few. He co-wrote music score on Giant Steps, a 2005 documentary film about his life. It was dedicated to the memory of Geoff Mphakathi, who also directed it alongside Aryan Kaganof.

Mphakathi passed away in 2004 during the making of this film. A musician, poet, cultural activist, teacher, jazz appreciator, philosopher, artist, book publisher and much more, he also managed the Malombo Jazzmen when they walked away with first prize at the 1964 Castle Lager Jazz Festival at Orlando Stadium, Soweto. He worked closely with legendary pho- tographer, Ernest Cole and jazz musician Moss Mogale, among others. Mphakathi’s Mamelodi West home in Pretoria was a cultural haven pa- tronised by a variety of young artists hungry for knowledge, guidance and inspiration.

Sam Mathe is an award-winning journalist and founder of www.jazz life.co.za