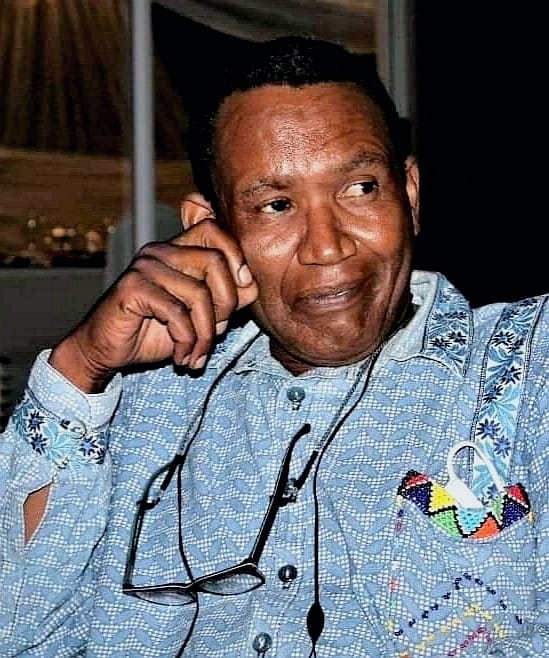 We publish an “Introduction” by DR LEBOGANG LANCE NAWA from his 589-page anthology, ‘Culture and Liberation in South Africa: From Colonialism to Post-Apartheid’ which is the ultimate riveting treasure trove by some of South Africa’s most gifted cultural producers.

The struggle against Colonialism and Apartheid in South Africa was waged from several fronts. The political flank has thus far enjoyed prominent commentary through various outlets. Narratives on the role of culture have been muted, few and far between; broadcast almost always by secondary sources such as researchers, academics and journalists. Ironically, the feasibility of liberation in South Africa would have been unimaginable without the indelible contribution of artists and practitioners in their individual and collective capacities.

Actually, there were intervals along the treacherous road to freedom when cultural practitioners became the faces of the struggle, amplified its rhetoric and dictated its tempo or pace. In this regard, Black Consciousness philosophy singularly stands out as a flag bearer of the cultural revolution inside South Africa; filling the void left by the banning and exile of political organisations. The long haul by cultural activists drags as far back as the nineteenth century before the existence of modern political parties.

The first known recorded cultural clarion call against Colonialism was made on 1 June 1882 by Isaac Williams Wauchope through a poem exhorting cultural activists to ‘fight with the pen’; from which mantra or slogan it is argued that the modern equivalent, ‘culture as a weapon of struggle’, finds resonance, if not origin.

Born under the surname Dyobha, but subsequently changed to Wauchope by the Scottish Missionary Joseph Williams, under whom his parents became Christian converts and devoted disciples, the poet used a nom de plume of I.W.W. Citashe to publish this poem (http://pzacad.pitzer.edu/NAM/xhosaren/writers/wauchope/wauchopeQ.htm) written in isiXhosa in the first Black-founded and owned newspaper, Isigidimo sama-Xhosa. Titled, Fight with the pen, the poem reads:

Your cattle are gone, my countrymen!

And turn to the pen.

For that is your shield.

Your rights are going!

So pick up your pen.

Load it, load it with ink.

Sit on a chair.

Repair not your Hoho

But fire with pen.

Although the literary scene in the Eastern Cape at the time was populated by other Xhosa poets like William Gqoba, Samuel Edward Krune Mqhayi, MK Mtakati and Jonas Ntsiko, Wauchope’s poem changed the course of history, thus:

This extraordinary potent poem captured the historical project of African intellectuals from Tiyo Soga through Pixley ka Isaka Seme to R.V. Selope Thema: creation of African modernity through the ideologies African Nationalism and Christianity, and through the historical and cultural constructs of education and civilisation. (http://pzacad.pitzer.edu/NAM/xhosaren/writers/wauchope/wauchopeS.htm)

The activism of missionary educated intellectuals that included, among others, Z. K. Matthews, Elijah Makiwane, John Knox Bokwe and John Tengo Jabavu resulted in a network of education and political formations; the latter of which culminated in the establishment of the South African Native National Congress which was later to be renamed the African National Congress (ANC). Their British missionary education demeanour or gentility of aspiring to be accommodated in the colonial society as respectable equals exempted from multitudes of illiterate people in a society from which they originated, influenced them to shift the approach of the struggle ‘of their forefathers from war [against land dispossession] to rational argument’. Hence, ANC came to assume a reformist rather than radical or militant posture for decades, characterised by deputations and letters as forms of engagement with the colonial masters until the 1960s when armed struggle was adopted as a last resort. This is a period marked by the extract from the poem, Red Our Colour, by A.N.C. Kumalo (a nom du guerre for Ronnie Kasrils):

Let’s have poems blood-red in colour ringing like damn bells.

that tear at the oppressor’s face and smash his grip.

In spite of postures adopted by cultural activists, from the period of colonial exemption through peaceful and respectable sensible engagements to the one of militancy, they were not spared from detentions, banning orders, censorships and assassinations. Many, like Wauchope, were jailed and subsequently wrote under different names, left the country in droves for exile. One such was the renowned musician Miriam Makeba who, on 16 July 1963, became the first South African musician to address the United Nations’ Special Committee Against Apartheid which was by then already declared a crime against humanity.

As the first person to be exiled from South Africa due to her exposé of the ills of Apartheid through her artistic work, the songstress, affectionately nicknamed Mother Africa, was by then a resident of Guinea at the invitation of President Sékou Touré who had enlisted her into the country’s network of performing artists with whom she toured the continent widely as ‘a highly effective envoy for Guinea’s progressive cultural policies’. Makeba had appeared at the UN as Guinea’s delegate to raise pertinent issues regarding political turmoil in Africa in general, as well as the country of her birth, South Africa.

Makeba’s address came days later after another South African, a scholar and writer, Patrick Duncan, had addressed the same committee about the country. These activities emboldened artists to fortify their individual and collective struggles against Apartheid. More and more artists went into exile to pursue solo careers or to form or join organised arts groups such as the Mayibuye Cultural Ensemble, Amandla Cultural Ensemble, Medu Art Ensemble, PITSO, and so forth. Tons of literature was produced about the role of these structures, yet very little was captured in South Africa.

Needless to acknowledge that the artists who remained behind in South Africa also made their disapproval of Apartheid conspicuous through songs, plays, poetry, novels, fine arts, and so forth in their individual or collective capacities. Accordingly, a number of arts organisations also mushroomed all over the country over time as the pace of the struggle gained momentum. To name but a few: Dashiki, African Writers Association (AWA), and the Congress of South African Writers (COSAW). The numbers dwindled drastically, almost to extinction, immediately after the first democratic elections, signaling that artists, in bestowing their confidence in the new government on the one hand, almost automatically relinquished their civic oversight duties solely to politicians.

This has since come to haunt the sector as it was now pushed to the back burner of South Africa’s political discourse. The once powerful cultural force is now a fragmented entity, emitting brittle whispers for ideas. Thus, the country is now traversing into the future devoid of the cultural voice. Against this backdrop, this book seeks to rekindle the spirit of emancipatory cultural renaissance through the reconstruction of the role of culture in the national liberation struggle by giving platform to the actual voices, sounds and images from ‘the trenches’ that inspired the general public and political activists into a formidable collective force that eventually collapsed the Apartheid system.

In this way, the book presents fresh untested views by artists as primary sources untampered by academia or quasi academia in its epitomes. Their own voices link the biography with history and future cultural vista for South Africa and export. Ironically, personal ownership of opinions by cultural practitioners debunks, as is the case with the discovery of the authentic source of the short story genre by Black South African writers in the chapter, People’s Literature: Review of a collection of short stories published in The Guardian from 1938 to 1962, long-held false epistemologies by the academia, especially the English literature domain, in this case, about the genuine origins of the craft.

Consequently, the book becomes a compendium that provides compelling reading for remedial knowledge (re)construction and dialectical conversations on the role of culture in the past and trends in a contemporary post-1994 discourse. This claim is premised on the assumption that emancipatory cultural development emerges ideally when people recognise that their current status quo has inherent fundamental flaws that ought to be tackled head-on, because to paper over societal cracks in this regard has the potential to create more disillusionment to what was considered to be progress in uniting people. The end result is further polarisation of the already fracturing nation even before its formation. Thus, one of the best ways to avoid this is to work relentlessly towards a genuine sense of citizenry that think and speak for itself directly and a government that do not only hear it, but listen attentively in order to represent in application or implementation its authentic aspirations.

Accordingly, the book is formatted as an anthology of personal memoirs, biographies, articles, tributes, interviews, photo-essays and so forth, of contributions by cultural practitioners in the liberation struggle against Colonialism and Apartheid.

The scope of themes, from the colonial period in South Africa to the post-apartheid era virtually encapsulates the history of the role of culture in the liberation struggle of four centuries (400 years) into one book; something about which there is no knowledge of a similar offering before in book format, including in academic dissertations. Thus, the book is destined to be the most seminal of all times on the subject. The ripple effect for further research and other initiatives in the academia and arts sector cannot be underestimated. It is speculated that dissertations, educational textbooks, and artistic productions will sprout from this source.