A full embodiment of “Batho Pele” principles: A tribute to Thabang Sejake by Saul Molobi 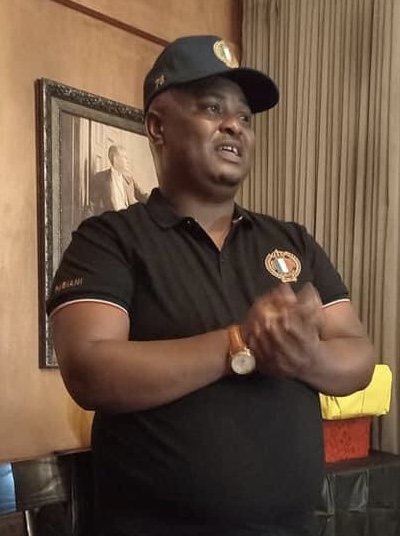 Dear Death, although that English bard, John Donne, challenged you to undervalue your pride, trust me I don’t completely concur with him. I give it to you that you’re extremely competent in dishing out double brutal doses of the destruction of lives of those passing on and those surviving the deceased. First, is the life you extract out of someone else’s body and we have to inter their mortal remains. As they pass on, they’re saved from the excruciating pain as their soul’s departure into the heavens – which is often described as “untimely” though I fail to see any logic in such characterisation because as far as I’m concerned, it will never be “timely” – and their mortal remains are buried later to turn into dust. Perhaps that’s what inspired Donne’s poetic rendition that they will never suffer any pain.

Yes, although the same offer you made to me in November 2016 appeared attractive and tempting, I declined it because I was well aware of its impact on some of those who were to survive me. Someone else’s death is more damaging to those genuinely closest to them because they have to live every second of their lives carrying the burden of unparalleled anguish arising from such eventuality – described as such because we’ll suffer it.

Although you’ve been killing people – close to us as family, comrades and friends – like flies since the outbreak of COVID-19, this week you’ve dealt me the heaviest blow that has left me numb since Sunday. You took away Thabang Sejake, a friend, a brother, a selfless care-giver and my unsung hero who wouldn’t make news headlines. Though a mere porter at the Tshwane Rehabilitation Hospital, he was an extraordinary person. His job specification as a porter was pushing us in our wheelchairs from our wards to everywhere we needed to be within the hospital precinct. In terms of the public service ranking, he was quite a junior official.

I nicknamed him Commander – because his positive work ethic, his sense of sociability, his empathy, and his effortless perception of patients as humans deserving all respect – made us his paratroopers – patients with newly acquired disabilities receiving treatment at this hospital – to feel we weren’t “children of a lesser God”. A flambouyant character; full of insatiable amounts of infectious laughter; though hefty in size, full of energy and chutzpah; reassuringly caring; and highly inspirational to those of us entering a new epoch in our lives as people with disabilities in the world to which we were previously oblivious to.

As during the first month of my hospitalisation I was bedridden, I always heard his voice reverberating along the corridor; coming into my ward to fetch the three patients I shared my ward with; or seeing him wheeling past my door one patient after another as they went for breakfast and lunch. For some reason, after we introduced ourselves to each other, he always asked me how I was doing.

Then after a month it was my turn to catch a lift from him. Since I was fully paralysed, he would wheel me into the dining area, and bring other patients too. Then he would leave to go have his lunch too. I was fed by the nurses as I was fully paralysed. After realising he sometimes found me not having eaten because the nurses didn’t come to fetch me (often one nurse mistakenly assuming another was assigned to feed me), he took it upon himself to feed me if after wheeling out his last patient, there was still no nurse to feed me. Knowing the politics of the public service, I knew a junior official like him wouldn’t risk being labelled disrespectful by asking someone as senior as a nurse to go feed a patient. He did it often.

But let me state it categorically that this is no criticism against the nurses. They did their best to ensure all of us were taken good care of. Yes, there were capacity challenges here and there.

One day, no nurse came into my ward immediately after our breakfast and I still had to take my pills. This happened especially when there were taxi strikes in Pretoria, many nurses were forced to arrive late making those present overstretched as there were many patients to be taken care of. I then asked Thabang to help me take the pills that were in a small container by my bedside. He looked at the number of pills and exclaimed:

“Bra Saul, so many pills? Have you opened a pharmacy in your belly?” He then broke into his thunderous laughter as we joined him.

Then I shocked him more. “Please put them into two groups and throw the entire number in a group into my mouth at once.”

“No ways, these are eighteen pills. You can’t swallow all nine at the same time.”

“Try me,” I dared him matter-of-factly.

Yes, I did take them all in two gulps.

As porters don’t have an office, Thabang and Ferdi we forever in my ward. Yes, your guess is correct. We used to make so much noice in my ward. One day one nurse came and asked why they were always in my ward, and he retorted: “This is my office.”

The nurses always pleaded with us to lower our voices. But it wasn’t easy considering the type of colourful characters I was blessed to share my ward with. Top on the list who was even louder than Commander and I was Bra George, a typical Pretoria outjie who mimicked Lady Selbourne’s clever boys. Before we realised it, other patients were soon invading my ward, all laughing their lungs out. My excuse to the nurses was that the afternoon sessions were extremely therapeutic in the sense that besides affirming us as “normal” as normal could be, they also provided us with the kind of escapism that we sorely needed – and this helped to normalise our vitals (some of our blood pressure levels skyrocketed over the weekends because Thabang was off duty).

I also reminded them our therapists didn’t want us to fall asleep during the day in preparation for the hard knocks of life outside of the hospitality of the  precinct where we had to be independent. So we suggested they spared their advice for the police officers who were guarding one prisoner patient to stop making loud calls from 24h00 to 06h00 enjoying those free voice call minutes from their cellphone service providers.

There were instances I felt uncomfortable about Commander’s voice. And I think even my ward mates felt that way too. We’ll be relaxing in our wards when we suddenly heard his voice: “iNumber iNumber, inumber yakhu iphumile. Masihambe!” (Meaning your number has been called, let’s go!” This meant it was time for him to take you to the gym for your session. We most times hated going to go to the gym.

“Bra Saul, we can’t keep JT waiting!” He was talking about my physiotherapist, Tinyiko. I adoringly nicknamed her “Tichawam”, meaning my teacher, although I didn’t give her and Beke military ranks, they were as militaristic as Commander and their ultimate Commander-in-Chief, Mamorongoe. They both applied iron discipline to therapy just like the Commander-in-Chief.

One day Bra George, who attended therapy in the neuro section, said: “Bra Saul, why didn’t you tell me the news that Mamorongoe gave you a hard time and made some male patient leave the gym crying.”

I looked at Alwyn giving a wry smile because Bra George was talking about him. “She’s tough. She made a guy previously conscripted as a soldier to wet his pants and left the gym dishing out profanities.”

He then raptured into a thunderous laughter as I observed Alwyn’s face turning literally red. I interjected. “No need to feel offended Alwyn because here most of us have inserted catheters, so in a way, I’m wetting myself.”

My intervention helped Alwyn to relax but before the tactless Bra George could say something more offensive, Thabang’s voice saved the day as he came into the ward: “iNumber inumber… “

One day the hospital management allowed a caravan to come sell meals in the precinct. The vendor was very strict as she didn’t allow anyone to buy patients “kota” without the dieticians approving. One day I pleaded with Thabang to buy a full-house “kota” for himself but come have it in my ward. And yes, I blackmailed him into sharing the delicacy with me. That was the best taste ever after having tasteless hospital meals for many weeks.

Commander and Ferdi feature prominently in my book and the many Facebook posts I did chronicling my one year-stay in hospital.

After I was discharged but still consulted as an outpatient on quarterly basis, Commander, Ferdi and I would buy full-house “dikota” for lunch. The staff will tease Commander and I that our weight was ballooning outrageously because of being misled by Ferdi who is as tiny as a 14-year old. I retorted that if a lion was to escape from the nearby Pretoria Zoo, it was to enjoy Commander and I for lunch and then use Ferdi as a toothpick.

I maintained my friendship with Commander, we visited each other’s homes, but above everything else, he always asked me if I still had enough medication. And every Sunday before my quarterly Wednesday check-up, he would send me a reminder. If I didn’t arrive in hospital by 9h30, I knew I would receive a call from him berating me for running late. He always said: “We don’t want you back at the rehab as a patient, so take care of yourself.”

He would come to my house and then ask where my hammer and screwdrivers were. He would then fix what he thought needed to be fixed. When I asked him not to, he would say: “Bra Saul, look at your fragile plastic fingers, they can’t even roll pap into a chewable piece.” He would then sign off with his infectious laughter.

Last week I sent his wife a WhatsApp text message as I’ve been doing for the past three weeks he’s been in hospital: “Please tell Commander that we, his paratroopers, will find it difficult to confront the challenges of life without him occupying the most forward trench in our daily battles. We demanded that he recovered.”

While I’m shattered by my Commander’s passing on, I shudder to think how Ferdi is because they were like “a finger-and-nail”, as we say in Setswana.

Heartfelt condolences to the Commander’s wife, family, colleagues and friends. He was the full embodiment of “Batho Pele” principles. He was a gentle soul. Goodnight, my Commander.