An empowerment advocate and an entrepreneur to the core: A tribute to Khehla Mthembu 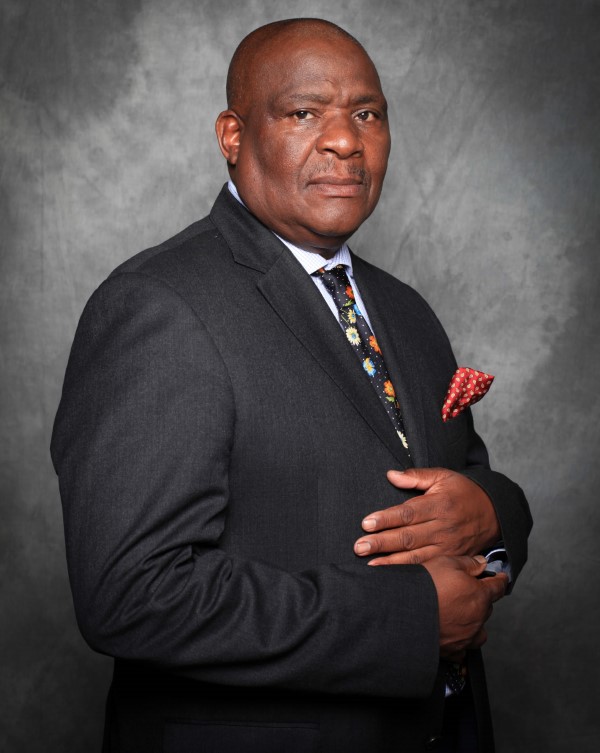 The Mthembu family pays tribute to a pan-African business trailblazer, Khehla Mthembu, who forged inter-regional trade between southern and Eastern Africa. He was laid to rest on Wednesday, 14 July 2021.

“Khehla…Mta ka Namasango” gogo Mathwala called out from the rickety metal fence dividing the four-room duplex in Zola township. What had the naughty boy with a mischievous smile done now? Born the second son and fourth child of Mozambique migrant parents James and Maggie (Nee Masango), Khehla Mthembu would spread his lopsided smile and charm the hearts of South African in business and politics as a pathfinder and leader in dark times when leaders were few.

Born in Moroka Shelters (Emasekeni informal settlement) in what would later become the township of Soweto on the 12th January 1954,Khehla would live his life committed to the people who like himself came from Emasekeni while creating new spaces for African people to explore the world and gain financial protections.

With his feet planted between business and politics, Khehla lived for the freedom and independence of his people. His grew up in a home of staunch African Methodists who broke from the main church in protest against white domination. His mother though illiterate, raised her family with a feminist spirts of equality and fairness amongst all her children, so began his social education.

His political education started early through his love and passion for books and knowledge. Mama Ellen Khuzwayo recruited him to the Young Women Christian Association (YWCA) and so began his informal introduction to politics. At the YWCA, Khehla would always have a “tail” with him, in the form of his little sister Sibongile (Mthembu and later Mkhabela) and the siblings would grow their consciousness and politics in black consciousness, marking their place in the history of shaping the story of freedom in South Africa. “Ngikukhaphe Khehla?” (Do you need me to come with you?), would be his little sister’s offer as the two walked through life hand in hand.

Started his High School education under the tutelage of the amazing educator Ronald Mthimkhulu at Naledi High School. Later at Orlando West High School Khehla was a member of the Student Christian Movement (SCM). He was a leading part of the establishment of Teen Outreach, a Christian youth fellowship, raising the political awareness and civic responsibility of young people in the apartheid era. He deepened his leadership role through his involvement in the South African Student’s Movement (SASM).

In October 1977 the South African government banned the black consciousness movement organisations in an attempt to leave a leadership vacuum in the fight against apartheid. In 1978 Mthembu and other young leaders stood in the gap risking their lives. They lead through those dark days of political bannings and student arrests. Khehla was part of the Soweto Action Committee and later a founding member of the Azanian People’s Organisation (AZAPO).

He was detained by the South African security police on numerous occasions for his involvement in the freedom of oppressed and exploited people. Khehla led AZAPO in 1981 and 1982 and later was part of the creation of the National Forum, a broad-based national forum that pre-dated the United Democratic Front. Khehla was at the birthing moments of South Africa’s freedom and helped create the platform for CODESA, and for the national political negotiations to happen through the Democratic Futures of South Africa.

Khehla, so named after his maternal grandfather Samuel was a big heart with an endless capacity to love and create family even where the genetic bonds were weak or non-existent. The Ndlati-Tembe clan is small but Khehla Mthembu has many more relatives, brothers and sisters who become family by his ability to call everyone brother, sister or “cousin” .

Khehla married Pulane Mthembu with whom he built a family with their children Nonkululeko, Mangaliso, Qhakazimbali and Lwazilubanzi. Khehla later married Zinzi Khulu with whom he shared a life with their children Popo, Zanokuhle and Junior Khehla. His third family included Pam Ndaba and daughter Buhle. His family would be incomplete without his his sons Ofentse, Qiniselani, and other non-biological children he came to love. Countless people call him malume, baba, khulu K, uncle K, brother and comrade.

A bag of oranges shared with his mother was the spark of what would be an undeniable passion for business. NaMasango would buy a bag of oranges for Khehla to sell on the train and he would split the profits with his mother. His smile and talent for township dance would make easy work of moving the bag of fruit, peanuts or whatever else he could find to sell as well as training the future businessman. As much as Khehla was committed to the freedom of the people and black consciousness, his true talent was his ability to see opportunities and exploit them for the benefit of the many.

Noting the absence of credible institutions that could bolster the black consciousness principle of self-reliance, Khehla founded his first venture within the Insurance Industry, Afsure Brokers in 1987. Around 1988, in his quest to grow Afsure, Khehla approached his confidant Gaby Magomola then CEO of The African Bank to forge alliances, amongst others they supported and mentored the founders of B3 Funeral Undertakers which became one of the largest and successful Black-owned companies.

Always seeking scale, Khehla subsequently had his eyes on creating the first Black-owned Insurance company to support Afsure. The upshot was the birth of African General Insurance, (AFGEN) in 1991 managed by the trio, Khehla as Managing Director and Gaby as Chairman and Vusi Sithole as Executive Director. AFGEN became the leading insurance house for the South African Black Taxi Association (SABTA). Later they were joined by his other close friend Jabu Mabuza to become the lead Insurance broker for (FABCOS) Foundation for African Business & Consumer Services, a conglomerate of SMME’s spanning transport, construction, Taverns, and agriculture associations.

An important business milestone for Khehla was his entry into the Casino and Tourism Industry, where he became chairman of Sun international appointed by the Legendary Leisure industry pioneer late Sol Kerzner. A Businessman and corporate Executive par excellence, Khehla was CEO and director of several private and public entities including Head of Old Mutual Gauteng and Tourvest.

Perhaps one of Khehla’s ground-breaking milestones was the venture that reintroduced the soft drink brand Pepsi to South Africa. The Pepsi business marked the crowning moment for his many struggles to change the South African landscape.

Khehla’s influence was not limited to his beloved country. His Pan African outlook got him to explore business opportunities for AFGEN in East Africa. Khehla’s influence in Kenya was large and on his own, he helped promote Inter-regional business co-operation between our two sub-regions.

Khehla’s contributions to Black Business Empowerment are varied and will be felt by his peers and new breed of business operators for years to come. While retired, Khehla was still committed to giving back to his people, served on the board of City Power, and consulted in the tourism space as Wananchi.

The flight of golf balls and the chime of wineglasses filled with Chardonnay with a backdrop of Jazz and laughter will forever hold memories of the great Khehla Mthembu. His family has officially lost the only person who could braai chicken, so their summer braais will now be burnt and overcooked from now on.

His smile has charmed us – the orange seller with a heart of gold. Heaven has just started a new round of golf for him.

He is survived by his children, grandchildren, 3 sisters –  Sis Mama, Bongi and Navheti – as well as the many nephews, nieces and everyone uncle K called “family”.

Click this link to watch the video of part of the service: