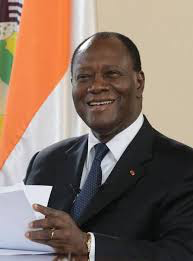 The Intra-African Trade Fair (IATF2023) will take place from November 21-27, 2023, in Abidjan, Côte d’Ivoire. The Ivorian Government has signed the hosting agreement that officially confirms Côte d’Ivoire as the host country for the trade fair organized by the African Export-Import Bank (Afreximbank) in collaboration with the African Union (AU) and the African Continental Free Trade Area (ACFTA) Secretariat.

The agreement was signed by Professor Benedict Oramah, President and Chairman of the Board of Directors of Afreximbank, Mr. Prudence Sebahizi, Chief Technical Adviser on AfCFTA, on behalf of H.E. Wamkele Mene, Secretary General of the AfCFTA Secretariat, H.E. Albert Muchanga, AU Commissioner for Economic Development, Trade, Industry and Mining and H.E. Souleymane Diarrassouba, Honourable Minister of Commerce and Industry of Côte d’Ivoire.
The signing ceremony held in Abidjan on March 25 was also attended by H.E. Chief Olusegun Obasanjo, Chairperson of the IATF2023 Advisory Council and Former President of the Federal Republic of Nigeria, H.E. Mr. Patrick Achi, Prime Minister of the Republic of Côte d’Ivoire, Mr. Jean Louis EKRA, Former President of Afreximbank and Deputy Chairperson of IATF2023 Advisory Council, as well as Members of the Board of Directors of Afreximbank, Afreximbank Executive Vice Presidents and the Managing Director of Intra-African Trade Initiative.

IATF2023 will be the third edition of the African continent’s premier trade and investment event, following the resoundingly successful second edition, which was held in November 2021 in Durban, South Africa, and realised over $42.1 billion in trade and investment deals, 1501 exhibitors and over 32,500 attendees from 128 countries across Africa and beyond.

Delivering the keynote address on behalf of H.E. Alassane Ouattara, President of the Republic of Côte d’Ivoire, Mr. Patrick Achi, Prime Minister of Côte d’Ivoire, said he was convinced that the next edition of IATF in Côte d’Ivoire will be a resounding success thanks to the commitment of an entire country.

“It is obvious that the coordinated and successful organization of this event will contribute to consolidate the intensity of relations between our African nations and the various economic zones of the continent,” said the Ivorian Prime Minister. “The third edition of IATF in Abidjan, expects to reach nearly 40 billion dollars in trade agreements according to forecasts announced by Afreximbank. To achieve this goal, since the official announcement of the choice of our country to host the third edition of IATF, considerable collective work has been undertaken and continues between the Ivorian Government, the Ivorian business community and the IATF Advisory Council.”

Also speaking, H.E. Chief Olusegun Obasanjo said that IATF2023 Advisory Council is committed to delivering, together with its partners and the host country, a resounding third edition of the Intra-African Trade Fair in Abidjan.

“I invite Africa and the World to IATF2023 as we move towards building an integrated and prosperous Africa,” he told the audience, which included members of the Diplomatic Corps, Government officials and corporate leaders. “The intra-African trade fair is one of the innovative and workable ways to bridge the gap in trade and market information. It also offers the business community, not only in West Africa but across the continent, the opportunity to connect with each other and make business deals,” added Chief Obasanjo.

In his remarks, Prof. Benedict Oramah said that Côte d’Ivoire is in a very strong position to benefit from hosting the Intra-African Trade Fair.
“Côte d’Ivoire hosts the IATF when the Fair has matured and now stands firmly on its feet. With the worst of COVID-19 pandemic behind us, we would expect about 15 to 20 thousand participants in Abidjan, including investors searching for new opportunities in Côte d’Ivoire and the broader African market, buyers and sellers seeking new trading partners, as well as policymakers and governments,” he stated.

H.E. Albert Muchanga expressed his confidence that “the Government and people of Côte d’Ivoire will be able to overcome any challenges that may emerge in the preparatory process and give us a third edition of the Intra-African Trade Fair that would bear the very visible signature of distinct success.”

Delivering a message from H.E. Wamkele Mene, Prudence Sebahizi declared that “the signing of this hosting agreement is a significant step under which the government commits to host and support the work of IATF.”

“This host country agreement will serve as a guidance to bring together our state parties and ensure a higher participation of all African countries at the IATF2023,” he added.

H.E. Souleymane Diarrassouba, Minister of Commerce of Côte d’Ivoire revealed that, given the importance that the Ivorian Government attaches to this important event, Prime Minister Patrick Archi has agreed to chair the steering committee of the national organizing committee for IATF2023.

“Côte d’Ivoire will take all necessary measures to ensure the success of this event which is perfectly in line with the national development plan 2021-2025 which gives a prominent place to the private sector,” he said.