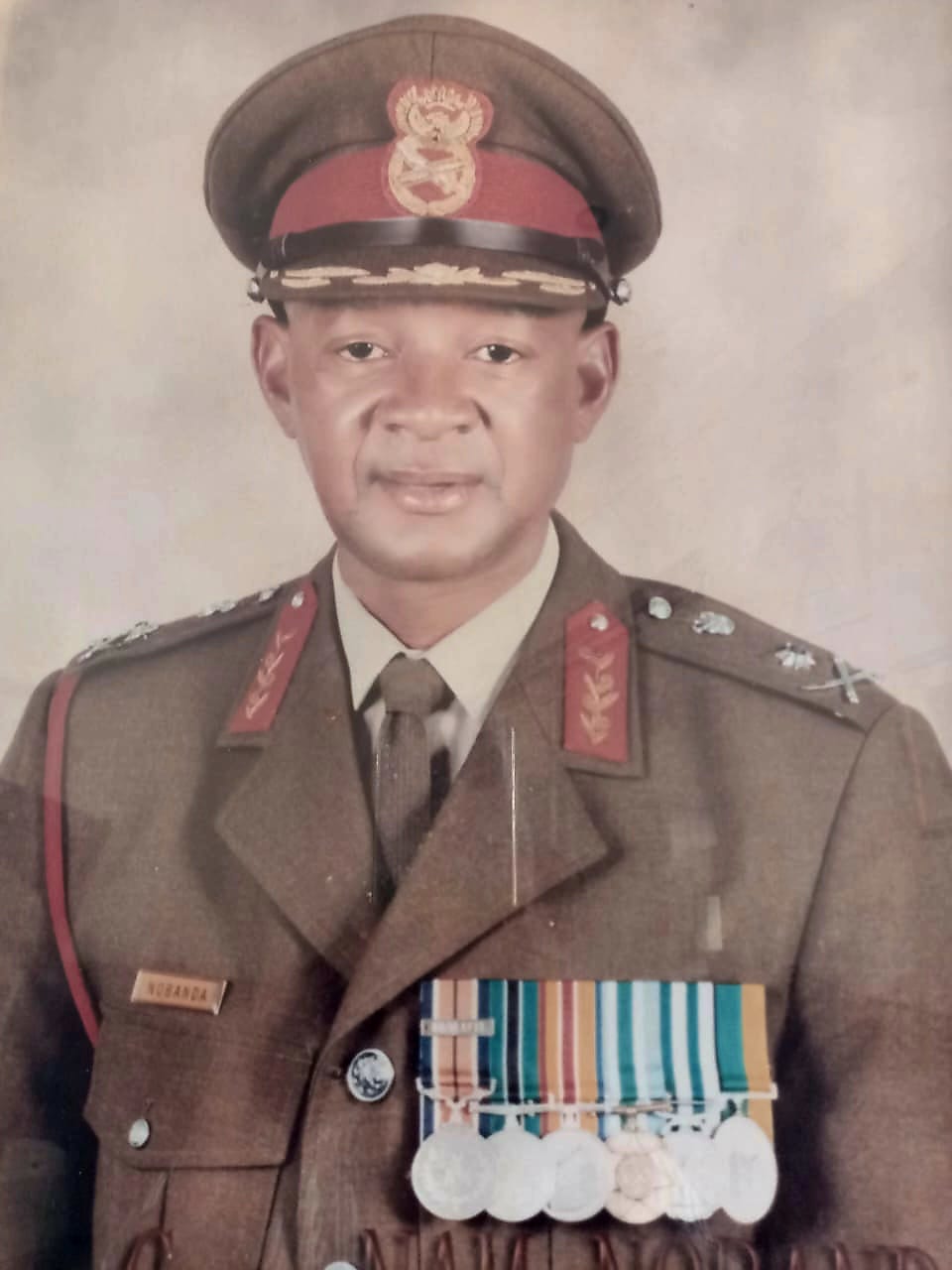 On Tuesday, we witnessed a special send-off for Brigadier-General Nzima Aaron Menhlomakhulu Nondaba who passed away last Wednesday, 19th October after a heart attack. His death came after his 70th birthday early this year which was celebrated on 22 February 2022.

At some point, as many speakers heaved words of praise to our fallen hero, it felt like the late general, who had demonstrated such a strong commitment to the liberation struggle, was still alive and eavesdropping on what was being said about him. It was his bravery that made him accomplish extraordinary work ensuring that the people’s dream to be free from oppression was made real.

Born and bred in Soweto (Orlando), at a very young age he witnessed the suffering of our people and threw himself into the deep end. As speaker after speaker told the mourners, following the banning of the liberation movements and the arrests of our leaders, and likewise influenced by his late elder brother Sidumo, who was known as Fly, he provided security to the Mandela home and family.

When the general worked as a traffic officer in Johannesburg, he used his employment as a cover to courier material for the ANC in and out of the country into Swaziland where he had been introduced to Stanley Mabizela, who later became the official representative of the ANC. This was followed by recruiting individuals in Soweto for Umkhonto we Sizwe (MK). It was the general who introduced retired General Sphiwe Nyanda to Mabizela.

When the 1976 uprising took place he was already based in Swaziland as he had become a target of the notorious Special Branch. I explain in ‘Scattered: A Personal Story of the 1976 Generation’, how I met the general in 1976 in Manzini, Swaziland. I was introduced to him by Timothy ‘Tim’ Maseko and Stanley Mabizela.

He was the one who helped move several youths that had arrived in Swaziland with me to the ANC houses, among them, Brian Luvuyo Hoga (MK Borifi ‘Scratch’ Ntathela), Ephraim Mbulelo ‘Ali’ Phako (Retd. Gen. Phako – MK Makabokwana Makhosini) and the late Mlungisi ‘Lungi’ Daweti.

After undertaking all the relevant training, he was posted back to Swaziland as the Regional Commissar. Sipho Twala, one of his comrades in the underground structures, gave an account of the action-packed assignment that General Nobanda executed with plenty of near-death scenarios.

The general came to be known as Tom ‘Grenade’after an explosion that shook the otherwise quiet and peaceful kingdom. He was sent to prison in Matsapa, then declared a persona non-grata and afterward deported. He had made his mark overseeing his unit’s missions that conducted military attacks against the enemy inside South Africa.

As Joy Rathebe, a friend who grew up with the general put it, his name and heroic deeds should be etched in monuments for future generations to learn about them. Many other comrades spoke amplifying the sacrifices that the 1976 youth made by, among other things, pledging to serve the people of South Africa and giving their lives to the struggle.

General Nobanda was an accomplished carrier of academic qualifications from various universities including a Post Graduate Diploma from the University of Warwick and was also a luminary of the South African National Defence Force. It was therefore proper that he was honoured with a full military funeral accompanied by a 21-gun salute.

General Nzima Nobanda had met and married Amelia Ncamsile Maia in Swaziland and had been together for forty years until he met his death. He is also survived by Kensi and Bianca, his two daughters, three grandchildren – Alex, Zoe and Armani; four siblings – Nomathemba, Zanele, Matiti and Ncinci and predeceased by his son, Alex and daughter, Lulu.