Dr Khulu Mbatha: Speech at the launch of Amb Mabuse Mampane’s book: “My Journey From A Rural Herd Boy To MK Soldier And Then Ambassador: An autobiography” 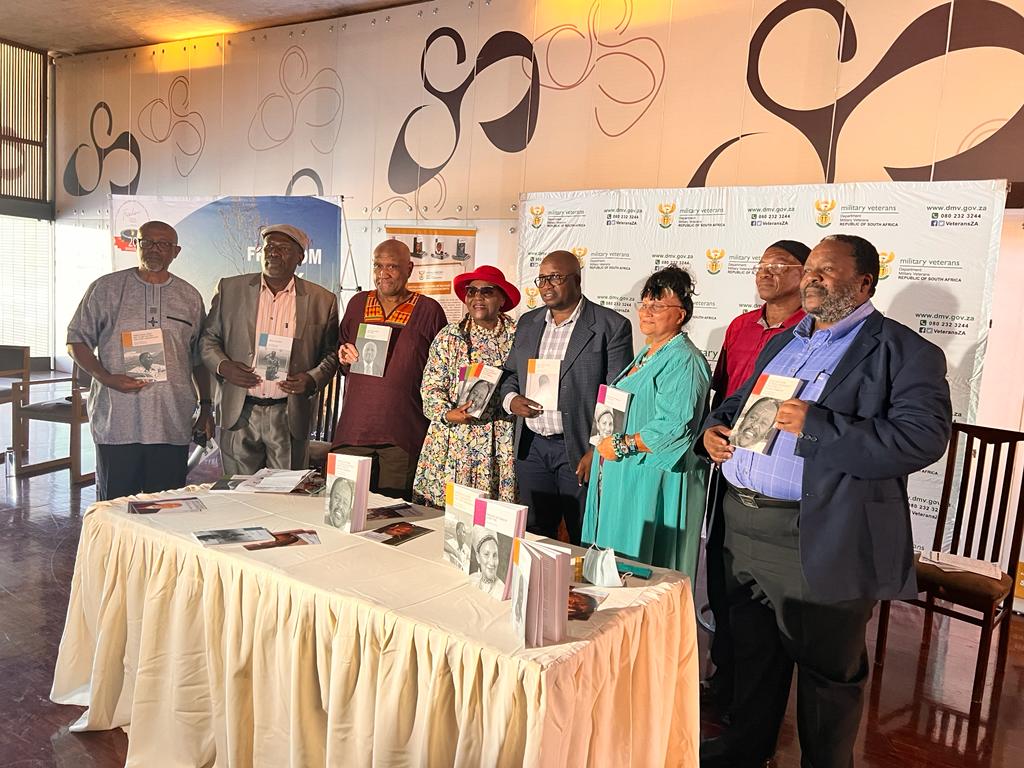 This speech was delivered at the Freedom Park Heritage Site Museum in Pretoria on 1 April 2022.

I am very humbled and grateful to Ambassador Mabuse Mampane (popularly known by his MK nom de guerre Reddy Mazimba) for asking me to put his manuscript together. At first, I was not sure if I will be able to accomplish the task as I didn’t know where I was going to start.

From the outset, let me say this: Ambassador Mampane had been recording his life story since after 1994 when he became our ambassador to Angola. He had done it in such a way that when he gave me the piles of paperwork to go through, it did not take me long to see that he had actually made an earnest effort to reflect on his life from childhood to the time we achieved our freedom.

Ambassador Mampane never attended a formal school at all until he left for exile. Many of you are familiar with the struggle of the people of Sekhukhuneland, which later became part of the Northern Transvaal under the Boer regimes, and then under apartheid in 1948 and culminated in the 1958 Sekhukhuneland peasant revolt of the Pedi people.

Growing up in a community that was robbed of land and severely suffered from forced removals, from childhood he became a herd boy for Afrikaner farmers, and he ended up a garden boy, in Pretoria. Trying to survive in Pretoria and having to carry a passbook, he met other Africans who introduced him to a night school near Marabastad, and this is where he met people who recruited him into MK, like Johhny Mosupye. Mosupye was later arrested and spent many years with the Rivonia trialist in Robben Island.

Ambassador Mampane arrived in Dar-es-Salam and joined OR Tambo, among others, sleeping in the same house with him. This was the first group of MK recruits that went to train in Algeria after Nelson Mandela and Robert Resha had been there. Those days they left on trucks on tarred, semi-tarred and gravel roads and boats meandering through the Nile River. This group included people like Leonard Pitso, Teddy Ncapayi, Martin Skosana, and Alfred Willie, among others.

Some years later he was tasked by the leadership of the ANC to establish the first security component within the ANC in Lusaka, Zambia. He did his training among other places in the former Soviet Union, and current Ukraine.

Armed with these skills a year or two before the Soweto uprising, he was appointed by the organisation as the chief representative in Tanzania. With thousands of youths arriving from the frontline states into Dar, overseeing these multitudes of people in one city, the place became a nightmare for both the organisation and the Tanzanian authorities. This is where his expertise was tested and proved to be of major help to the organisation.

As a diligent worker, he sometimes did not sleep, dealing with documents of those entering Dar. The youth had to be separated between those who wanted to further their studies and those who will later be sent to Angola for military training. At the same time,  Cde Reddy’s structure had to sifter through the paperwork to check for those that were sent by the enemy.

Again, the pressure was on him to deal with the complaints from the authorities regarding incidents involving the youth from South Africa that turned Dar-es-Salam upside-down.

“When I reported to Lusaka that the problem was growing and that the students were getting out of control, Comrade Nzo asked me to approach the Tanzanian Government. I was to ask the Government for a piece of land outside the city where the students could be accommodated, and a school could be built for them.”

The answer was positive. But Ambassador Mampane was asked to go and negotiate with the authorities in Morogoro for such a piece of land. He met the first female district commissioner of Tanzania, Anna Margareth Abdallah, popularly known as ‘Mama Anna’, a qualified educationalist and principal, a member of the ruling Chama Cha Mapinduzi party. The rest is now history. She identified Mazimbu, planted a “friendship tree” and was on sight almost every day checking if the ANC was serious about building the school, which was later named SOMAFCO. She became an unofficial ambassador for the ANC in the government of Tanzania. Mama Anna moved on to become a Regional Commissioner, a Minister occupying various cabinet positions, and a leader of the Women of Tanzania. In 1995, she was awarded the Order of the United Republic of Tanzania.

Therefore, it is none other than Ambassador Mampane who actually founded the Solomon Mahlangu Freedom College. And his story is proof that had there been no apartheid, many ordinary citizens of this country, Africans in particular, would have educated themselves and contributed to the well-being of our nation. Because of these tasks, Ambassador Mampane was the longest-serving chief rep in East Africa.

After the assassination of Cde Joe Gqabi in Harare, Zimbabwe, he was posted there. He started building relations with the Zimbabwean government, which at the time were not at their best because of the ANC-ZAPU historical connections. When his efforts exhibited progress, and President OR Tambo was able to visit Harare, the apartheid regime intensified its attacks on the ANC. He survived several attempts to assassinate him in Harare. The offices and houses of ANC people were attacked and bombed several times during his stay there.

In the period in-between, Ambassador Mampane was able to lure South African spies out of South Africa to come to Harare where they were captured and sent to Zambia and Angola. His recollections of the Olivia Forsyth spy saga are fascinating.

The ANC appointed Mampane to be in the coordination structure that was responsible for the supervision of the security details and the smooth running of the CODESA talks. Hence, he was one of the first cadres to enter South Africa to consult with the regime’s authorities responsible for security matters. Post-1994 he relates his experiences as South African Ambassador to Angola, Sudan and Swaziland, and re-connecting with a family he had last seen decades before and a sister he had not met until his return to the country in the 1990s.

In his own words he says:

“There are no words to express my satisfaction with the realisation of my dream to write my own autobiography. Without the DMV intervention and support, this project would not have taken place. My wife, Gloria, my children, my whole family, and I, are grateful for this. I encourage the department to continue with this project and to establish a permanent structure that would help many others to tell their stories of struggle. The youth of this country has not benefited from knowing many of the challenges that were faced by us during the liberation struggle in pursuit of the freedom we have today.

“I also wish to congratulate all the other authors who joined me on this journey, reflecting on your lives and challenges. Our nation and the education system stand to benefit a lot from your efforts.”

This is a must-read!