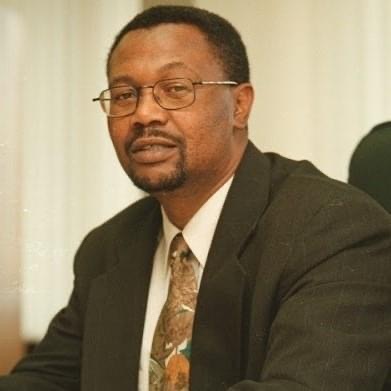 It is very difficult to speak of Thabo in the past tense. Thabo is alive – as long as what he stood for is alive: he is alive and with us. He is everything that the ANC stood for and had wanted all its members to be.

Before returning from exile, I met Peter Mokaba and Rapu Molekane – leaders of SAYCO, in Stockholm, Sweden, in the presence of OR Tambo and Nelson Mandela (just a month after his release, March 1990). A year earlier I had encountered this resolute, loyal and disciplined servant and cadre. He was en route to the 13th World Festival of Youth and Students (WFYS 1–8 July 1989) in Pyongyang, North Korea. Here at home, I came to know others, like Mpho Lekgoro (Deputy Secretary), Ignatius Jacobs (Treasurer General), Mnyamezeli Booi, Andrew Dipela, Kgaogelo Lekgoro, Fébé Potgieter, Derek Masoek, Parks Mankahlana, Jerry Ndou, and many others. I am fortunate that I was able to work very closely with some of them. May the spirits of some of the departed ones rest in peace. Please prepare for Thabo’s spirit to join you.

“Freedom or Death, Victory is Certain” still echoes in my ears today. You still remember “Roar, young lions, roar!”. This was the Youth League that succeeded the ANC YL of the 1950s after the ANC was unbanned in 1990, taking over from formations established internally and outside the country.

Thabo belongs to this generation. He grew up and graduated in those structures and became an asset of note to the organisation and equally so to the public at large. He was a servant, and his motto was: work hard in order to achieve your goals. Be honest with your circumstances, tell the truth. Do not cut corners in order to please your bosses, your friends and colleagues! If you do not know, say so: I don’t know! Don’t pretend you know.

Thabo’s attitude to life was that of a simple man, more like the character in Emile Guillaumin’s book, ‘The life of A simple Man.’ The only difference, in this case, is that Thabo was well-read and an intellectual. His attitude to life was that you cannot buy integrity. Not even for a penny. He was selfless. He never cared whether you gave him the front seat or back seat in a conference room, in a car, or in the plane as we flew with our principals. He never fought for positions in government departments, he never fought for a pay rise, he took what he was given. When travelling to or from overseas, if you said to Thabo, the plane is full because there is a minister who wants to jump into the presidential plane and ride with the President. Thabo simply obliged. He would then have to remain and make his own arrangements for reaching the destination or finding his way back to South Africa. This is the man Thabo was.

He was not just your conventional communicator, because before you can communicate something to others, you must think about what it is you want to communicate. He was also not your everyday thinker. He had something closer to OCD (obsessive-compulsive disorder). He was extremely concerned with order, symmetry and precision. I am ‘German’ in the many ways I do things, but Thabo was very extreme. He was a deep thinker. Thabo’s mind dealt with detail. In the many speeches and statements we went through preparing for our principals, he was always concerned with detail: punctuation, sentence construction, and any word he was not comfortable with, Thabo stopped, sometimes so long to the irritation of others. We called him, Mr Detail! In order for one to be concerned with detail, one had to read, do research work and be well informed about the subject matter one was handling. That was Thabo!

Thabo understood very well the difference between the party and the state. As a communicator in government, he easily separated and articulated policies and programs of government and the political views of the ANC. We both joined the Presidency at a tough time when former President Thabo Mbeki left office. Thabo Masebe engaged the presidents and ministers, premiers and MECs, senior and junior colleagues with the same approach: respect.

Thabo loved his children, the boys: Shimalo and Mashepe. He took them everywhere he went – to golf, to family and friends, but not to official functions. He would phone me before he came to my place and say: ‘Khulu, my helper is not around, may I bring my sons with me.’ ‘Of course, Thabo!’ was my usual answer.

After work, and only after work, you could not stop Thabo from enjoying his wine. During work, it was strictly no alcohol. As a wine connoisseur, what he enjoyed most was being the one tasting the wine on our behalf and giving a lecture on the quality. When in his good mood, you can’t stop him. Oh, Thabo was a singer too. I would start a song and he joined instantaneously.

Adieu my friend and comrade, I loved you!