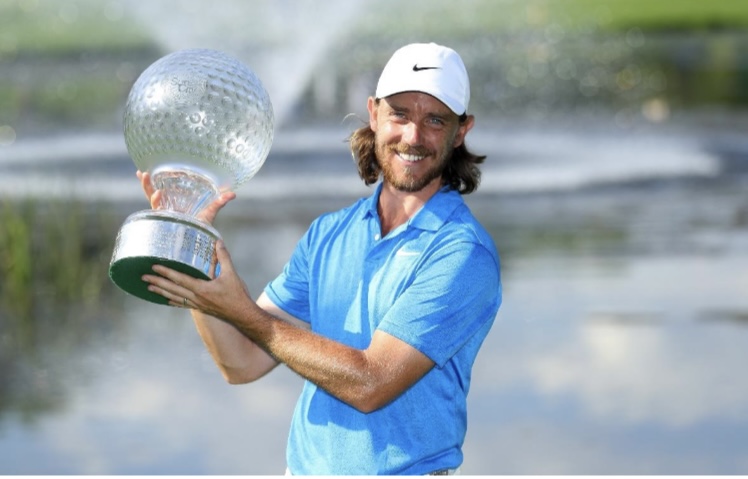 Tommy Fleetwood will return to the Nedbank Golf Challenge as ‘Africa’s Major’ celebrates its milestone 40th anniversary from November 10 – 13, 2022.

The European Ryder Cup star lifted the trophy in 2019 – the last time the event took place due to the Covid-19 pandemic – and he will defend his title when the $6,000,000 event makes a much-anticipated return to Sun City’s Gary Player Country Club. The penultimate tournament on the 2022 DP World Tour schedule will also carry an increased number of DP World Tour Ranking Points, with 7,000 points available.

The Nedbank Golf Challenge has been a highlight of the South African sporting calendar since its first edition in 1981, with former European Number One Fleetwood joining a glittering list of winners when he sealed his fifth DP World Tour title after coming from six shots back going into the final day to triumph in a thrilling play-off against Swede Marcus Kinhult.

Two years earlier, during a stellar 2017 season, Fleetwood recorded a top ten finish at Gary Player Country Club, which proved to be crucial as he went on to top what was then the Race to Dubai Rankings for the first time in his career.

Fleetwood said: “I’ve had some fantastic experiences at the Nedbank Golf Challenge and I can’t wait to get back to Sun City. I’ve been lucky enough to be able to call myself the champion for longer than usual, but I’m certainly looking forward to starting my defence in November.

“It was a great feeling to come through the field on that final day to lift the trophy. Add that to the top ten finish in 2017 which helped me on the way to becoming European Number One, and I certainly have some great memories of the tournament which I would love to replicate.”

The 2022 Nedbank Golf Challenge will once again be included on the DP World Tour schedule in partnership with Nedbank and Sun International, this season as the penultimate event before the season-ending DP World Tour Championship, Dubai. The winner of the Sunshine Tour Order of Merit will receive a place in the 64-player field at Gary Player Country Club.

“We are delighted that the Nedbank Golf Challenge will make its long-awaited return this November. We look forward to once again working with our partners at Nedbank, Sun International and the Sunshine Tour as we welcome Tommy Fleetwood and golfing stars from around the world back to Sun City,” said Keith Pelley, DP World Tour Chief Executive.

“We are very excited about the 40th edition of the Nedbank Golf Challenge as we celebrate not only the incredible history of ‘Africa’s Major’, but also its much-anticipated return following the Covid-19 lockdown restrictions. We are thrilled to be back, and to welcome all our special clients, partners and friends to the return of what we know will be a special week for golf and showcasing the best of our country to the world,” said Mike Brown, Chief Executive Officer of Nedbank.

“We’re delighted to welcome back the Nedbank Golf Challenge to Sun City after a two-year absence due to the COVID-19 pandemic. ‘Africa’s Major’ is a showcase event for our flagship resort, and we’re looking forward to celebrating the 40th edition of what has always been a very special partnership between Sun International and Nedbank. This incredible golf tournament has captivated South Africa and the world for decades,” said Anthony Leeming, Chief Executive of Sun International.

Thomas Abt, Commissioner of the Sunshine Tour, said: “Our partnership with the DP World Tour and Challenge Tour has provided us with incredible growth over the past season. The return of the iconic Nedbank Golf Challenge is another significant moment for us as it provides our Order of Merit winner with another tremendous opportunity to compete in ‘Africa’s Major’, as well as for our leading international stars to compete against the world’s best on home soil.”

The last edition of the Nedbank Golf Challenge in 2019 delivered record attendance figures and sold- out hospitality. Ticketing information for the milestone 40th event will follow in due course.

About the DP World Tour

The DP World Tour is the main men’s professional golf Tour of the European Tour group, with a global schedule featuring a minimum of 45 tournaments in 25 different countries across the 2022 season.

Formerly known as the European Tour, which was established in 1972, the 2022 DP World Tour schedule includes five Rolex Series events, along with four Major Championships, two World Golf Championship events and three tournaments co-sanctioned with the PGA TOUR, as well as tournaments staged around the world with a minimum prize of $2million for all events solely sanctioned by the DP World Tour.

DP World, the leading provider of global smart end-to-end supply chain and logistics solutions, is the title partner of the DP World Tour, which is administered by the European Tour group.

About the European Tour group

The European Tour group is the overarching corporate brand which administers four competition brands: the DP World Tour, the Challenge Tour, the Legends Tour and, along with the PGA of America, is the Managing Partner of golf’s greatest team contest, the Ryder Cup.

Established in 1972, the European Tour group is committed to ‘Driving Golf Further’ through our guiding principles of being innovative, inclusive and global.

Innovative: We are driving innovation in golf through the creation of award-winning content, pioneering tournament formats and the use of the latest technology and inventive fan engagement. We are committed to attracting new audiences whilst respecting the tradition of our sport.

Inclusive: We are committed to include all who share a love for the game of golf. We are passionate about a closer collaboration with the women’s game, golf for the disabled and promoting the many physical and mental health benefits of playing golf.

Global: Since 1972, players from 37 different countries have won tournaments on our main Tour, while our live broadcast reaches more than 490 million homes in more than 150 countries every week, generating in excess of 2,200 global broadcast hours for each event. We also enjoy the support of many of the world’s leading business brands with DP World, Rolex, BMW, Callaway, Emirates, Fortinet, Velocity Global and Zoom as Official Partners.

The European Tour group has Strategic Alliances with the PGA TOUR, the Sunshine Tour and ISPS Handa PGA Tour of Australasia, while we also drive positive community impact through our overarching CSR programme, Golf for Good.