Ghana unveils the head office of the AfCFTA Secretariat 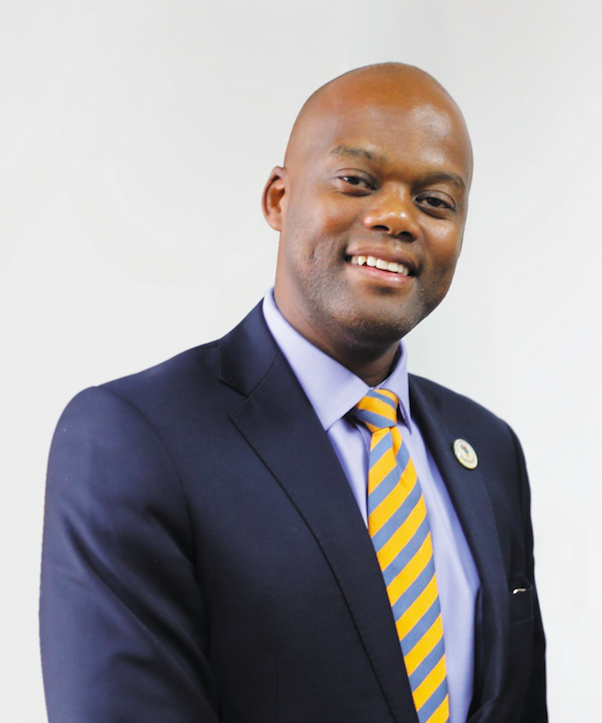 The Statement by Secretary-General H.E. Wamkele Keabetswe Mene at the official commissioning and handing over of the AfCFTA Secretariat on 17 Aug 2020

Since the end of colonialism, the Republic of Ghana has been at the forefront of advancing efforts for the integration of Africa. Ghana’s contribution to Pan- Africanism ensured that Pan-Africanism has a sound intellectual and philosophical foundation. It is therefore natural that as we take this significant step towards the integration of the market in Africa through the AfCFTA, Ghana continues to be at the vanguard of our efforts. On behalf of all Africans, I thank the government and the people of Ghana, for hosting the AfCFTA Secretariat and for providing world class facilities that will enable Africa to progress on the historic vision of achieving an integrated Africa.

The Republic of Ghana and the people of Ghana – at great sacrifice – made an unprecedented contribution to the fight to end colonialism in Africa and the defeat of Apartheid in South Africa. I was born and raised during a period when the depraved Apartheid regime was at its brutality. Through the Organisation of African Unity, which was inspired by the leadership of

Since the negotiations were launched in Johannesburg in 2015, remarkable progress has been achieved largely because of the political will and commitment of the Assembly of Heads of States & Government of the AU, to ensure that Africa takes concrete steps towards the creation of an integrated market. In this regard, I wish to pay tribute to the President of the Republic of Niger, H.E. President Mahamadou Issoufou, the Champion and Leader of the AfCFTA, for his unwavering  and dedicated leadership of the AfCFTA. Under his guidance and leadership as the Champion of the AfCFTA, Africa confounded critiques: 54 countries have signed the agreement and 28 countries have ratified it, making this fastest ratification in the history of the African Union.

Since my election in February 2020, H.E. Mr. Moussa Faki Mahamat and his team, provided me with all the resources and support that I needed during the period that I was in Addis Ababa, waiting to transition to Accra. I thank him for his leadership and political support during this difficult time when it appeared that Covid- 19 would obstruct our efforts. Through the leadership of the Chairperson of the Assembly – H.E. President Ramaphosa of South Africa – Africa was able to coordinate an effective public health, trade and debt relief response to the Covid-19 crisis, thereby enabling the mitigation of the impact of the crisis.

I was here in Accra in 2012 as a senior trade official, when we adopted the Boosting Intra-Africa Trade Action Plan and the action plan for the AfCFTA negotiations, which were later adopted by the Assembly of Heads of States. In various capacities, Honourable Minister Kyerematen has been an integral part of our efforts to make the AfCFTA a reality. From when we commenced negotiations of the BIAT, to the time the AfCFTA entered into force, Honourable Minister Kyerematen has been a tireless contributor to regional integration and trade multilateralism in Africa. We should all appreciate the efforts that he made on behalf of Ghana, for the whole of Africa.

The AfCFTA offers Africa an opportunity to confront the significant trade and economic development challenges of our time:

The result of all of this, is a very low percentage of intra-Africa trade of 18%, and as noted, an over reliance on the export of primary commodities to traditional markets of the North. In other words, Africa continues to be trapped in a colonial economic model, which requires that we aggressively implement the AfCFTA as one of the tools for effecting a fundamental structural transformation of Africa’s economy. We have to take action now, to dismantle this colonial economic model.

The AfCFTA is therefore a critical response to Africa’s developmental challenges. It has the potential to enable Africa to significantly boost intra- Africa trade and to improve economies of scale through an integrated market. It has the potential to be a catalyst for industrial development, placing Africa on a path to exporting value- added products and improving Africa’s competitiveness both in its own markets and globally. It also sends a strong signal to the international investor community that Africa is open for business, based on a single rule-book for trade and investment.

The AfCFTA signals that Africa is open for business and mutually beneficial investment thereby creating decent jobs and improving livelihoods:

Africa’s response against this strain on the multilateral trading system must be to consolidate and advance our continental market integration objectives, through the AfCFTA. Under the leadership of President Issoufou as the AU Champion of the AfCFTA, our collective priority should be to rapidly conclude Phase I and II of the negotiations of the AfCFTA, in order to unlock Africa’s full productive capacity.

The ongoing Covid-19 crisis has ravaged global economic activity, has severely disrupted trade and global supply chains, and of course, has had a negative effect on global public health. Africa should not despair and fall into despondency – from a trade perspective, we should see this crisis as an opportunity – through the AfCFTA we have an opportunity to reconfigure our supply chains, to reduce reliance on others and to expedite the establishment of regional value chains that will boost intra- Africa trade and secure Africa’s productive capacity for generations to come. In this connection, in the four months that I have been in office, I have already initiated and had very promising engagements with three of the world’s largest automobile- manufacturers, with a view to the establishment of automobiles value chains across Africa. I intend to extend this type of an engagement to include other labour intensive sectors such as Agro-processing. In this endeavor, the AfCFTA Secretariat shall work with our sister department of Trade & Industry of the AUC, as well as with our partners such as UNECA and Afreximbank, to advance Africa’s industrial development objectives.

We should be in no doubt, as much progress as we have made, there will be implementation related challenges ahead. Substantial domestic policy reforms and alignment of national legislation with the AfCFTA shall be required in order to reduce barriers to intra-Africa trade. Transshipment of goods from third countries that are outside of the AfCFTA zone will be a significant risk. The AfCFTA Secretariat will work closely with customs authorities to ensure that through robust implementation of the AfCFTA rules of origin regime, the prevention of transshipment is an absolute priority. The AfCFTA must create jobs, it must not create job losses through transshipment of third country goods into the AfCFTA market.

As the Secretary-General, I am committed to ensuring that the AfCFTA is effectively implemented such that there is shared and inclusive economic growth.

The backlash against free trade and trade liberalisation that we have witnessed in recent years is not because trade liberalisation is intrinsically beneficial exclusively to a certain elite or to certain countries. Rather, the backlash is, in part, attributable to the unequal distribution of the benefits of international trade and a lack of shared and inclusive growth. The lesson for the AfCFTA from this backlash against trade liberalisation and the pursuit for freer international trade through the multilateral trading system (i.e. the World Trade Organisation) and through FTAs is that, beyond boosting trade flows, the question of equitable distribution of the gains of the AfCFTA must be at the centre of its implementation. If the AfCFTA is perceived to be benefiting only a handful of relatively industrialised countries in Africa such as my country South Africa, and a handful of African Multinational Corporations, it shall be rejected by Africans, and deservedly so.

The AfCFTA must create opportunities for women in trade; amongst others, by lowering the gender wage gap. Young Africans are at the cutting edge of  technological innovation for digital trade and e-commerce. The AfCFTA has an obligation to establish a conducive environment to include young Africans in the implementation of the AfCFTA. In due course, I will announce specific measures that can be put in place to enable women, young Africans and SMEs, to benefit from the AfCFTA to achieve the objective of inclusive benefits of the AfCFTA and shared growth across the continent.

The global economy is on the brink of a new industrial revolution, driven by new-generation information technologies such as the Internet of Things (IOT), cloud computing, big data and data analytics, robotics and additive manufacturing. All of this presents challenges and opportunities for the AfCFTA.

The 4th Industrial Revolution is likely to impact on the AfCFTA in a manner that we have not fully contemplated. How is Africa preparing herself for the 4th Industrial Revolution, in the context of the AfCFTA? With the advent of additive manufacturing, what is the impact on industrialisation and job creation in Africa? How will the e- commerce and digital trade chapter of the AfCFTA position Africa to be a global player in cloud computing services, data processing and data storage?

All of these are questions that require forward looking intellectual rigour, including analysing how the future of trade and investment flows might change as a result of technological factors and the 4th Industrial Revolution. Such forward looking intellectual rigour is critical in shedding light on the complex policy issues and strategic choices that will shape Africa’s trade and investment prospects over the next 10-30 years.

The implementation phase of the AfCFTA coincides with the year of Silencing the Guns, providing an opportunity to focus on fast-tracking Africa’s economic development objectives. Successful implementation of the AfCFTA shall further consolidate the gains that are foreseen in Agenda 2063: The Africa We Want and indeed shall take us a step closer to the Africa we want. A recent study by the World Bank estimates that where implemented properly, by 2035 the AfCFTA is set to lift 30 million Africans out of extreme poverty and 68 million from moderate poverty.

The same study observes that the AfCFTA has the potential to increase intra-Africa trade by 81%, by the year 2035. As promising and hopeful as these projections are, as Africans and the AfCFTA Secretariat we shall have to take concrete steps to ensure that these promising projections do become a reality: amongst other actions, we shall have to expedite the implementation of trade facilitation measures that are foreseen in the AfCFTA Agreement in areas such as soft infrastructure at our borders.

We shall have to support state parties who may experience short-term revenue losses due to implementation of the AfCFTA. In this regard, I am pleased to report to you that Afreximbank has committed to providing liquidity for an adjustment facility, which  will be aimed at supporting countries that experience short-term revenue losses. I am grateful to Prof Oramah, the President of Afreximbank, for mobilising resources of the bank for this adjustment facility and for being a strong supporter of the AfCFTA Secretariat.

During this time of COVID-19, whilst many developed countries are able to provide billions of dollars’ worth of stimulus packages to re-inject growth and economic activity, very few countries in Africa have the fiscal policy and monetary policy space to provide similar stimulus packages. Therefore, aggressively implementing the AfCFTA has the potential to be Africa’s economic recovery tool, boosting intra-Africa trade has the potential to contribute to Africa’s economic recovery year on year, from 2021.

Africa has confounded critiques, standing on the shoulders of the great liberation struggle heroes of our continent, we dare not fail in this historic mission to integrate Africa.