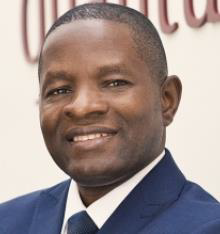 I bring you the warm greetings of the President of the African Development Bank Group, Dr. Akinwumi Adesina and the entire staff of the Bank.

It is, indeed, my great pleasure to be in your midst this morning to make these few remarks at the 7th Africa Think Tank Summit focusing on “Implementing the African Continental Free Trade Area (AfCFTA) Agreement: Assessing country readiness and the implications for capacity building”.

The Think Tank Summit as I know it is an annual event which aims to propose strategies and actionable recommendations for think tanks to enable them contribute meaningfully to tackling policy implementation challenges facing the continent as within the context of Africa’s vision reflected in Agenda 2063 and the SDGs as well as the African Development Bank’s High 5s. The approach to achieving this, which is through sharing knowledge and country case studies on good practices in ensuring successful implementation of policies and strategies are highly commendable.

I commend the efforts of the ACBF for organizing this annual event and ensuring it stays focused on achieving the set goals and objectives.

In addition to the outcomes of serving as a forum for preferring solutions to the contemporary challenges facing the continent, the Think Tank Forum has also served as a credible platform for networking and cross-fertilization of ideas among African and non-African think tanks.

The theme of the 7th Think Tank Summit, “Implementing the African Continental Free Trade Area (AfCFTA) Agreement: Assessing Country Readiness and the Implications for Capacity Building” is extremely timely and appropriate, demonstrating the focus of the summit on contemporary policy issues facing the continent.

Africa was excited when the decision was taken by Heads of State and Government of the African Union (AU) at their 18th Ordinary Session to establish the AfCFTA. The excitement has continued to grow more and more, as countries sign the protocols and plan for its expected operationalization come January 2021.

Africa is excited because AfCFTA is expected to address some key development challenges facing the continent in the engine room of economic growth. Trade. Trade is the lifeblood of economies everywhere. Economics, as it were, is simply a theory of exchange in goods and services. For all economic units: the agent who sells more gains more! Those who buy more, loose more! As I always say, Consumers never declare profit.

The ACFTA, if duly domesticated by countries and implemented as designed, could help Africa achieve the future we want: “an integrated, prosperous and peaceful Africa”. This is a common dream that underpins the African Development Bank’s High 5s and the Agenda 2063. The ACFTA will address key challenges that have dwarfed the “Giant in Africa” in the critical area of trade and development: Trade in Goods and Services, Intellectual Property Law, Competition Policy, and Investment Flows.

Although Africa is endowed with many commodities that are traded in world markets, Africa has benefited least from global trade, compared to its peers in other regions.

Africa hosts 30% of the world’s mineral reserves and accounts for more than 20 percent of global annual production of five key minerals namely; 80 percent platinum, 77 percent cobalt, 51 percent manganese, 46 percent of diamonds, 39 percent chromium and 22 percent of gold. Africa also possesses 60 percent of world’s arable land, 13 percent of the global population and is the most youthful continent with about 60 percent of its population under the age of 25 as well as abundant energy potentials.

Despite this wealth in natural capital endowments, African economies remain among the least developed countries in the world with the size of economies amongst the lowest compared to other regions.

These challenges could be exacerbated by the recent global headwind to economic development – the COVID-19 pandemic. While the number of active cases in many African countries are much lower than in other countries such as the United States of America, Brazil, India and Russia; the impacts of COVID-19 on the economy is predicted to be severe. The African Development Bank Group’s African Economic Outlook (AEO) 2020 Supplement estimates that Africa could suffer GDP losses in 2020 between $145.5 billion (baseline) and $189.7 billion (worst case), from the pre-COVID–19 GDP estimates. Some losses are carried over to 2021, as the projected recovery would be partial.

The most affected economies are those with poor healthcare systems, those that rely heavily on tourism, international trade, and commodity exports, and those with high debt burdens and high dependence on volatile international financial flows. The overall impact of the pandemic on socioeconomic outcomes will depend crucially on the unfolding epidemiology of the virus, the speed at which vaccines and therapeutics become available to all, and more importantly the extent of its impacts on demand and supply, the effectiveness of public policy responses, and the persistence of behavioral changes.

Now note a paradox here: Egypt and South Africa supply final chocolate products for their domestic and sub-regional markets but predominantly source their intermediate inputs from outside the continent. Meanwhile, Africa is the largest producer of Cocoa, the major inputs in the production of chocolate.

Approximately 70% of cotton exports from Africa are in raw form, embodying limited value addition. Only 12% take the form of yarn and 18% of cotton fabrics. Conversely, the continent imports around 72%, of its cotton fabrics.

This trend cuts across almost all major commodities most African countries export. They are exported in raw form with little or no value addition while the value-added versions are imported by expending scarce foreign exchange.

The current COVID-19 pandemic has further revealed the need for strengthening regional value chains. The COVID-lockdowns is testament to the fact that countries and regions need to build and strengthen national and regional supply chains.

The pandemic affected trade, FDI, remittances, prices of commodities, and several other important economic variables which have trended downwards. For the first time in more than 50 years, Africa is expected to enter a deep recession in 2020. About 23 million people are estimated to be pushed into extreme poverty in 2020 alone, and Africa’s already constrained fiscal space is further shrinking at unprecedented rates, with deepening sovereign debt burden in many countries – including in our middle income countries which are the engines of growth in our region.

Here is where AfCFTA is to the rescue!

Upon entry into force and with the deposit of 22 instruments of ratification and membership, AfCFTA will become the largest Free Trade Area (FTA) in the global economy that covers a market of 1.2 billion Africans with a combined GDP of US$2.5 trillion, expected to reach US$29 trillion by 2050.

AfCFTA could deepen and expand intra-Africa trade from its very low base of 15% to 52%.

At the national level, the estimated welfare gains of around 2.64% of continental GDP will be shared among all participating countries. On individual level, it will increase real wages for both skilled and unskilled workers in diverse sectors as employment shift from agricultural to non- agricultural sectors like manufacturing and services.

It is estimated that implementing the AfCFTA could boost Africa’s income by $450 billion, bring 30 million people out of extreme poverty, and raise the incomes of 68 million others who live on less than $5.50 a day.

Now, let me turn to the role of Think Tanks in AfCFTA implementation

Think Tanks, Universities and Academies of Sciences are the engines of thoughtful policies, strategies that drive economic growth and social progress everywhere. Everything we see in this world starts from an idea. Even in the story of creation, we were told that God said, “let there be light, and there was light,…, let us make man…, ”. God saw that everything he created was good. This implies that God thought about the outcome before they came into being.

This emphasizes the importance of thinking. Think tanks are the engines for new ideas, problem framing, agenda setting, solution searching, the push for public policies to implement and monitor the outcomes of the ideas produced. Think Tanks should be the source of the policies for the domestication of the ACFTA, its implementation, monitoring and evaluation at the national, regional and continental levels.

Here is the trillion Dollar question. Do we, as African Think Tanks have the capacity to do so?

During the summit in 2019, we spoke about the many challenges African think tanks face that tend to hamper their ability and capability to assume these important roles. These include: lack of personnel, funding, infrastructures, support from governments, laws to empower think thanks in their activities, and more!

I am sure that these challenges have not disappeared.

But I do hope that one thing has changed. The way we think and react to these challenges. It is my honest hope that, as African think Tanks, we have learned form COVID-19 that only African can solve African development challenges. The transnational nature of the pandemic forced all nations to focus first on emergency public policy measures to flatten the disease curve within their national boundaries and implement fiscal and monetary policy measures to alleviate the impacts of the lockdowns on their own citizens. This is of course, the right thing to do. Charity begins from home. Our development partners are partners who want to help us address our problems. We should not expect them to ultimately bear the burden of African development.

The African Development Bank, has over the years, invested significantly in supporting African Universities and Think Tanks, and we are impressed by the results. The ACBF, AERC and many others are testimonies to these successes.

Since 2018, we have worked with many of you to explore the capacity development needs of the continent and review the models of support for think thanks and research institutions in Africa. I thank you all – over 200 think tanks and Universities who contributed to this consultation exercise – that is helping us shape the capacity development strategy of the Bank Group. The African Development Institute remain committed to work with you to help Africa “think” inclusive development, do development and ensure that Africans are “thankful” for the role of think thanks in improving the quality of lives for Africans. On 10 and 11 December 2020, we are convening a global community of practice dialogue on strengthening Africa-led Institutions including think tanks and Universities. Many of you are already working with us to organise this convening. Let us join hands to make this a reality for Africa.

I know that one may expect, some policy recommendations from a opening remark such as this. I will instead ask questions to you – the African Think Tanks. What are the key innovative strategies for African countries to effectively domesticate and implement the ACFTA? How can Africa attract investments to expand its trans-national transport infrastructure systems (roads, rails ways, airports and seaports) to enhance the flow of goods and services between nations? What are the best and implementation industrial transformation policies to help Africa improve value added in traded products and commodities? What policies can African countries implement to address the white elephant in the room: trade and non-trade barriers, bureaucracies, and the geopolitics of trade?

Ladies and gentlemen. Let me end by quoting His Excellency Mr. Tony Blair, who in his speech on the 16th of November 2020 at the African Development Bank’s Eminent Speakers Lecture, said that COVID-19 is not only a wake-up call but a wake-up command.

Let us all respond to this wake-up command from nature. As Africa’s think tanks. Let us help Africa to think and build back better inclusive and resilient economies post-COVID-19. The ACFTA provides an excellent policy framework to make this happen. But we need to think through, and hep countries and regions to domesticate it within their own realities to make it implementable.

Let us stand together to help Africa to think differently and build back better. Because, together, WE CAN.