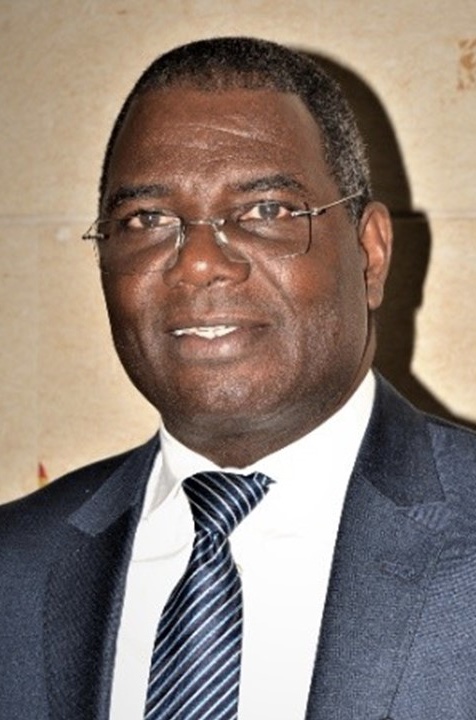 The AfCFTA is the largest free trade area in the world since the establishment of the World Trade Organization (WTO) in 1995, covering at least 54 Member States and a market of 1.2 billion consumers with a combined income of USD 2.5 trillion. The benefits of a seamless free trade area include the economies of scale and scope flowing from expanded market access and market linkages connecting smallholder farmers and both small-size and larger enterprises in regional value chains within a single market. This mega free trade area promises to create the right conditions for a business environment that is conducive for inward investment and for a modern, dynamic, productive, inclusive, and resilient sustainable agricultural sector and agribusiness to thrive through technology, innovation and indigenous knowledge. This economic base is expected to support economies of scale and scope as well as increased competitiveness, diversification, economic transformation and commodity-based industrialization and value-addition around strategic commodities.

The AfCFTA will further reinforce the gains achieved in regional integration and opens new market opportunities for farmers and other economic operators. It has been shown that the export of higher value-added products made in Africa is greater in regional markets than in external markets outside Africa, which are typically dominated by raw material exports.

Africa’s food systems, currently valued at US$313 billion a year from agriculture, could triple if governments and business leaders radically rethink their policies and support to agriculture, farmers, and agribusinesses, which together account for nearly 50 percent of Africa’s economic activity.  According to FAO (2019), sub-Saharan Africa’s food import bill was USD 48.7 billion in 2019 compared to USD 46.9 billion in 2018. The food import bill for the whole of Africa was about USD 80 billion per year in 2015–2017.

The African agricultural and food market is expanding quickly as indicated by World Bank projections that show that the value of Africa’s agriculture and agribusiness industry is expected to more than triple to reach USD 1 trillion by 2030.  This provides an opportunity to not only boost trade in food and non-food agricultural commodities and services within the continent but also enhance food security in Africa.

The AfCFTA initiative is a landmark achievement in the continent’s history of regional integration which has been gaining momentum as evidenced by progress in the creation of customs unions and the initial steps in setting up a common external tariff at the regional level in a number of regional economic communities (RECs) such as the East African Community (EAC) and the Economic Community of West African States (ECOWAS). The AfCFTA will be a coordinating organisation for the activities of the regional economic communities for reinforcing their complementary roles in facilitating intra-African trade and market development.

It is expected that mechanisms for collaboration among the RECs will be developed for the benefit of the agriculture and agribusiness sector.  Transparency and improved policy coordination can be facilitated by using, for example, the AfCFTA notifications system and other information reporting systems to communicate changes in domestic laws, regulations, procedures and administrative rulings. RECs have also identified strategic commodities at the regional level to support the development of regional value chains.

It has been shown that the export of higher value-added products made in Africa is greater in regional markets than in external markets outside Africa, which are typically dominated by raw material exports. However, more than a decade after the adoption of the Comprehensive Africa Agriculture Development Programme (CAADP) in Maputo in 2003 by the New Partnership for Africa’s Development (NEPAD) in response to the stagnation of African agriculture, Africa continues to remain a marginal player, accounting for only 2.7 percent of world trade in goods and 5 percent of world agricultural trade (Bouët and Odjo, 2019).

These figures are likely to trend downwards significantly in the near term due to the economic shock caused by the onset of the COVID-19 pandemic in 2020. The continent currently depends to a significant degree on extra-African sources for imports of food and agricultural products. The share of intra-African agricultural trade has been consistently below 20 percent in recent decades (AGRA, 2019). Comparable figures for intraregional agricultural trade are higher for Asia and Europe (more than 60 percent).

While countries are beginning to trade more and more with one another, food security will continue to be underpinned by imports for the foreseeable future. Africa’s increasing food import dependency and vulnerability to external shocks, including COVID-19, underscores the need for robust measures to close the food deficit in affected subregions. Accordingly, Member States have undertaken commitments to support the implementation of the AfCFTA Agreement in several areas including tariff liberalization, reduction of non-tariff barriers, rules of origin and improved market Information systems to grow intra-African trade in agricultural commodities and services in an orderly and predictable manner.

Dependence on extra-regional imports for food makes African countries vulnerable to disruptions in international logistics and distribution, in addition to production problems in other countries due to the COVID-19 pandemic containment measures. These vulnerabilities could result in food shortages and raise food prices, particularly in countries that are highly dependent on food imports. These factors, combined with losses in consumer incomes, minimal savings, and limited access to public safety nets, mean that COVID-19 also creates significant demand-side risks, particularly among poorer populations.

According to UNCTAD (2019), there are three major categories of obstacles to intra-African trade: (i) weak productive capacities and limited economic diversification, which constrict the range of intermediate and final goods that can be traded and potentially inhibit the fuller development of regional value chains; (ii) tariff-related trade costs associated with the slow implementation of the tariff liberalization schedules underpinning free trade agreements; and (iii) high non-tariff-related trade costs, including those caused by the recent COVID-19 pandemic that hamper the competitiveness of firms and economies in Africa. Such high trade costs, related to business and trade facilitation, can be explained in terms of the hard and soft infrastructure deficits in Africa that have an impact on transport and transit costs, including at-the-border and behind-the-border costs.

Tariffs as well as non-tarrif barriers contribute to high levels of informality as observed in many African countries. For example, in Southern Africa Informal Cross-Border Trade (ICBT) accounts for 30 to 40 percent of total intra-SADC trade, amounting to as much as USD 17.6 billion a year (Afrika and Ajumbo, 2012). In Uganda, data indicate that informal exports to neighbours were about 86 percent of official exports and 19 percent of official imports, while informally traded agricultural products were about 75 percent of official agricultural exports (Lesser and MoiséLeeman, 2009). In Eastern Africa, the informal cattle trade made up 85 percent of the total cattle trade in 2011 (Afrika and Ajumbo, 2012). Similarly, in Western Africa, official statistics may account for only one-third of the actual value of the intraregional livestock trade in Mali and Burkina Faso (Josserand, 2013).

ICBT is especially important for women as a livelihood and a source of income. Women dominate trade between the Democratic Republic of the Congo and its Great Lakes neighbours, and two-thirds of respondents indicated that cross-border trade was their main source of income (Brenton and Isik, 2012). The available evidence indicates that women make up between 60 and 70 percent of informal cross-border traders.

Dr Babafemi Oyewole is the Managing Director and Secretary to the Board of African Agribusiness Alliance.