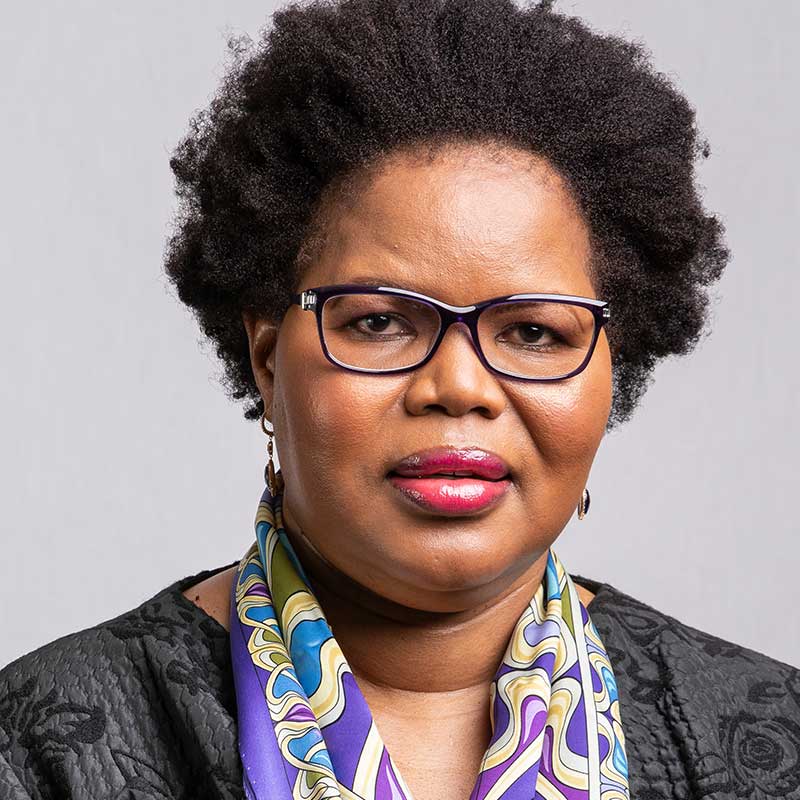 Below is a list of the investment opportunities developed by the NEF’s Strategic Projects Fund, selected from a pipeline of 27 projects.

Total fund portfolio stands at approximately ZAR30 billion at financial close (US$4 billion or €2.91 billion). Some of these projects have already partnered with international investors. We urge more international investors to come forward as partners and beneficiaries in South Africa’s resolve to become a winning nation.

The project aims to set up a design and production facility in Gauteng, that will service the textiles, retail and corporate wear industry. The entity will add value to textiles through its fabric printing capabilities, manufacture clothing for private designers as well as general retailers; and produce corporate wear for clients such as SAA, National Treasury, etc. The company currently produces designer and retail wear at a small scale. The larger manufacturing facility aims to create over 300 jobs and revive an ailing textiles sector by bringing back manufacturing skills in the country.

Mendi Rail’s vision is to be a world leading manufacturer and supplier of high quality rail infrastructure components such as concrete sleepers and fasteners. The company wishes to take advantage of the growing rail infrastructure demand in Southern Africa. In particular, the Passenger Rail Agency of South Africa (PRASA) and Transnet Freight Rail (TFR) have concluded a plan to expand their respective rail network by 2025 via a capex program of ca. €20.32 billion. The project is at a
feasibility stage that will involve constructing a manufacturing plant for testing and certifying the rail components. The second phase includes the establishment of a manufacturing plant with an annual output of 400 000 units.

Gemilatex aims to investigate the viability of localising a male condom manufacturing plant with an annual production capacity of 70 million condoms. The project is currently at the Bankable Feasibility Study phase and the planned completion date is quarter 1 2018. South Africa consumes around 100 million condoms per month, with the government procuring about 83 million condoms monthly. However, despite government continually awarding tenders for the supply of condoms, the country persistently experiences a supply shortage of condoms. Unfortunately, this shortage has consistently prevailed for several years to date and it is mainly caused by the fact that close to 90% of the government condoms are imported. These shortages are a serious threat to the progress the country has made in the fight against HIV/AIDS because the majority of South Africans get their condoms predominantly from the free government-branded ‘Choice’ supplies accessible within their communities. Support for local manufacturing of male latex condoms is encapsulated in the objectives of the National Condom Policy and Strategy, which states the need to “support the local manufacture of quality male condoms for local consumption; and for export to reduce unit costs to South African consumers and to improve security of supply.”

Kenako intends to develop the manufacturing plant of normal and safety syringes in the SADC region. There is currently no local manufacturing of any type of syringes in South Africa, or indeed, across Southern Africa. The market size within the SADC region is 1,1 billion syringes and 911 million needles. The plant will initially produce a total of 250 million syringes and 200 million hypodermic needles per annum. The NEF commenced with ZAR7.2 million feasibility study funding in 2013 and was hands-on in assisting the Black Industrialist in bringing the project to bankability. In 2015 the NEF made a further investment commitment towards the construction of the plant, bringing the NEF’s total investment to ZAR75 million (USD5.7 million or €4.7 million).

The NEF has entered into a 49/51% joint venture with Nyamane Agro Foods to undertake a BFS into the establishment of a tomato paste manufacturing facility in KwaZulu-Natal province. The factory shall have total annual throughput of 72 000 tons of fresh tomatoes and nameplate capacity of ±7 500 ton tomato paste. The BFS is to be completed in early 2018 and the projected financial close funding is R250 million (€15.82 million or USD18.97 million).

Three main hospital groups dominate the private hospital sector in South Africa. These three groups hold more than 79% of the market share and the remaining 21% is fragmented and held by independents. This presents a unique and strategic opportunity to bridge the divide and to raise the levels of black participation in the industry. For the financial year 2013/2014, total healthcare sector expenditure was in the region of R286 billion (USD21 billion €18 million), or approximately 8.3% of GDP. Of this total amount, approximately ZAR140 billion (USD10.5 billion €8.8 million), was spent in the public sector, and ZAR146 billion (USD11 billion €9.2 million) in the private sector. BusaMed aims to develop centres of excellence which will provide world-class services. The first hospital, a cardiology centre in the Western Cape province in Strand, has been operating since May 2015. The second hospital in the Gauteng province, a sports science centre, opened in July 2016 and the Harrismith hospital opened in September 2016. The last hospital in Free State province, to be located in Bloemfontein will open in the first quarter of 2018. The group has also made further acquisitions of existing hospitals.

Salamax 1660 (Pty) Ltd (Salamax) has developed a second generation biofuel process that uses grass and/or leaves to produce ethanol and own electricity, through a locally-developed technology invented by the project sponsor. The process offers significant advantages over conventional methods that are currently in use, by being cost effective. This cost effectiveness may make the project viable without requiring government subsidies. The project also has great job creation potential.

The project is a strategic initiative for the establishment of an Integrated Metals Refining Plant producing pure Titanium(Ti), Zirconium (Zr), Hafnium (Hf) and PV grade Silicon (Si). The objective is to create the world’s largest ZrSiO3 and TiO2 integrated mineral sands beneficiation plant.

The project aims to establish a carbon reductant producing facility in South Africa. To date, a Concept Study (2010/11) and a Pre-feasibility Study Phase 1 (2013/14) have been concluded. The studies investigated the viability of both Blast Furnace Coke, which is predominantly used in the iron and steel industry and Metallurgical Coke used in most other smelting operations. The key findings of the studies were as follows:

The NEF has entered into a 49/51% joint venture with Lebombo Agricultural Secondary Co-op to undertake a BFS into the establishment of cotton gin (to manufacture cotton lint) in Mpumalanga province. The cotton gin shall have a total annual throughput of 5 000 ton seed cotton and nameplate capacity of 4 500 tons of cotton lint. The seed cotton is to be sourced from the farms owned by the 18 primary co-ops. The BFS is to be completed in January 2018 and the projected financial close funding is R160 million (€10.13 million @ €1/15.80 or USD12.14 million @USD1/13.08).

Cape Point Film Studios (CPFS) aims to develop the first purpose built four precincts Sea and Underwater Sound Stage in the Southern Hemisphere. There has been growing demand for production facilities of an international standard in South Africa by Hollywood producers and therefore CPFS aims to address this shortfall by offering unique and niche water stage facilities that are currently not available in the country in addition to existing sound stages. The project has great job creation potential and will assist to revive an economically-depressed area in Atlantis, Cape Town.

The objective of the project is to develop the Graskop Gorge area into a major tourism node on the Panorama Tourist Route in Mpumalanga through the new Adventure Centre. The proposed development is setup in two major phases with developmental goals in each phase to ensure adequate growth and continued sustainability over time. The main feature of the project is the construction of an outdoor lift system that will be able to ferry people up and down off the cliff face into the forest environment below, where various elevated and ground walkways will allow visitors to explore the unique environment. This experience will be enhanced with various information boards and other value added activities such as guided tours. Supporting this outdoor lift system will be a newly constructed tourism centre that will provide a multitude of tourism products and services including a restaurant, bar, retail outlets, kids play area and centre management offices that will support the entire development. In the medium-term the project will construct a 36-bed hotel in the Gorge that will support Phase I through the provision of additional support infrastructure such as the hotel guest parking, laundry, offices etc.

The project intends to develop a circa 154 million litres per annum fuel grade bioethanol plant, in Bothaville, in the Free State Province. The plant feedstock is grain sorghum and the production methodology involves a process utilising grain milling through starch conversion to sucrose as well as fermentation and drying that ultimately culminates in the production of saleable bioethanol.

Unique Engineering was established in 1971. Unique Engineering manufactures products for a variety of sectors including mining and transport. Their renowned brands are electrabrake, electromagnetic sheet metal bending machines, Eco, Wilflo and Respa pipes, Unique Blast Barricades and BES Pantographs, marketed through an extensive network locally and internationally through appointed distributors.

The National Empowerment Fund invested in Isipho Capital Engineering to acquire a 100% interest in Smith Capital Equipment, a company that manufactures aerial platforms, commonly known as cherry pickers and used to reach elevated structures such as streetlights, as well as drilling rigs used in mining exploration and installation of pylons. Smith Capital was established in 1973 and is a household name in the aerial platform market through its own brand Superlift as well as its Hotline branded drilling rigs. The company also is also premium brands of aerial platforms and truck-mounted frames from leading multinational companies around the globe.