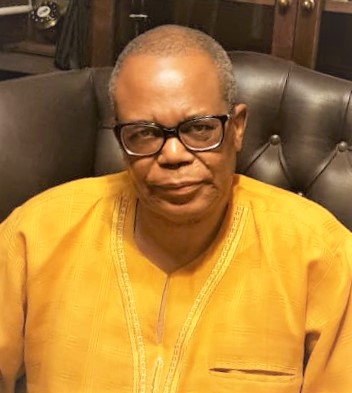 By Kirsten Rolston and Saul Molobi

Yesterday Ssali Publishing House and the Department of Sport, Arts and Culture launched the “African Odyssey Triology” by Magashe Titus Mafolo and it was described by all as a resounding success. The Programme featured three eminent experts who gave positive acclimations of the scope, depth and informative contents of the three books, relating to the long history of Africa and the current challenges. This was eminently done by Professor Muxe Nkondo, Ambassador Welile Nhlapo and Professor Eddy Maloka.

The highly satisfied Mafolo commented after this groundbreaking event: “The importance of the launch was the presence of many young people representing Book Clubs from Mamelodi, Atteridgeville, Pretoria Central and Alexander. The message that came out clearly was that there is an urgent need to help, especially, the youth, to constantly engage in literary works, so as to ensure that there is pervasive culture of acquiring and improving the levels of education and knowledge. Lastly, the Department of Sports, Arts and Culture is called upon to work consistently, programmatically and systematically with authors, book clubs and literary organizations, especially from the Townships and Villages so as to improve the levels of education and book-reading, as a means of fighting ignorance, wayward behaviors such as drug and alcohol abuse as well as gender violence. This must also be done to counter the destructive effects of fake information coming, particularly from Social Media.”

Mafolo is an African author, journalist and political activist with more than forty years’ experience in politics. He is part of the many South Africans who fought for freedom of their country, in the process enduring the savage repression that included several spells of prolonged detention, torture and a banning order.

He further served the nation as political advisor in the presidency during the Thabo Mbeki administration.  He came to learn first-hand, the irrevocable truth about Africa’s major contributions to the civilisations of humankind, got to know the peoples who make up this great land, its resources, as well as its trials, tribulations and triumphs.

Prof Nkondo said: “The idea of ‘African Odyssey’ has widespread popular and scientific use. It carries with it a warning against simplification and ideological insistence. In fact, it has its special ground, its domain is political and ethical, and it places knowledge at the heart of African history. It opens up a complex relationship between values, principles, beliefs, and social memory, and so complicates the relation between historical evidence, interpretation, and judgment. For Mafolo, historical narrative is often in the service of human interest. The interplay of collective experience, interpretation, judgment, and action is central.”

In this book the author sought to reemphasise the special role that Africa and Africans occupy in the long history of the Earth and human development and has done so with scholarly exactitude while exuding a natural flair for storytelling.

The writing of the African Odyssey trilogy was inspired by a period in African politics when there was a pervasive air of optimism and hope. This, in emphasis, was a period when African leaders were single-minded in their pursuit of programmes aimed at the regeneration of the continent; it is a single-mindedness all Africans need to understand, embrace and conscientiously pursue, so that Africa may take its rightful place in the world.

In the trilogy, African Odyssey Vols 1,2 & 3, the author writes as an African from an African perspective and highlights the issues relevant to the African continent.  He writes from the premise that to correctly confront any and all current challenges, it is necessary to know one’s history. To be able to plan properly for the future, it is critical to have a full grasp of the road previously traversed, being alive to past successes and failures.

Accordingly, history is not merely for those wishing to indulge in nostalgia.  It is a potent weapon for each and every person claiming to be part of the movie forces for change.  So, the simple saying “history is the best teacher” is not just a cliché.

One of the objectives of the Berlin Conference in 1884 was to minimize the conflicts between European countries seeing to plunder Africa.  The negative impact of the decisions made and the territorial boundaries drawn then continue to plague the continent.  The author navigates this time in history pointing out the wiles and guiles of those who, purporting to bring Africa out of the darkness into the light, not only snuffed out the light in the lives of many Africans, they continued to play havoc with the light switch for many years thereafter.

It is the author’s hope and desire that this narrative will not be just another additions on the rich and valuable tons of literature on the African continent, but rather that it will help in the on-going robust debates about the past, the present and the future of the continent.  The aim of the book is to nudge Africa and Africans, especially the poor and marginalized, to rise up and be their own liberators into a developed and prosperous continent.

There is a cliché: the more things change, the more they remain the same. Does this aptly describe the true nature of the African continent?

Vol. 1 and 2 of this trilogy take us through epic periods in African Odyssey.  In Vol. 3, we finally see the 21stcentury ushering in optimism and the hope of better things ahead as leaders embarked on programmes of the regeneration of the African continent.  The continental body, Organisation of African Unity (OAU) was transformed into the African Union (AU) with institutions and programmes aimed at helping African countries, individually and collectively, to move forward faster towards regeneration and development.  Many countries embraced and applied democratic principles and ethos.  Human rights became the rallying mantra for the masses.  Economic development and technological advancement remained on the agenda of many countries.  An air of renaissance became prevalent across the African continent.

And yet, one wonders whether the 2019 headlines, a far cry from the optimism and hope, are a true reflection of a continent that has seen more indecencies of war, conflicts and rape of resources than any other?  Are the headlines a summary of unavoidable pains of birth or rebirth?  The author embarked on an effort to capture history, connect the dots and therefore contribute to on-going regeneration efforts of various actors on the African scene.  With this detailed and comprehensive scholarly work, the author challenges Africa and Africans to avoid repeating past mistakes.  The Swahili adage: Life can be understood backwards, but must be lived forwards, summarises the author’s instructive message for Africa, a continent whose might and greatness cannot be denied.

Listen to the podcast of the pre-event interview between Mafolo and Tali Munzhedzi of Ubuntu Radio, a project of the Department of International Relations and Cooperation (DIRCO) by clicking on this link:

Full the full video coverage of the launch, click on the link below: