Nothing About Us Without Us! 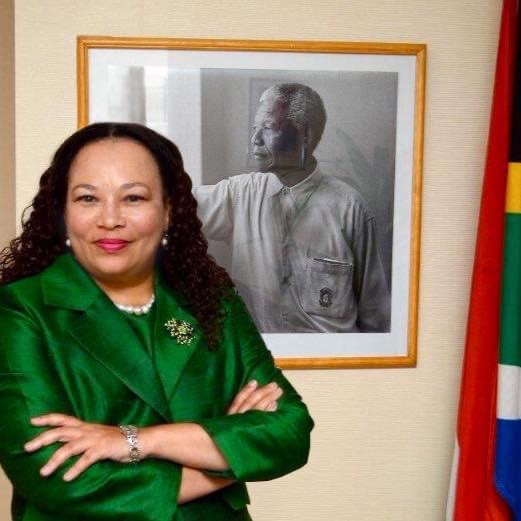 RUBY MARKS argues that while celebrating women’s achievements, we still need to identify what the remaining challenges are…

This is a day on which we reflect on progress made, call for change and celebrate acts of courage and determination by ordinary women, who have played an extraordinary role in the history of their countries and communities.

International Women’s Day is celebrated in many countries around the world. It is a day when women are recognized for their achievements without regard to divisions, whether national, ethnic, linguistic, cultural, economic or political. The day was first cele- brated in 1908, and is closely associated with the Russian Revolution. It brings all women together in the world as sisters in solidarity to reflect on the gains that we have made in society, but also to identify what the remain- ing challenges are that face women, so that we can recommit ourselves to ensure that all women across the world are free to play their full and equal role in society. This day brings awareness to the rest of the world on the im- portance of women and their role in the development of our countries.

The Gender Challenge for Equal Representation

Although we have made major gains interna- tionally, a lot more work still has to be done in the international arena to break the current glass wall between policy-speak and policy-do. This is reflected in the gender hierarchy for many institutions; for example, in all of the years of the existence of the United Nations, we have never had a female Secretary-General. Of course, it would be reductionist to assume that all women and all men will necessarily bring a gender analyses to their foreign policy work, but overwhelmingly, it is clear that the predominantly male gender regime in world affairs does shape policy priorities across the board in ways that sharply reinforce gender inequalities. Another example where this is starkly apparent is in the issue of conflict where women, disproportionately affected by conflict compared to men, are for the most part excluded in conflict prevention, post-conflict reconstruction, transitional justice and peace building process, leaving them at the margins of peace processes.

This is in spite of the international and regional commitments on gender equality in peace processes. For example, according to UNWomen, between 1992 and 2018, women constituted 13% of peace negotiators, and only 4% of signatories in major peace processes. And yet research has shown that women’s participation increases the sustainability of peace.

This is in spite of the international and regional commitments on gender equality in peace processes. For example, according to UNWomen, between 1992 and 2018, women constituted 13% of peace negotiators, and only 4% of signatories in major peace processes. And yet research has shown that women’s participation increases the sustainability of peace.

The numbers of women who work as Permanent Representatives for their country still falls far short from gender parity: there are only 50 women who serve as Permanent Representatives, as opposed to a whopping 140 men in the 193-member General Assembly, the highest policy making body of the United Nations. And the UN Security Council has never been able to have more than a sprinkle of women at the table.

This means that women are mostly excluded from the political process of developing and implementing solutions to the world’s problems.

The Historical Context of Gender in South Africa

South African women were at the forefront of the liberation movement pre-1994, and in many instances played a pivotal role in making representations in other countries on the realities of life under apartheid for the marginalised, disenfranchised majority. Indeed, women such as Lillian Ngoyi, Miriam Makeba, Dulcie September, Frene Ginwala and many others helped to shape, through their advocacy work and lobbying of state and non-state actors, important policy changes to- wards apartheid South Africa, which enabled us to build support and solidarity that contributed in no small measure to hasten the end of apartheid. As frontline diplomats, their lobbying and advocacy role at anti-apartheid gatherings, multi-lateral forums and presentations to sympathetic governments around the reality of the lives of women and men under apartheid. We owe these women an immense debt of gratitude for helping to lay the foundations of our current foreign policy under hostile conditions, and which, as in the case of Dulcie September, led to her assassination while she was a representative in Paris, France, of the then banned African National Congress (ANC).

The pivotal role that women have played in our liberation struggle has not been adequately researched or explored, and so the full story of the contribution of women still has to be told. It is therefore important to note that the struggle for women’s empowerment and gender equality started many years ago, and have resulted in many positive gains for women, although a lot more has to be done. When it comes to women’s representation, it is clear that the concerted efforts of the ruling party in South Africa, the ANC, have noticeably increased the numbers of women in political parties. For example, in the 2019 elections women gained 23 seats across all parties. Based on the current composition of the National Assembly, the proportion of women is 46%. This is a significant increase of 11% from the previous parliament. The increase of women in the national assembly to 45% is a remarkable figure given, that prior to 1994, only 2.7% of parliament consisted of women while in 1994, it stood at 27%. South Africa, Rwanda and Ethiopia are among the world’s few gender-balanced cabinets with 50%, 61% and 50 % respectively.

Overall, South Africa has made notable progress, and has arguably one of the most gender-diverse parliaments in the world, ranking number three in Africa and tenth globally. However, it still falls short in achieving gender parity.

Nationally, South Africa makes clear the link between our national priorities and gender. As a country, we have posited that there exists an iterative relationship between our foreign policy objectives and our domestic policy. At a domestic level, this requires us to unpack the gender dimensions of our domestic priorities. If we consider a few of these priorities for their gender dimensions, it becomes clear what the impacts for women are within our national priorities:

a) Creation of decent work and sustainable livelihoods: The majority of working women in South Africa are in poorly paid and poorly regulated sectors such as domestic and agricultural work and the feminisation of poverty is a growing phenomenon in South Africa

b) Education: There are higher attrition rates for girl children as opposed to boy children

c) Health: Women bore the brunt of the HIV and AIDS pandemic, and South Africa is falling short of achieving MDG 5 that related to maternal health

d) Crime: Gender based violence is a major feature of crime in South Africa, and we continue to have unacceptably high rates of rape and domestic violence.

e) Rural development: The majority of the rural poor are women and bear the brunt of rural poverty and marginalization.

The importance of linking our national priorities to the current and post-COVID Gender Challenge cannot be overemphasized, because the pandemic has caused roll-back on the gender gains that we have made over the years. From unemployment to increased burdens of unpaid care, from disrupted schooling to an escalating crisis of domestic violence and exploitation, women’s lives have been upended and their rights eroded. It will therefore remain important to ensure that as we recover from the pandemic, support and stimulus packages must target women and girls specifically, including through investments in women-owned businesses and the care economy. As well, companies and institutions must adopt special measures and quotas to advance women’s equal participation. Failure to do this, will once again leave women behind, and will further entrench gender inequality.

Although there have been some gender gains for women, this had been patchy and uneven. We still find regressive patriarchal practices that are sharply at odds with progressive gender policy legislation, and this has proven difficult to surface and to shift. It is clear that numbers are necessary, but not sufficient to ensure that gender equality and gender equity becomes a reality. Coupled with gender-based violence; equal access to resources, and enhancement of women participation in the public and private sectors including households, these barriers represent major obstacles to women’s empowerment and gender equality.

We still have a long way to go. A luta continua!