Obama’s book: A near perfect guide for policy wonks 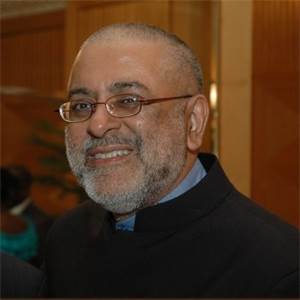 There are a few reasons why I have been encouraging my friends to read Barack Obama’s biography, A Promised Land. All 700 pages of it, not counting the additional 50 pages of acknowledgments and references.

Lugging around the hardback version of this tome is one step towards getting the famous, toned arms of Michelle Obama. It also gives you bragging rights with your friends and col- leagues, who would not have read it, especially in those silent minutes on a Zoom call when you are waiting for some laggard to get the meeting started.

And given how readable and accessible it is, you will be able to finish it in roughly the same time it takes you to read two full-length novels. Most important, I would recommend it to those involved in policy and public service matters especially President Cyril Ramaphosa’s advisers. In many ways, the book is about the art of the possible when it comes to the development of policy. And, even more important than get- ting the perfect policy down on paper, it provides road maps on how to build the capacity to implement it. This is something South Africans will have to keep in mind as we grap- ple with trying to fight poverty, achieve economic growth, social cohesion, or universal health coverage.

Let me start off by clarifying something before it is thought I have become a wild-eyed member of the Obama fan club. It is true that the response he helped develop to the 2008 finan- cial crisis ended up benefiting bank executives, that he did not succeed in closing Guantánamo prison, that he had a hand in the continuation of the Iraq and Afghan wars and implemented policy that exacerbated income inequality – all this and more must be part of the legacy we judge him by.

The book does not shy away from these or any number of the other issues that beset his presidency, including the consolidation and rise of the right wing of the Republican Party. Often in my reading, two words went through my head: is he justifying or is he explaining? Readers should keep that in mind and arrive at their own conclusions.

The book captures how the path to the White House for the first black US president was strewn with innumerable obstacles, challenges and a few near misses. For example, he describes how in 2000 he couldn’t attend his first Democratic National Convention because one of his comrades didn’t get him the required ac- cess pass. He describes this as being like a kid with his nose pressed against the window of the candy store.

Such a clear-eyed perspective allows him cer- tain indulgences, like when he describes his emotional states around particular issues — such as his family, or meeting soldiers returning from Iraq or Afghanistan, or being let down, especially by those he assumed were politically aligned with him.

This weaving of the personal into the political is so important, and I wish SA biographers would get it right. I recall attending a 2015 conference marking 60 years of the Freedom Charter where one of the speakers complained that activists in the anti-apartheid struggle didn’t seem to have had much fun in their lives. Who among us would, like Obama, confess that he read up on Hegel, Marx or Foucault just to impress one of the women activists he wanted to date?

The journey to his 2009 inauguration takes up the first 225 pages. If you feel like stopping there to read something different, you can’t be blamed. Up to that point he describes in broad strokes his family life and how much he owed to the women in his life for his deeply passionate commitment to social justice. He describes his intellectual development, especially the pe- riod when he lived like a hermit, devouring as much of the intellectual classics he could on revolutions and change.

It is his experience as a community organiser that I found most interesting and which I think shaped much of the way he wanted to relate to the grass roots through his presidential years. It’s that connectedness, combined with the savvy use of different emerging media and the attention he paid to the content of what he stood for, that helped his campaign to the Senate and lit up the 2008 presidential election campaign. Speechwriters of the world should appoint him as their patron saint: he pours lavish praise on his wordsmiths who were able to convert his complicated policy thinking into inspiring rhetoric.

The major strength of the book for policy wonks is the detail it goes into on particular challenges, and there was none bigger than the 2008/2009 financial crisis, leading to one of the most significant recessions of our times. The handling of the crisis in the midst of the 2008 presidential elections is very similar to what president-elect Joe Biden is having to deal with, given Donald Trump’s mishandling of the Covid-19 pandemic as well as the depres- sion the global economy is teetering on.

Other examples of detailed focus on key issues include the manoeuvrings, significance and final breakthrough on what came to be called Obamacare; the lead-up to the Copenhagen talks (Brics lovers beware: our leaders do not come out looking great); the US’s continued involvement in its various wars that Obama inherited from George W Bush as well as the one initiated in Libya, with the book finally ending with the murder of Osama bin Laden in May 2011.

The issues of race and the rise of an increasingly militant right-wing, of inclusion and exclusion, of relations between the governing elite and the governed, run like rich seams throughout the book. The death of bipartisanship from the era of the Clinton presidency, through the Bush years and all the way through his first term, are captured and will serve to focus us on the challenges yet to be- set the Biden presidency, let alone shape its transition.

It is only natural for one to compare the Ramaphosa presidency against Obama’s first term. Perhaps the biggest lesson we can learn is that Obama surrounded himself with some of the sharpest minds for policy advice and the most well-connected operators to effect the politics of what was required.

Some have seen Ramaphosa’s victory at the 2018 ANC conference as having been too narrow for him to lead as decisively as he could have. I am sure Obama would have liked having the hand Ramaphosa had been dealt, especially with the ANC having an overwhelming majority at the polls, ensuring it has an unassailable majority in parliament. Obama had to dribble around not only a recalcitrant Republican Party but, very much like Ramaphosa, members of his own party.

One question I wish Obama, who initiated several attempts to unite the US, had addressed in more detail, is the lessons that can be learnt by societies to overcome divisions. It is these lessons that Biden will no doubt find helpful as he navigates the Trumpian legacy of not only a country divided, but a world that has to unite around the pressing issues facing humanity. I look forward to Obama’s next volume.

Ambassador Dr Abba Omar is the operations director at the Mapungubwe Institute of Strategic Reflection (Mistra). This article first appeared on www.businesslive.co.za on 14 January 2021.