Oliver “OR” Tambo: Thinking beyond the challenges of the moment 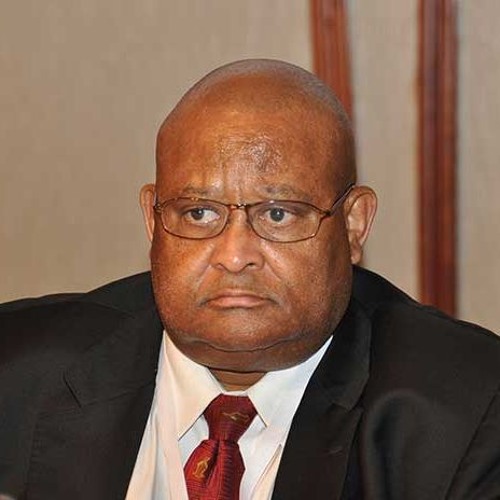 WELILE NHLAPO pays tribute to a humble giant of the South African revolution during his birthday, 27 October.

This year Oliver Reginald Tambo, the longest serving President of the African National Congress (ANC), who led the External Mission of the Liberation Movement during his long years of exile, would have turned 100 years on October 17th. In recognition of his selfless and exemplary revolutionary conduct in the service of the people of South Africa and the rest of humanity, the National Executive Committee of the African National Congress declared 2017 as the Year of Unity in Action in his memory and honour.

Today`s occasion marks one of these cel- ebrations that will be organised for the whole year. We will be doing this, to draw inspiration from his unswerving dedication to the cause of freedom in our country and continent. He will be celebrated as a committed Pan-Africanist, Internationalist, Diplomat, Strategist, Statesman, a revered Commander of our liberation forces, leader of the ANC and icon of our struggle.

Allow me to share with you the privilege I had to interact with him in various capacities at different times and occasions. I first met Oliver Tambo in October 1976 in Lusaka, Zambia. I was part of a group of young people who were in transit from Botswana to Tanzania to join the military wing of the ANC. He met us at the airport and drove us to one of the ANC residents to refresh, have food and back to the air- port. This first encounter left a lasting im- pression of a caring father and a leader who was prepared to listen to the views and experiences of young people. This in time defined the qualities and the real character of this leader.

He was always very complimentary after any task he felt was well executed, a very motivating and empowering gesture. This who will do without fail. He commanded a skill of getting people to express their views on any issues under discussion. This he did in consultations during delegations he led. There was no free ride. This also happened in every meeting he chaired.

During the 70th anniversary of the ANC, he argued for the need for a symbol that will brand the organisation. A group of artists were commissioned from different locations to make proposals for such an emblem. On viewing the material that came through he ordered that a few from each centre be brought to Lusaka to en- gage with the leadership. Serious political discussions led by him, engaging the artists to express in a graphic form the programme, the objectives, the means and the alliance that was charged with the executing of the struggle. The end pro- gramme was the current emblem which is today the symbol of the organisation. He led from the front by force of example brought the best of each individual within the collective.

The English and maths teacher he was defined his command, logic and clarity of his communication skills. He will say exactly what he wanted to communicate in a very captive and an unambiguous manner. This is what distinguished his oratory. This also created a problem for anyone who pre- sented him with him a draft written docu- ment. He will correct the grammar, shift full stops and commas around and mark in a in a red pen for the author to correct.

He loved choral music with passion and would conduct choirs in ANC camps and other establishments even for recording purposes. As a teacher he won trophies in choral music competitions and would cherish any opportunity to do this. Every time he got recordings, he would share with those whom he had identified to have an equal passion for choral music.

Oliver Tambo spent most of time away from his family. Any occasional moments he had to join his family mostly on transit through London, made any observer to appreciate the loving father and husband he was. He would always be in the kitchen washing dishes after food had been served. He sincerely enjoyed doing that. He would at the same time be concerned about his bigger family, members of the organisation he led.

OR buried his cadres whenever and wher- ever possible particularly those killed in cross border raids by the forces of the Apartheid regime in countries neighbouring South Africa. He took personal responsibility for the consequences of orders he gave. He made sure that he personally met families to convey his condolences. At all material times the families and indeed the nation appreciated this rare compassion.

Oliver Tambo, the visionary, was always ahead in thinking beyond the challenges of the moment. He would guide the organisation about how to prepare to deal with future challenges, without compromising focus on the immediate tasks that needed attention. That is why he prepared us for the eventuality of a possible negotiated peaceful political settlement and at the same time mobilising for the intensification of the armed struggle.

He strongly believed in the power of the people and the need to organise them on all fronts and sectors. He led the building of one of the most formidable, broad Anti-Apartheid Movement in solidarity with our struggling masses and for the isolation of the regime. He managed to forge an incredi- ble unity in action of all the forces around the objective of building of a non-racial, non-sexist and united democratic society in our country.

These are but few examples of the attributes of this great giant of the South African revo- lution. I chose this approach to capture the ordinary mortal he was. We sometimes cor- rectly focus on leaders of revolutionary movements mainly around what clarifies their skills and feats as commanders in armed conflicts. We therefore have the responsibility to underscore the humanity and humility that compels them to make difficult decisions for the sake of freedom and justice for the oppressed people they were destined to lead.

This is the Oliver Tambo whose memory and legacy we celebrate today.

This is the refined speech given by Ambassador Welile Nhlapo in “Commemorating the life of Oliver Reginald Tambo on the centenary of his birth: A tribute to his legacy at ACP House, 27 April 2017” in Brussels.