Opening and closing statements by the Vice-President of the Republic of Zambia, Her Honour Mrs Inonge Mutukwa Wina, during the signing of the concession agreement for development of the western corridor trade facilitation routes 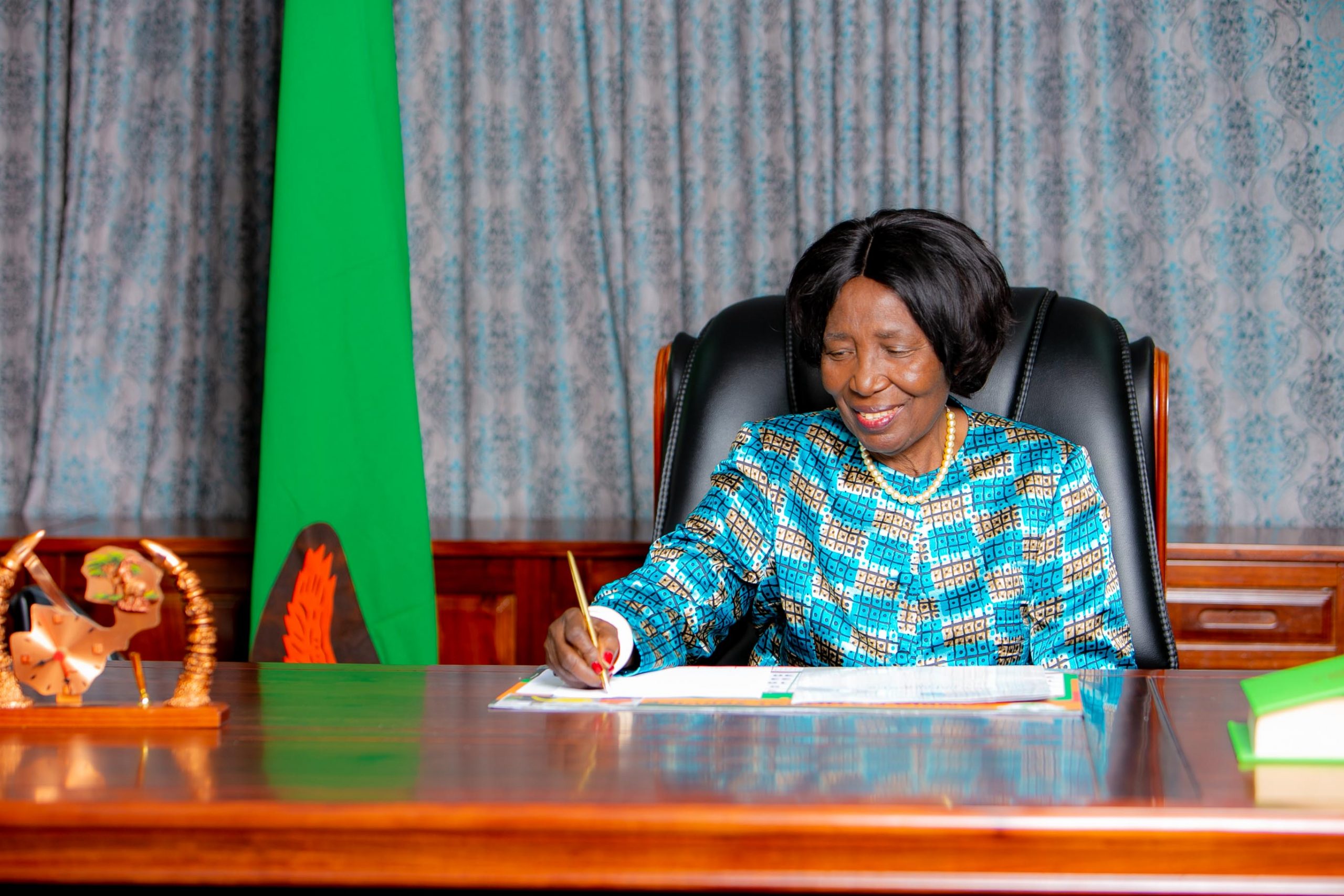 The two speeches were made by Vice-President of the Republic of Zambia, H.E. Mrs Inonge Mutukwa Wina, at the Taj Pamodzi Hotel in Lusaka on 10 August 2021

Today marks a very special occasion for the office of the vice president and indeed Zambia because this moment is a turning point never seen in the history of this country. This indeed is a momentous event in honour of the over 300,000 families or settlers occupying farms in the 93 resettlement schemes across the country. In order to appreciate the importance of this occasion, let me start by giving a short background to one of the mandates of the office of the vice president. Over one million hectares of land is currently in the hands of voluntary and involuntary settlers in some of Zambia’s most fertile regions in all the ten provinces. Unfortunately, the schemes have not performed as planned for decades because most of the schemes have been isolated from the mainstream social and economic development programmes leading to frustrations and feeling of neglect among settlers over the years.

The inclusion of resettlement schemes in the seventh national development plan 2017-2021 under the broad theme of “accelerating development efforts towards vision 2030 without leaving anyone behind was very important. I note that the primary goal of the theme is creating a diversified and resilient economy for sustained growth and socio-economic transformation, driven by, among other things the agriculture sector. However, the funding levels over the implementation period have not been commensurate with the huge tasks at hand. With such challenges, staff in my office had to innovate and explore the opportunities provided by the Zambia link 8,000 and the national road tolling programme as well as the available land in the resettlement schemes as a critical asset that needed to be matched with the need to contribute to making Zambia a food basket for the SADC, COMESA and the African continent; arising from the launch of the African Continental Free Trade Area in Kigali, Rwanda in march 2018. Further, the launch of the economic recovery programme 2020 to 22023 and Zambia’s becoming the 36th member state of the African Continental Free Trade Area which came into force on 1st January 2021 added to the need to re-think and package resettlement schemes as an attractive entity to investors and financiers under the framework of the un sustainable goals and the principles for responsible investing; for which resettlement schemes qualify in relation to poverty reduction, building resilience and addressing climate change issues.

Following what I have outlined, it is no secret that the first global trade and economic development process known to modern society was anchored on the principles of identifying the producer of commodities and the consumer of the same and then link the two by establishing trade routes by sea between Europe and Asia. This is exactly what the Dutch East India Company founded in 1602, made by establishing the first recorded formalised trade in the world; having raised capital from both public and private sector. On the basis of the same principle, Zambia is well endowed with resources for producing most of the food commodities demanded in all the neighbouring countries; and resettlement schemes can and should play a critical role in this regard under the ARIISE programme. By applying the same principle while tapping into the opportunities at home, in the region and the continent at large, a turnaround strategy for resettlement schemes was mooted, anchored on four pillars:

This brings me to one of the fundamentals questions in people’s minds such as what benefits does the ARIISE programme bring to the people in resettlement schemes, an ordinary Zambian and indeed to the country. The answer lies in the connection of the ARIISE programme to some of the continental, regional and domestic programmes aimed at uplifting the social and economic status of citizens as follows:

At this juncture, let me state that we have in our midst, the financial arrangers, consulting engineers and construction experts upon whom we have put our trust to help position Zambia claim its natural title as the SADC region’s transport, trade, logistics and tourism hub.

Closing remarks by the Vice-President of the Republic of Zambia, H.E. Mrs. Inonge Mutukwa Wina, MP, during the signing of the concession agreement for development of the western corridor trade facilitation routes

From the outset, I wish to thank his excellency Mr. Edgar Chagwa Lungu, President of the Republic of Zambia for the support and for authorising me to sign this agreement for and on behalf of the government of the Republic of Zambia. This is a proud moment for Zambia and it is an honour which I will always cherish for the rest of my life because of the massive transformation associated with the implementation of the ARIISE programme, given its national, regional and continental focus.

Let me also thank the secretary to the cabinet for allowing an entourage of permanent secretaries to be part of this momentous occasion, especially the ministry of finance for guiding my office through the public private partnership development process and the ministry of housing and infrastructure development for allowing RDA to add about 1,400 kilometers of bituminous and international standard roads to the Zambia link 8,000 and to the national road tolling programme.

I wish to thank members of the diplomatic corps especially those representing the governments of Angola, Congo Democratic Republic, and Namibia. Special appreciation also goes to the united Nations system in Zambia and the government of Japan who are partners helping us to implement activities in specific resettlement schemes in north-western and western provinces.

Let be categorical that the office of the vice president is responsible for the whole ARIISE programme implementation. However, it is clear that while the roads are critical to the ARIISE programme, the mandate to construct and supervise public roads and associated facilities in the country lies with the road development agency hence their role is to supervise the concessionaire when it comes to the roads earmarked to commence as you can see that southern African business development forum, the concessionaire, Nkulu Zambia Limited, and the engineers and contractors are shovel ready once RDA gives green light to move on site to begin construction of various infrastructure. To allay any doubt, the following are earmarked for construction;

With these key infrastructure projects lined for implementation, it is my desire that this sets the perfect stage for His Excellency Mr. Edgar Chagwa Lungu, President of the Republic of Zambia to place on record that Zambia is ready for regional, continental and international business by launching the ARIISE programme and the associated infrastructure at the earliest opportunity. I am, therefore, happy to state that on this note and as I proceed into retirement from public office, the in-coming Vice President and the nation will have a firm foundation upon which resettlement schemes will flourish as was intended from the beginning. I, therefore, urge all ministries to place their services in resettlement schemes in support of the ARIISE programme implementation.

Let Zambia arise and take its rightful position as we steer The African Continental Free Trade Agreement in the region and beyond.