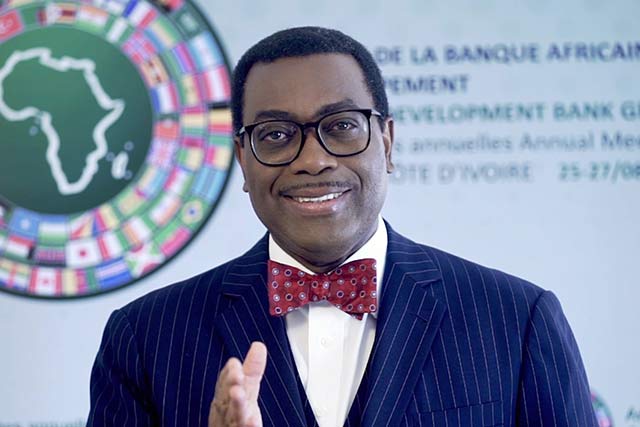 He is the 8th President of the prestigious institution, having been elected to the position on May 28, 2015 by the Bank’s Board of Governors at its Annual Meeting in Abidjan, Côte d’Ivoire.

Based at the Bank’s headquarters in Abidjan, he began his five year tenure on September 1, 2015.

The former Nigerian Minister of Agriculture and Rural Development (2011 – 2015) is well known for his bold policy reforms in the fertilizer sector as well as his innovative agricultural investment programs aimed at expanding private sector opportunities.

Before that Adesina had been Vice- President (Policy and Partnerships) of the Alliance for a Green Revolution in Africa (AGRA). He also did a ten year stint as Associate Director (Food Security) at the Rockefeller Foundation in New York, where he worked in senior leadership positions, including Regional Office Director and Representative for Southern Africa.

Adesina has received a number of global awards for his leadership and work in agriculture. In 2010, United Nations Secretary General Ban Ki- moon appointed him as one of 17 global leaders to spearhead the Millennium Development Goals, along with Bill Gates, the Spanish Prime Minister and the President of Rwanda. He was named Person of the Year by Forbes Africa magazine in 2013.

Adesina earned a first-class honours Bachelor’s degree in Agricultural Economics from the University of Ife, Nigeria in 1981. In 1988 he completed a PhD in Agricultural Economics at Purdue University in the United States, where he won the Outstanding PhD Thesis Award for his researchers work. He also won the prestigious Rockefeller Foundation Social Science Post-Doctoral Fellowship in 1988, which launched his international career in global agricultural development.