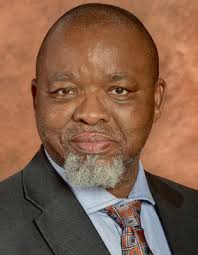 Minister Mantashe lauded EDF Renewables for taking up the challenge to invest in the three wind power projects that are going to contribute120MW renewable capacity to the national grid. “Congratulations and we must not put pressure on you to put energy on the grid in two months, it is not going to happen. We must accept that you are going to build the facilities and give us that energy in the medium to long term”, said the Minister.

The Minister emphasised that the Department committed in IRP 2019 to increase renewables by 18% and reduce coal by 15%.

The Department further outlined the way forward with concluding the signing of the remaining 22 projects procured under the REIPPPP Bid Window 5 in October 2021.

Mr Magoro highlighted that the 3 EDF Renewables projects signed on 22 September 2022 are all procured from onshore wind technologies and will contribute a total of 420MW of renewable capacity to the national grid. These projects are Coleskop Wind Power 140MW; San Kraal Wind Power 140MW; and Phezukomoya Wind Power 140MW.

Once these projects have reached financial close, the construction timeline is expected to be 24 months and the new generation capacity should be online by the end of 2024.

These projects will be developed by international developer, EDF Renewables, in partnership with local shareholders. The total investment amount for these projects is approximately R 11 billion, of which R 7.8 billion is debt finance.

As with other IPP procurement, this bid window was also designed to stimulate economic growth and support socio-economic transformation throughout the full value chain. In this respect, together the three projects will create a total number of 2 230 job opportunities and an amount of R 543 million is dedicated to be spent on Skills Development, Supplier Development, Enterprise Development, and Socio-Economic Development.

The Department and IPP Office are currently engaging with the remaining 22 Preferred Bidders under REIPPPP Bid Window 5 with a view to finalizing the conditions precedent to enable the signing of the Project Agreements.

A number of bidders who have recently received their Budget Quotations will be scheduled for signing of agreements once these have been finalised. Announcements around this will be made shortly. Some bidders have challenges around their issued BQs that have to be resolved first before their legal agreements can be finalised.

Background to the REIPPPP Bid Window 5

The REIPPPP Bid Window 5 Request for Proposals (RFP) was released on 12th April 2021 and was the first bid window to be launched under the Ministerial Determination promulgated on 25th September 2022 under IRP2019. The bid window aims to procure a total of 2 600MW energy, consisting of 1 600 MW onshore wind and 1000MW Solar PV plants.

The bid submission on 16th August 2021 confirmed the strong interest from the market with 102 bids submitted totaling an oversubscribed 9 644 MW. The Minister announced 25 Preferred Bidders on the 28th October 2021, to provide a total capacity of 2 583 MW. Of this, 1608 MW will be procured from 12 Wind projects, and 975 MW from 13 Solar PV projects.

In April 2022, the Department announced that commercial close of the Preferred Bidders will be undertaken in a phased approach, informed by the anticipated timelines required to finalise preparations to enable the signature of the Power Purchase Agreements (PPAs) and Implementation Agreements (IA) under the REIPPPP Bid Window 5. One of the factors that had influenced this timeline was the indicative timelines from Eskom to issue Budget Quotations (BQs).

The Budget Quotations are required in order to finalise final costing and commercial operation timelines to incorporate into the Project Agreements and prepare for Commercial Close. Various factors have contributed to the longer BQ timelines, including scope changes initiated by both the Preferred Bidders and Eskom, as well as the finalization of grid connection plans for the proposed projects.

The agreements that were signed include:

• The Power Purchase Agreement (PPA): This agreement regulates the sale of the energy between the respective IPPs and Eskom. This document will be signed by Eskom and the IPPs.

• The Implementation Agreement (IA): The IA includes all the commitments made by the bidders in terms of Socio-economic Development, Enterprise Development, etc. In addition, the IA also provides for the required Government support to the IPPs and the lenders to the project. This document will be signed by the Department and the IPPs; and

• The Direct Agreement (DA): This agreement allows the lenders to have step-in rights, in the event the IPPs fail to honour its obligations under the Finance Agreement. This enables the lender to take over the plant(s) and/or hand it over to another party to operate the plant(s) on its behalf until the lender has recovered the total amount invested on the respective project. This agreement is signed by the Department, Eskom, IPPs and Lenders.