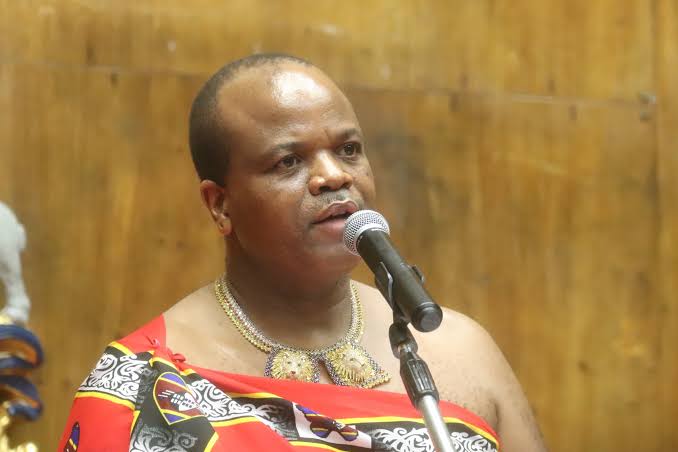 In Addis Ababa, Ethiopia, on  7 July 2020, on the occasion of the 1st  Africa Integration Day, there was a major milestone achievement by the African Union and African Electronic Trade Group partnership which was signed in September 2018. The event was graced by the presence of His Excellency Mahamadou Issoufou, President of the Republic of Niger and Leader/Champion of the African Continental Free Trade Area process and His Majesty King Mswati III, Kingdom of Eswatini and Chairperson of the Presidential Advisory Council to the AeTrade Group who both presented key note addresses on this historic occasion.

Ambassador Albert Muchanga, AU Commissioner for Trade and Industry, delivered welcoming remarks on behalf of the African Union Commission and congratulated the AeTrade Group for their dedication to serving the continent. There were several dignitaries who delivered Statements including Dr. Benedict Oramah, President of the African Export- Import Bank, Mr. Ahmed Elsewedy, a reputable businessman from the Arab Republic of Egypt, Mrs. Tomi Fadina, an outstanding young entrepreneur from Nigeria in the communications/ creative arts industry, H.E Mr. Hailemariam Desalegn, former Prime Minister of Ethiopia and AeTrade Group Patron had his Statement delivered by the Moderator, Dr. Amany Asfour, International President of Business and Professional Women (BPW) ,.000President of African Alliance for Women Empowerment and AeTrade Group Director.

The name of the Platform was unveiled by HE Commissioner Albert Muchanga, explaining that SOKOKUU is a Kiswahili word meaning ‘Common Market or Central Market’ and this is fitting for the purpose of connecting all businesses across the emerging integrated African market, and it can be found on sokokuu.africa. He confirmed that the selection of the name had been a collaborative process between the AU and the AeTrade Group leading up to the event.

The CEO and Chairman of the AeTrade Group, Mr. Mulualem Syoum, commended AU Heads of States and Governments for their sustained political commitment to deliver an integrated market in Africa and welcomed the opportunity to collaborate closely with the African Union Commission and continental, regional and national bodies in the public and private sectors to digitally enable the implementation of the AfCFTA, thus enhancing Intra- African Trade, SME development and Industrial Development. Through digital capacity building and access to trade information and markets across the continent and globally, the number of competitive African SMEs and decent jobs created will increase significantly. The AeTrade Group targets the creation of 600,000 SMEs in 4 years, creating 22 million jobs and 5 million SMEs in 15 years, creating between 80-125 million jobs.

Mr. Syoum paid tribute to the leaders of the Kingdom of Eswatini and the Republic of Guinea for the public-private partnership anchoring this grand Pan African initiative, which was signed during October and December 2019. He indicated that the other regional offices and headquarters are still open and are to be decided in the coming months. He thanked all the eighteen (18) countries that expressed interest in participating in the AeTrade Group initiatives, and assured them there is an opportunity for all 55 countries to build a continental digital market anchored on the inspiring work done by President Mahamadou Issoufou and all the Heads of State and Government supported by the Ministers of Trade and Chief Negotiators in the AfCFTA process. “We are humbled by the presence of His Excellency today during the launch of the Youth Start Up Competition and the Launch of the African E-Commerce Platform”

H.E. Mahamadou Issoufou, the President of the Republic of Niger, in his inspiring Keynote Address on the 1st Africa Integration Day, thanked all Heads of States and Governments for the sustained commitment to the operationalization of the AfCFTA Agreement. Recalling all the generations of Pan Africanists, since W.E Du Bois, he congratulated the Diaspora for their contributions towards an integrated, prosperous and peaceful Africa. Furthermore, he congratulated the AeTrade Group for the support of 150 Youth Enterprises to attend the Second Intra-African Trade that is co-organized by the African Union, the African Export Import Bank and the host country the Republic of Rwanda. At the end of his Address, he declared the Global Competition for Youth Start Ups open.

His Majesty King Mswati III congratulated the African Union Commission for organizing the 1st African Integration week events. Whilst commending the AU reform process led by H.E. President Paul Kagame, he remarked that the 1st Africa Integration Day had brought the people across the continent closer to the mother body, the African Union. In His Majesty capacity as the inaugural Chairperson of the Presidential Advisory Council, stated that the AeTrade Group initiatives should be fully embraced by Africans as they are impressive, multifaceted and transformational for the continent. They will empower women, youth, micro, small, medium sized entrepreneurs to operate on an African branded platform that will enable Africans to connect and trade with each other. H.M highlighted that the AeTrade Group will be a major Pan African enterprise, with approximately 30,000 employees when fully operational, employing more than 50 percent women in its top leadership. In this vein he encouraged all African enterprises to ensure that women rise in significant numbers to board level positions. H.M also believed that due to its focus on technology and innovation, the AeTrade Group will be staffed predominantly by young African professionals.

His Majesty indicated that the AeTrade Group is also bringing e-Government solutions and unveiled an AeTrade Group designed application called “Afrisnap (https://afrisnap.com )” which was named by the youth, a social media tool to connect Governments, SMEs and Citizens to share information and to build strategies to emerge from the COVID-19 pandemic united and more resilient. In closing, His Majesty committed to champion this continental digital economic transformation initiative working closely with President Issoufou and all AU Heads of State and Government to mainstream the AeTrade Group initiatives into the African Union strategies thus enabling regular progress reporting at each Summit.

In a vote of thanks, Mr. Mulualem Syoum said “We wish to thank the African Union for their appreciation that we are a social enterprise with a mission to contribute to the implementation of the AU’s decisions for prosperity and integration. We believe that

launching the SUKOKUU on the first Africa Integration Day, is a privilege and an honor we share with fellow Africans at home and abroad. We appreciate all the support from the Chairperson of the Presidential Advisory Council, His Majesty King Mswati III; the AeTrade Group Patron, H.E. Hailemariam Desalegn; all the members of Board of Directors, AeTrade Champions, all the staff of the AeTrade Group, all our strategic partners, and my family in Canada and Ethiopia where I am born. The time has come for some of us to come back home to contribute in different areas of peace, integration and prosperity in Africa under Agenda 2063.” At the end of the ceremony, he unveiled the AeTrade Group website www.aetradegroup.com and several congratulatory messages from partners of the AeTrade Group including, Concordia University, Canadian Council for Africa, Foundation BDA, and the African Standardization Organization, amongst others.

***
About the African Union

The African Union spearheads Africa’s development and integration in close collaboration with African Union Member States, the Regional Economic Communities and African citizens. AU Vision An integrated, prosperous and peaceful Africa, driven by its own citizens and representing a dynamic force in global arena.

The African e-Trade Group is a social enterprise initiated by a group of African, multi- stakeholder and multi-talented professionals and entrepreneurs. The A-eTrade Group works to empower the African digital economy. This work focuses on a trading platform and capabilities that boost intra-African and inter-African trade.

The A-eTrade Group builds alliances and partnerships between the public and private sectors, to develop new technology projects that offer opportunities and benefits for African entrepreneurs, especially the youth and women.