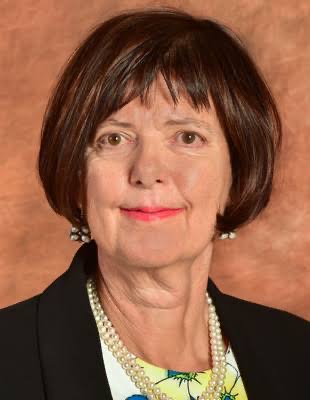 This was  the message conveyed by a Ministerial delegation led by Forestry, Fisheries and the Environment Minister, Ms Barbara Creecy, in a meeting with Climate Envoys, led by UK COP 26 Envoy  Mr John Murton, in the City of Tshwane yesterday. The Climate Envoys included representatives  from the United Kingdom,  France, Germany and the United States of America. Representatives from the European Union were also present.

The discussions, which took place a few weeks ahead of COP26 in Glasgow, aimed to explore opportunities for enhanced co-operation, financing and support for South Africa’s Just Transition to a low carbon economy and climate resilient society.

The delegation explained that South Africa, as a developing country, is committed to contributing its fair share towards a global low-emissions, climate resilient economy and society by mid-century.

We recognise the consequences of climate change will be catastrophic for the world, and for South Africa in particular, without global ambitious action to reduce emissions, and address adaptation.

The latest science makes it clear that in order to prevent these catastrophic consequences, an accelerated shift to a low-emissions society is required. South Africa in partnership with the rest of Africa is on the front-line in the global struggle against climate change and is dedicating significant resources to adapt to the reality of an already-changing climate and address consequential loss and damage.

South Africa has set an ambitious Nationally Determined Contribution of 420- 350 Mt CO2-eq which is compatible with Paris Agreement goals. However, to achieve such an ambitious target, developed countries must meet their financing commitments made under the UNFCCC and reaffirmed in the Paris Agreement adopted at COP 21.

While South Africa is committed to a Just Transition, we need certainty and predictability of the quantum of financing available to us, to accelerate this transition. We do need an irrevocable agreement that we can sign at COP 26 where our commitments, as all Parties, are clear.

Some of the specific areas where we require immediate support include repowering and repurposing of retiring coal plants, investment in new low carbon generation capacity and transmission and distribution infrastructure, the first phase of the Just Transition support Electric Vehicle (EV) manufacture in South Africa as a critical transition pathway for the automotive  industry and support for an export-oriented green hydrogen industry based on low-cost renewable energy.

As the largest carbon emitter on the African continent, South Africa is particularly well positioned to be the preferred partner for concessional climate (or “green”) funding to accelerate the decarbonisation of its economy.

South Africa is proposing the establishment of a Just Transition Financing Facility, which will support the Just Transition process across the relevant sectors of the economy. This represents a win-win for South Africa and its international partners, enabling ambitious climate action in South Africa, addressing social impacts comprehensively while meeting developed country commitments to finance the transition.

The delegation led by Mr Murton commended South Africa on its revised and ambitious NDC. The delegation further welcomed the opportunity for enhanced co-operation in support of South Africa’s Just Transition.  The delegation agreed to revert on issues related to financial support raised in the meeting.

A technical task team made up of expert officials will take forward the discussions with the aim of reaching an enabling framework agreement by COP 26.