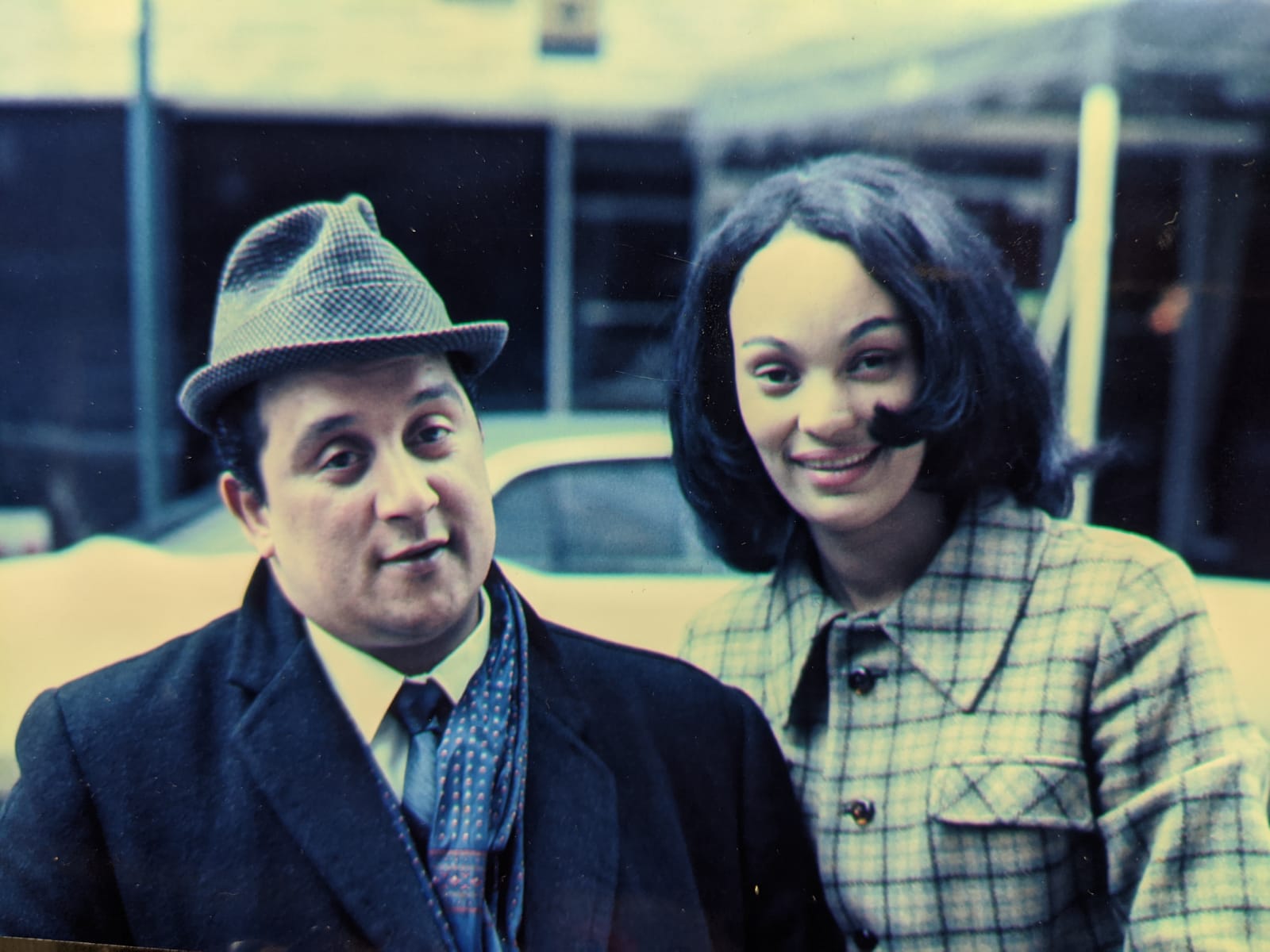 Mabel Kester, based in Italy, chronicles the life and times of her late husband, Joseph Gabriels, the classical tenor who defied apartheid and made his mark beyond Africa’s borders…

Joseph Gabriels was born in Salt River, Cape Town in April 1937. Joey, as his friends called him, started as a choir boy for St. Lukes church. A teacher who heard him sing “Because” at a school concert suggested he takes singing seriously. He later joined a Cape Malay Choir.

He started out with the Mario Lanza type of song in all the local shows around the country.

Even though he could not read music, he spent a lot of time teaching the coons in District Six to sing.The Young Stars, a team of 600 coons, once, won the first prize in a competition on Green Point track singing Ave Maria in Latin. A fantastic reward for both Joey and the coons because they couldn’t read music and they didn’t even understand Latin. The main thing for them was they just wanted to sing and be part of Cape Town’s New Year celebrations.

Joseph was discovered by Joseph Manca, musical director of the EOAN GROUP. The EOAN GROUP, a voluntary, cultural group was started in District Six in 1933. The name Eoan comes from the Greek word ‘Eos’, the goddess of the dawn. In Greek mythology she is personified as the one who brings the hope of a new day. The group’s founder, Helen Southern-Holt, a British immigrant chose this name because it referred to her desire to bring hope and cultural opportunities to the community of District Six and all the gifted actors, musicians and dancers in Cape Town who wanted to express their life’s calling, but couldn’t because of their colour and the apartheid system. The “non-white” populations were not allowed to see any shows that were being held at the theatres in South Africa.

He had his own radio programme on Springbok radio every Thursday evening called “The Voice of Firestone” (1965/1966) – featuring the Firestone Strings’ conductor Jay Wilbur.

Joseph sang mostly Neapolitan folk songs even if he had received no formal musical or vocal training while in South Africa.

In 1967 he received a bursary from the Schneier family of Johannesburg to study in Milan, Italy. The apartheid government decided to give him an exit passport.

Later, when I wanted to join him in Italy, I was not allowed a passport because I was a teacher. I had to say I was a housewife to get a passport.

Completing his studies, his star shone brighter and brighter in the country that gave birth to the music genre that he fell in love with and listened to from an early age. In 1969 he won a prize in the famous Verdi competition in Busseto, the birthplace of Verdi.

He made his debut on 5th February 1971 at the Metropolitan Opera House in New York as Canio in I Pagliacci – the first ever South African to sing there. He later sang Don Carlos, Madama Butterfly and Il Trovatore with Dusseldorf Opera and Duisburg and was invited to sing for the Vatican.

He then appeared with the English National Opera in the full version of Verdi’s Don Carlos. He was also a regular singer at a cultural centre in Fidenza, in Italy.

In fact, the Gabriels’ home in Milan was, right from the start, always a refuge for stranded South Africans passing through Milan who needed assistance. We helped in whatever way we could.

Unfortunately, Joseph’s career was cut short because of a terrible illness, Emphysema, which moved in slowly without anyone realising it.

When he was very ill, he chose to return home to his roots. He wanted to enjoy the sunshine in South Africa,his homeland, which he could not enjoy to the full as an artist because of his colour.

He sadly passed away on 26 January 1995 in the Groote Schuur Hospital.

When the former president Nelson Mandela was very ill, I decided to send him Joseph’s aria “Nessun Dorma” which he had sung in his dedication to the global icon. I wanted to wish him a speedy recovery.