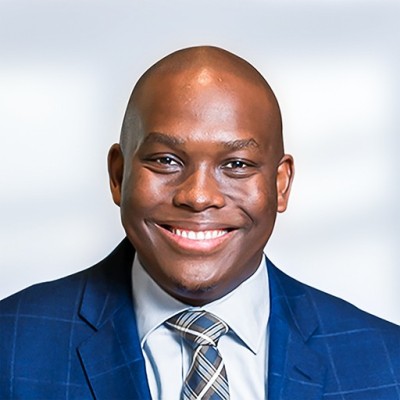 This question seems rhetorical at face value until you consider the nuance & the detail. Minibus Taxis, Spaza shops, funeral parlors & even shebeens & taverns are not owned by their owners.

When listeriosis hit, South Africans reacted with memes of humor to mask their shock. It’s a South Africanism: when the truth is too brittle, use humor to confront its vulgarity. Enterprise Foods – a subsidiary of Tiger Brands – was the first source of reported cases. It’s Polokwane facility contaminated crèches going toddlers in Soweto.

By March, Botswana, Namibia, Mauritius, Mozambique, Malawi, Kenya & Zambia has suspended imports of processed meats from SA because of their outbreak. At this stage, RCL Foods & Rainbow Chicken had also been implicated through their Free State factory.

But the products manufactured at these facilities are sold for consumption at predominantly (not exclusively) traditional outlets. Traditional trade outlets are what academics call Spaza shops, general dealers et al. By the same year of 2017, these outlets numbered 140,000 according to the Unisa Bureau of Market Research. That’s compared to 2,500 modern trade outlets (supermarkets).

Most of the traditional outlets are located in peri-urban, rural & township areas. They tend to access their products using the low-priced quantity driven cash & carry trade. Cash & carrys were the bastions of traders in the 1960s through to the early 2000s. The black traders unable to create their own production facilities (lack of funding, poor market access & prohibitive apartheid laws) relied heavily on the cash & carry trade.

Most of the legacy black traders in townships became part of banner groups like Viva, Buyrite, or the latest uSave. These banners group allowed for a more than flexible franchise model where the owner maintained ownership but joined a buying group with market prowess.

The idea was that this should lower their input costs, making them more competitive while building a brand than customers should (or could) trust.

For white South Africans, the IGA brand, Seven Eleven, was the banner for the corner cafe owned mainly by Greek, Jewish & Portuguese families. Banners were made necessary by the Apartheid economic construct.

The black majority (read consumer) living in townships and the white-owned factories in industrial areas (without a license to trade in the townships) needed a distribution model for their products. The townships general dealers & Spaza shop was exactly that. The Mbeki era removed these economic barriers by the consumption-production patterns persisted & have become further entrenched.

So, the erstwhile informal trader doesn’t have the means to raise growth capital in the capital markets because he is “informal”. Yet the products he sells are manufactured by an industrial area factory (deemed formal) which enjoys access to bank facilities.

He (Spaza shop owner) buys the goods from a distributor (cash & carry) who is part of a large company that also enjoys access to financial products. Excuse my taking liberty of a gender hegemon.

So when we say the informal sector, this a South Africa slang for, the predominantly black consumption economy. Or the more polite boardroom term: downstream of the value chain.

The latest Massmart numbers are telling: Masscash, which houses amongst others the cash & carry brand is Jumbo, generated R30bn in sales & edifies R1.48bn in goodwill (post the fair value adjustment) in the FY 2019 financial year.

I use Massmart as a case study to illustrate the point. But you could also look at Shoprite, PicknPay, Spar, Independent Cash & Carry et al.

The death of Metro Cash & Carry simply meant their market share was divied amongst the others Goliath’s.

But my point is that informal is not really informal. It’s just not sufficiently organized & under-reported.

The case of Listeriosis & its impact further supports the point of the economic concentration in SA. Three factories, over 1000 infections.

Vusi Thembekwayo is a Speaker/Investor/Leader.