Hadebe Hadebe: Where is “Africa” by the way? 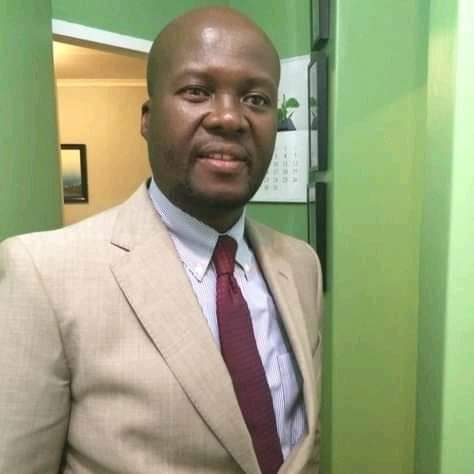 The article “The Unfolding of the Intellectual Activist: An African Philosophical Perspective” by UNISA’s Ompha Tshikhudo Malima argues that “there is the potential to solve African problems without perpetually blaming colonialism”.

This work represents a brave attempt to help Africans to “move on” and to think about approaches that imagine their reality beyond their current situation.

The article contends that “African philosophy can simultaneously fight colonial discourses on Africa while contributing towards human well-being by situating intellectual activism in the African condition of poverty. Intellectual activists should participate, together with citizens, in the formulation of relevant and practical policies.”

It calls thus for “reframing intellectual activism” when dealing with complex subjects of poverty and development.

It is undeniable and also understandable that African peoples more or less faced similar experiences as a result of colonialism and conquest. There is no evidence that they have succeeded to deal with this brutality in order to reshape their lives into what they desire.

From a philosophical perspective, his perspective treats the “African peoples” as single unit and ignores that “Africa” could be imaginary than real. Even, the very idea of “Africa” came from outside Africa, starting with Herodotus.

It is therefore possible that our epistemology and intellectual adventures that seek to deal with Africa’s problems are misinformed because we may not be using the correct lens or we could be lumping together different units that probably need separate treatment.

At this present moment l am grappling with the notion of “Africa” if it exists or not. I do understand that there is a geographical landmass called Africa where l supposedly live, but this area is connected to an ever bigger place called Eurasia.

Not only that, this landmass stretches from Ceuta in northern Morocco to the Cape of Good Hope in the southern tip.

Then the question is: Can there be one solution that solve all that going on in Western Sahara or Ethiopia as well as ESwatini without losing the local essence?

This question exposes one thing: there could be many Africas to be simplified in a single philosophy, idea or solution.

Our painful past has artificially united us into thinking that we could be the same, we also believe that there could universal solutions that could be panacea to all our problems, including underdevelopment and other challenges.

In terms of space and form, l question using Africa as a single body as regards to language, philosophy, belief systems and other issues. That is why l neither subscribe to Pan- Africanism nor Ubuntu because their basis is physically weak.

As such, I am yet to get evidence that an Igbo has historically always seen himself the same (or related to) as a Herero (Namibia), Makua (Mozambique) or Oromo (Ethiopia).

My view is there are many Africas to have one philosophy such as Ubuntu, for example.

I am not denying that there could be semblances and overlaps but Africa is part of mythology which fascinated colonisers, and those in the Africa diaspora.

What is not known to many is that African thinking as an approach did not begin in the continent but it started abroad.

The African diaspora pioneered the thinking of treating the continent as a single large body. Hence, older generations that included Padmore, Du Bois, Marcus Garvey and others feature prominently in the history of Pan Africanism.

It is quite interesting that Asians like Indians, Chinese, Siberians and Turkish tribes do not have anything called Pan-Asian philosophy, scholarship or solutions in recognition of the continent’s diversity and dissimilarities.

Europe is equally fragmented notwithstanding the emergence of the EU recent years.

Why is Africa treated as one place, when all the evidence is there that it could me many places in one?

The Africans born in Africa were in influenced by the African diaspora, whether in the Paris School or UK/ US School.

My reservations with the African diaspora is that they are like all diasporas: they romanticise their origins to a point that they miss important information about the continent which is diverse, pluralistic and dynamic.

It is now more than 100 years since Pan Africanism as a school of thought, so to speak, since it emerged.

But it remains in the heads of scholars, and populations have never embraced it as a way of life within and without countries. Ugandan Simon Kuper correctly points out that “But for many actual Africans the notion of a shared continent has little reality.”

Michael Radu wrote in the Foreign Policy Research Institute that “Africa, like Asia and unlike Europe or Latin America, is not a cultural, political, or economic entity.”

The African intellectual journey has there been about selfishness as it has been about copying what others do.

An African intellectual has generally been comfortable acting as a parrot. The African Renaissance philosophy is highly questionable and is empty in a sense that it holds no promise that it can take millions of people in the continent from their current misery, destitution and poverty.

Throughout the passages above, l have come across as a deconstructionist, of which l am, not to discourage creative ways of looking into our problems and how to escape them.

But what l find plausible is the belief that Africans can imagine their current plight outside colonialism when its continuities persist and unforgivingly dictate our position in relation to others.

Colonialism and capitalism are almost synonymous and therefore not easy to separate. It is for the reason l also do not use words like “decolonisation” for their shortsightedness in thinking that colonialism is a historical event when it never ended, but merely changed form.

Canadian scholars have been criticized for insisting on “historicising” that population’s involvement in colonialism. Indigenous peoples still live and exist in the peripheries of the Canadian society.

Thus, it is a dangerous approach to think that decolonisation is dealing with historical occurrences when colonialism as a social, economic and political philosophy or ideology continues to treat us as the “other”.

The house of cards is stacked against us in terms of political and economic relations, trade, socially and otherwise. Any new thinking about a new developmental paradigm that ignores colonialism and its effects is like to come down crashing.

The reason for this emanates from being unable to check the “blind spots” that are in place to frustrate development in the pseudo-countries that we call our homes.

Cruising towards attaining development can easily be hindered by law and institutional makeup that shows great bias towards the “former” colonisers at our expense.

My parting short is that Africans are like white rats in a cage, the experimentation on them will not stop unless colonialism and neo-colonialism as well their effects are toppled.

These realities cannot be overcome by simply ignoring them but conscious efforts must be put to bring them to an end. Both capitalism and colonialism are smart and tricky because they are able to change form and shape to a point that they become unrecognisable.

Ubuntu and African Renaissance, in my view, exemplify this phenomenon since they could be prolonging the lifespan of colonialism instead of ending it.

Pan-Africanism, Ubuntu and African Renaissance have sort of distinguished themselves as solutions but yet they represent hallucinations about a misplaced dream. Colonialism marches on, undisturbed and least interrupted.

They represent the state of Africa that they claimed to assist in “finding itself” – African leaders are in Europe asking for donations. And Africa has a distorted image of itself because it only exists in a delusional mind.

The colonial footprint is in the argument.