Zwelakhe Ngobese: Using the power of a pen to paint African realism 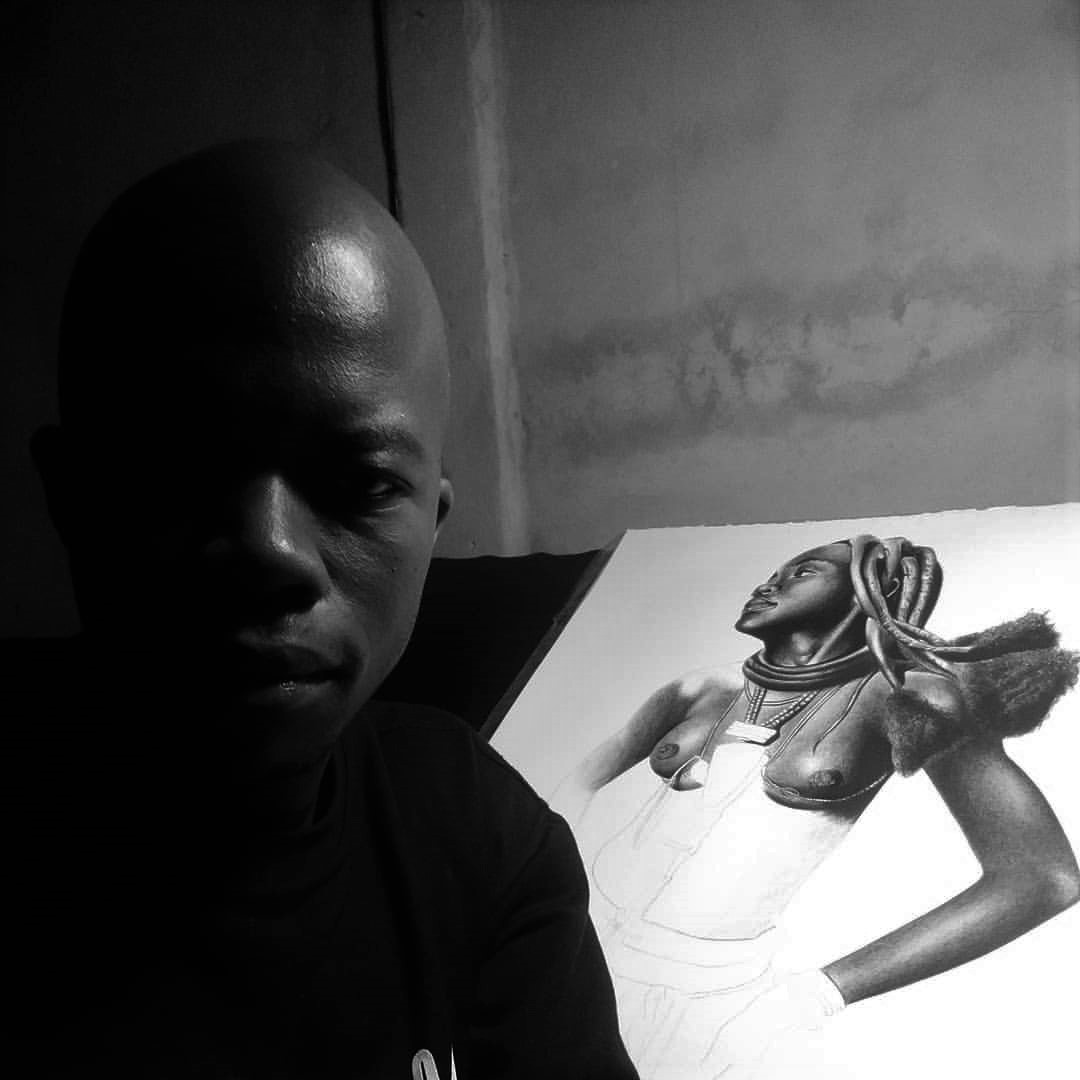 Zwelakhe Ngobese is a self-taught artist who hails from Duduza, Nigel in the east of Johannesburg. He was born on 13 August 1994. His journey as an artist began in 2014, by then he was still using graphite pencils to create his artworks. He has always been passionate about creating realistic works of art – and graphite became his preferred medium.

He savoured creating lifelike portraits using graphite pencils in early stages of his career as an artist. He spent the first three years of his career ameliorating his skills and augmenting his understanding pertaining to the use of graphite pencils. In 2017, he was eager to challenge himself and learn more about realistic art; it was then that he was first introduced to straight pen medium.

He fell in love with working with a pen, and it challenged him as an artist. It has not been an easy journey though, but he nonetheless challenged himself to go even further, and thus raised the bar as regards his God-given talent, as well as keeping pace with his academic pursuit as a student. Zwelakhe is currently studying Biomedical Technology in the Faculty of Applied Sciences at the Vaal University of Technology (VUT).

“I am interested in African culture which is what my artwork is largely based on. I employ the power of the pen to tell African stories as means to preserve the African culture through my artworks as my heritage is central to my being,” stated the sanguine Zwelakhe.