Zingiswa Losi: A worker leader empowers the marginalised to participate meaningfully in the mainstream economy 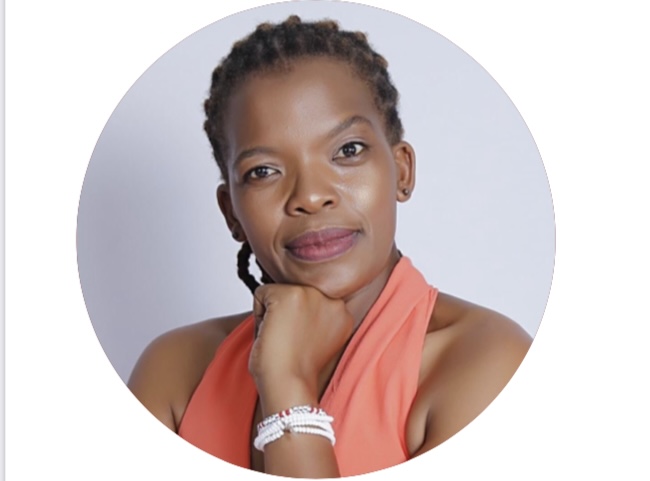 Many of us know Zingiswa Losi as a leader who passionately wages galant struggles for the betterment of the shop floor conditions under which employees work under. She is the President of the Congress of South African Trade Unions (COSATU). She was elected to the portfolio during the 13th National Congress in 2018 – making her the first woman leader to lead the country’s biggest and most progressive labour federation. She previously served in the ANC Youth League structures in the Eastern Cape.

Zingiswa’s strategic vision, focus and discipline – as a leader believing in a participative democracy – in carrying out her mandate with military precision are steeped in her background as a  trained soldier who at some point served in the South African National Defence Force (SANDF) for three years. After resigning from the army, she was employed by Ford – at their car assembly plant in Port Elizabeth – as an operator in the engine components and assembly division in 2002. Her sterling qualities as a strong believer in  perfection and uncompromising quality assurance saw her being appointed as a quality inspector.

In the same year, her colleagues and comrades in  the National Union of Metalworkers of South Africa (NUMSA) at the plant elected her as their shop steward. She was simultaneously appointed to serve in various NUMSA committees such as finance and education in the union’s regional structure in Eastern Cape.

Now as  a senior leader of COSATU, she’s determined to build a strong federation while ensuring  that women are elected into the leadership ranks of the federation and its affiliates. This is critical for her as she believes it isn’t just for the purpose of achieving gender equity, “but for the transformation of the broader society.”

Zingiswa has a passion for fine art – something that regrettably takes a back seat as her federation’s work leaves her with no time to do painting. Another passion for her is spending quality time with her family.

Believing in the principle of one being a member of their community before they are a worker, Zingiswa has launched the Zakuya Foundation. This is a non-profit organisation which was registered in August 2021. “This is a family initiative which is founded on the African philosophies and principles of ubuntu and ma’at,” she says with a tinge of satisfaction. “These are concepts which call upon people to act with honour, compassion and selflessness towards humanity. These qualities are a fundamental part of our moral duty and responsibility as citizens of the world, we ought to care for our neighbours and communities and promote harmony and development in society.”

The ravages of COVID-19 on communities was one of the issues that inspired the establishment of this initiative. “It was established  at the backdrop of a devastating global pandemic which unearthed devastating socio-economic disparities in the South African society, in which conversations around coping mechanisms were brought to the fore,” she commented matter-of-factly, “the role of bringing spirituality, education and economic empowerment of marginalised groups is our mission. Ours is to create a platform which will change transform South African society one life at a time.” So shefounded Zakuya Foundation upon discovering her gift as an intuitive spiritual leader and seeing the importance of enlightened leadership and the need for education on African traditional practices.

Zingiswa outlined the mission of Zakuya Foundation as “to educate, uplift and empower historically disadvantaged groups with tools which will enable and give them access to participate in the mainstream economy.”

“We envision a society where the most vulnerable groups begin to realize the power and resilience that lies within them, uncover their true potential and purpose through empowerment and being connected to opportunities.

Zakuya has three strategic programmes which support each other in it’s fight against unemployment, inequality and poverty. Our aim is to combine youth education; skills development and training; and, enterprise and supplier development in a holistic manner to bring about empowering opportunities for our target groups.”

Zingiswa plays much broader roles in the country and SADC. She is also the President of the Southern African Trade Union Coordinating Council (SATUCC) in the SADC region, Co-Convenor of Progressive Women’s Movement of South Africa (PWMSA), and serves in Presidential Investment Advisory Council.

The Foundation is managed by two capable young leaders – namely, Chuma Losi and Nelo Mablisa. Chuma,  an erudite scholar, is armed with a BA in Political Studies and Public Administration, serves as Project Coordinator of the Foundation. She has previously served on the Executive Board of the Junior City Council as the Head of Community Service. On full time basis, she works at the Commission of Conciliation, Mediation and Arbitration (CCMA). She’s ardent and passionate on finding and bringing sustainable support and development measures to historically disadvantaged groups in society. Her tasks, amongst others, include managing the day-to-day operations of the foundation, organizing and maintaining records, managing projects and conducting research. She also has extensive experience as an Administration Assistant from her previous work experience.

Nelo also has an illustrious academic credentials. She has garnered a B. Com in Industrial and Organizational Psychology, Diploma in Public Relations and Diploma in Business Administration.

She is an intuitive, holistic and spiritual leader and Business Officer of Zakuya. Formerly a production and quality assurance manager, and now owner of Nehtsha Inc, she is living and working her most passionate life of helping others heal themselves. Her philosophy of spirituality is alignment of one’s mental, physical, emotional and spiritual parts coming together to encourage self-love, healing and appreciation and raise one’s consciousness and clear any emotional and electromagnetic interferences. Her business expertise are most crucial in her duties in the Foundation which include stakeholder management to ensure that a productive and cohesive working environment is maintained.