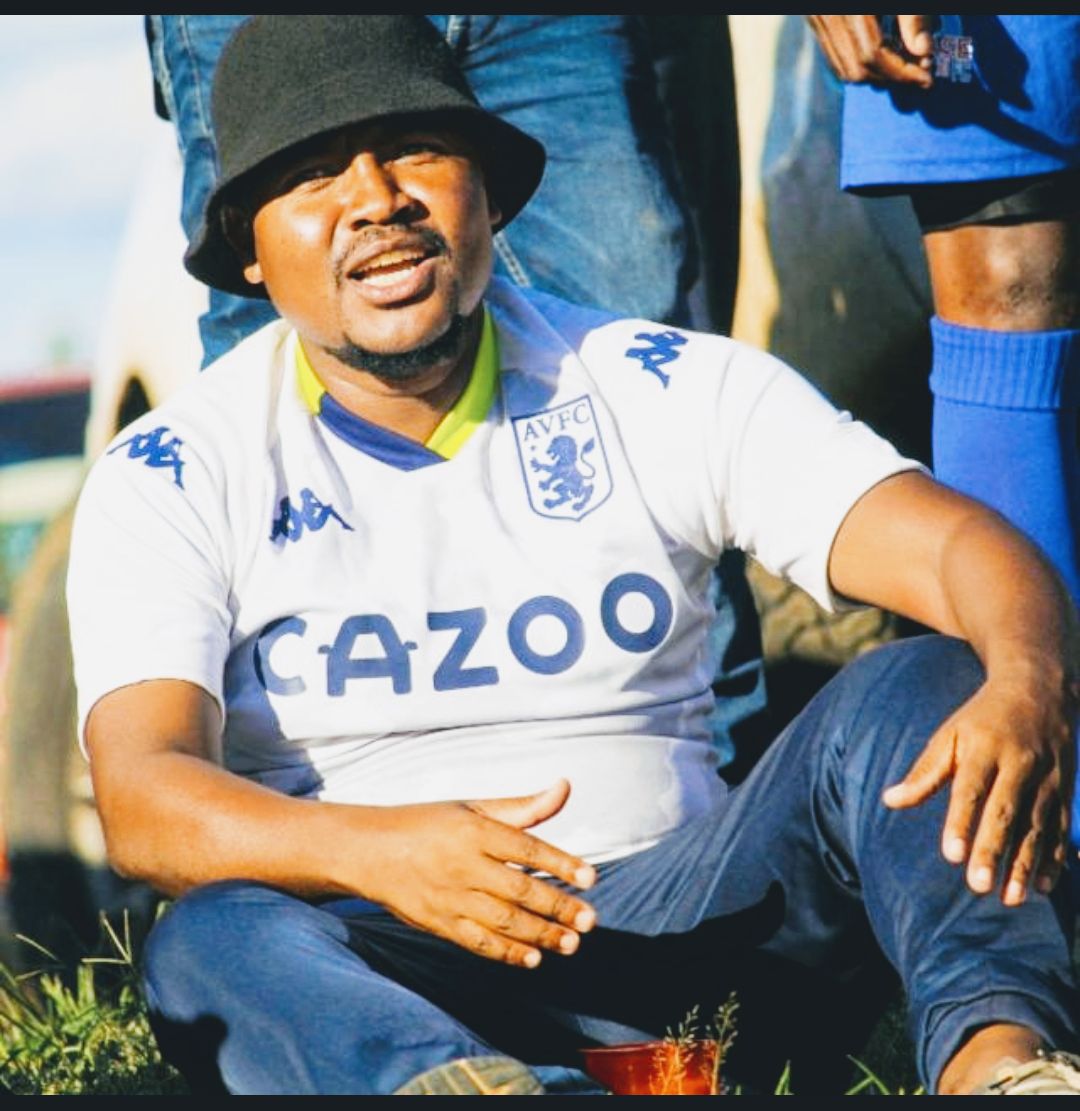 Jambo Africa Online’s Publisher, SAUL MOLOBI, goes back to his rural home village to spend time with a conscientious young man who is determined to use sport as an outlet for community development – to deal particularly with social malice that  bedevils the youth such as crime.

I had the privilege of my country granting me a diplomatic posting to Milan in Italy from March 2012 to end June 2016. Although I was largely driving economic diplomacy in the entire northern regions of Italy as they are the country’s economic hubs, I had to focus also on the cultural and sporting diplomacy – considering that in terms of South Africa’s public service architecture, these sectors form part of the Economic Cluster and not the Social Cluster. So it was just about my personal choice as an ardent cultural activist that I found myself promoting our country’s cultural productions across the north Italy.

Although I am not a soccer fan, being in Milan I had to covet the two biggest teams – Inter and AC Milan. As both teams invited me as their guest and taking me through their history to entice my interest. Yes, I also visited Juventus in Turin because Steve “Kalamazoo” Mokone – also nicknamed “The Black Mentor – defied all odds to go play for this team and others in the United States.

I found myself falling in love with Inter simply because of their extensive social responsibility programme, aptly called Inter Campus, which uses soccer as a potent tool to bring meaning into the life of the youth and to try to remove them from the streets and waywardness often associated with youth behaviour. They had branches in many parts of the world though what was worrying for me was that they were present in only three African countries – namely, Angola, Cameroon and Egypt. Being their recently acquired fan, we convinced them they needed to establish a branch in South Africa.

As Limpopo’s Sekhukhune district was once a nodal point during my previous life in this province – of my formative years as I studied at the local university there – I pushed for Inter campus to be based in this rural hinterland. We brought the former legendary soccer player, Thomas Madigage, to be the host of the branch. We won the Sekhukhune District Municipality’s endorsement. Unfortunately, Thomas passed on in a fatal accident on his way from a meeting with the municipality two months before the envisaged launch of this youth development initiative, Inter Campus.

We were still determined to pursue the initiative after the legend’s passing on but sadly there were developments that were to impact negatively on both our brand as government and also Inter’s, so we delayed the process while the issues were dealt with. As the issues took longer to be resolved back at home, Inter was sold and this meant the new owner placing moratorium on any projects before he had taken full control of the business. Our attempts to bring Inter Campus home collapsed until I had completed my tenure.

So recently when my home boy, Lucas Jero Seemise, introduced his use of soccer as a tool for youth upliftment, he basically took me back to the Inter Campus initiative. I was fascinated by his youthful energy, chutzpah, vision and commitment to impact positively on the young lives in my village because I know there are no entertainment amenities – right now it’s soccer, booze or even drug (the commonly used one being a concoction known as “nyaope” which has destroyed, and continues to, many promising young lives). During my teenage years in the village, we had included community theatre into the mix – which later became the basis for our politicization. So, with the prevalence of drugs among the youth in my village, I’m in awe of the commitment of Jero in trying to reverse the ravages of drug abuse among the youth. Thus this advocate for responsible and accountable youth behaviour deserves all the support we can afford him.

Jero’s does this work under the banner of the Jero Wa Bolo Foundation. This not-for-profit organisation – which can arrange to issue its corporate sponsors with a Section 18A certificate – strives to uphold a high level of unity and inculcate a culture of sportsmanship within the youth of New Eersterrus and the greater Hammanskraal – a small one-train-one-shopping-complex town, with a struggling Babelegi Industrial Complex, is situated 40 kilometres north of Pretoria. Hammanskraal is at the confluence of four provinces – Gauteng, North West, Mpumalanga and Limpopo.

“We’re extremely elated about hosting our fourth annual sport event in the village,” says Lucas Jero Seemise excitedly. “This is quite an achievement for us considering the fact that unemployment is quite rife in this village and few families have disposable income they can invest in sporting activities; there are a few micro enterprises that can’t afford to plough back into the community by availing budget for social responsibility programmes; and so our activities are solely dependent on the little that we can sacrifice out of our pockets – which are obviously not deep at all.”

Jero established this Foundation in 2017. He started out by being a coach for the New Eersterus Downs football club – a position he occupied for more than ten years. For him working, professionally, for the Department of Sport, Arts, Culture and Recreation as a Sports Development Officer and Arts and Culture Facilitator in schools and communities wasn’t just a job, but a calling.

The Foundation’s vision is “to inculcate the culture of sports in our community and enhance talent to reduce crime and usage of drugs in our communities through sports activities,” he says matter-of-factly. “And our mission is to deliver on our mandate  by protecting and improving the quality and standard in sporting codes and develop talent within our areas and neighbouring communities.”

A highly disciplined community development practitioner, his lists his Foundation’s values as mutual trust and respect; equity and fairness; integrity and honesty; transparency and openness; courtesy and commitment; and last, but not least, collaboration and partnership.

Expantiating on the last value statement, Jero said with a tinge of confidence and assertive: “We believe in developing long-term strategic partnerships and collaborations with all stakeholders, particularly the sponsors or co-branding partners.

Such co-branding partnership could form part of the sponsor’s corporate social investment (CSI) efforts which contribute immensely to enhancing their company’s brand equity – including brand positioning it as a responsible corporate citizen. Such  positioning as a conscientious brand that cares and does good for society is essentially what consumers want to be associated with. Here are some more key benefits:

Jero is accredited by the local Hammanskraal Football Association, an affiliate of the Tshwane region of the South African Football Association (SAFA), as a football coach. The Foundation’s activities are not just restricted to soccer, but other sporting codes such as ladies football; netball; fun walks; and indigenous games.

“We are right now appealing to a good corporate citizen out there to sponsor us with such items as eight sets of soccer jerseys for both men and women; four sets of netball jerseys; four soccer trophies; two netball trophies; 100 soccer gold medals and silver medals; 100 netball gold and 100 silver medals; sanitary towels; and food parcels. This will ensure our tournament is highly successful. It will position us and the sponsor as the pride of our communities.”

Besides these accolades, the Foundation’s proteges have excelled beyond expectations: the Under 19 won the Aubrey Ngoma Tournament won twice (2011 and 2012); Mamelodi Sundowns Club Championship Champions thrice (2012, 2013 and 2014); and it has also developed and promoted players such as Kabelo Seemise who plays for Polokwane City which is in the Gladafrica League; Phenyo Tlou for the Tuks Varsity Cup; and Abram Ncgobo for Mamelodi Sundowns in the DSTV Premiership Soccer League.

The Foundation’s arts and culture programme include the introduction of drama and dance in secondary schools around Hammanskraal; and introduction of recreational games in local primary schools. This is a noble cause worthy of all our support.