Defend freedom against the scourge of corruption 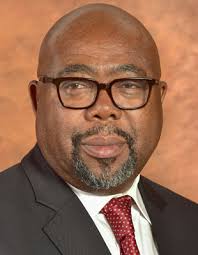 Public servants must defend the country’s hard won freedom against the scourge of corruption that is eroding the democratic values, says Public Service and Administration Acting Minister, Thulas Nxesi.

Speaking at the official launch of the 2022 Public Service Month in Pretoria on Monday, Nxesi said the country’s public service has the inherent capacity to walk the talk and deliver on its constitutional obligations to citizens.

“We must walk the talk and defend our freedom against the scourge of corruption that is eroding our democratic values and our dream of being a capable, ethical and developmental state.

“As government, we have introduced the National Anti-Corruption Strategy as a necessary response to this rampant corruption.

“We recognise that this strategy will only succeed if we work in partnership with our compatriots in the private sector and civil society who are as committed as we are to a South Africa characterised by high standards of integrity and respect for the rule of law.

“Our public servants, are our first line of defence against corruption. You are entrusted with managing State resources for the public benefit.

“You know the inner-workings of our public institutions; and it is your skills and vigilance we rely on to safeguard our resources from misuse and abuse. We therefore, encourage you to speak out and report any wrongdoing that you may be aware of,” he said.

Minister Nxesi said this may be a tall order, given that the findings of the 2022 Ethics Survey shows that public servants have highlighted ‘fear of speaking up’ as the greatest concern they have about the ethical culture in the public service space.

To win this war against corruption, the Minister said public servants must speak out. “We must walk the talk as we fight corruption and build a capable, ethical and developmental State that puts people and their needs at the centre of our work.

“The other great concern you have highlighted in the2022 Ethics Survey is that ‘The right people aren’t promoted’.

“We must address this concern as a matter of urgency. We cannot professionalise the public service in a context where poorly qualified individuals are being parachuted into positions through political patronage.

“These practices, wherever they occur, are inconsistent with the constitutional principles that underpin public administration and they must accordingly be stopped,” he said.

According to Minister Nxesi, South Africans have seen the remarkable progress made in terms of service delivery since democratisation in 1994, and more so, since the Batho Pele programme was introduced in 1997.

“The public service has the necessary capacity to walk the talk and make even greater progress in improving service delivery and creating a citizen-centric public service, which–as you know–is the hallmark of a capable and responsive state.

“We have skilled, competent and resourceful officials on the job, working daily at the coalface of service delivery amid serious constraints. We have a collective awareness that no one will do for us what we should do for ourselves,” he said.

25th anniversary of the Constitution

This year, the country is also celebrating the 25thanniversary of the Constitution that was signed into law by the first democratically elected President, the late Nelson Mandela.

Mr Nxesi said the significance of the Public Service Charter is that it enables citizens to have a clear understanding of what they can expect from the state in terms of realising their Constitutional rights and service delivery needs.

The theme of the 2022 integrated Public Service Month has rightly been framed as: “Batho Pele revitalisation- walking the talk”.

Government adopted the Batho Pele programme in 1997 as a direct response to the 1996 Constitution that sets out the values and principles for public administration in the country.

These values and principles explicitly put citizens at the centre of the public administration system.

“It is thus fitting that the theme of this year’s integrated Public Service Month should focus on the revitalisation of the Batho Pele programme through a strategy that calls on all of us to act in partnership across the nation to build a citizen-centred public service that is professional, responsive, caring, and committed to promoting a sense of belonging amongst all who live in South Africa,” he said.

“The commemoration of this year’s integrated Public Service Month through the lens of the theme: ‘Batho Pele Revitalisation- Walking the Talk’ paves the way for walking the talk about service delivery improvement for our people.

“Meaning that, we must be serious about this commitment and not be detracted in pursuit of realisation of our goals as a people.

“To demonstrate this commitment of walking the talk towards revitalisation of Batho Pele strategy, public servants will today once again pledge their commitment to improving public service delivery for the betterment of the lives of the masses of the people of South Africa. They truly depend on us…let us not disappoint them.”

According to Dr Pilane-Majake, the launch of this IPSM not only reflects the constitutional values and principles that public servants carry on their shoulders, but it also reflects government’s continued commitment to the spirit of Batho Pele – that of putting people first.

The Deputy Minister further said the theme resonates with the pronouncement made by President Cyril Ramaphosa during his State of Nation Address about putting in place a comprehensive social compact desired towards joint effort with all South Africans in building the country.

“PSM was born out of Public Service Week initiated in 2005 as one of the programmes of the Batho Pele Revitalisation Strategy to promote a culture of continued and incremental improvement in all areas of public service delivery.

“Public Service Month is commemorated annually to remind the public about the important role of public servants in order to mobilise political will and resources to address national, provincial and local government challenges.

“The PSM is a country programme meant to promote good governance with the continental programme being the AU’s Africa Public Service Day (APSD),” she said.

PSM focuses on the public service machinery, how it discharges its constitutional responsibility to deliver services to the citizenry, as well as give recognition to diligent public servants upholding the values and principles of public service and administration.

The annual commemorationof PSM is an integral part of government’s Batho Pele Revitalisation strategy. This strategy seeks to re-affirm the significance of Batho Pele/people first principle of providing services to secure maximum delivery benefits for citizens in line with their constitutional rights to dignity, courtesy and sustainable public services.

• Remind public servants about what it means to serve;

•Recommit and rededicate public servants to the ethos of Batho Pele;

The National Development Plan (NDP) also highlights the need for well-run and effectively coordinated state institutions with skilled public servants who are committed to the public good and capable of delivering consistently, high-quality services.

Batho Pele, a Sesotho word, which means People First” is an initiative launched in 1997 to transform all spheres of the public service space. This was because democratic South Africa inherited a public service that was not people-friendly and lacked the skills and attitudes to meet the development challenges facing the country.

Nthambeleni Gabara is a professionally-trained journalist who holds a Bachelor of Technology degree from the Tshwane University of Technology. The journalist-turned government communicator is the Deputy Branch Secretary of NEHAWU at the DPSA and he writes on his personal capacity.