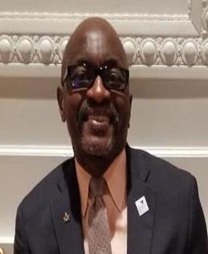 The arrow of time is always delving deeper in us, constantly forcing us forward, and in any story, time only flows when the story is told. The arm of time is always ticking to the beat of change, and change is as constant as time. We should move along with time, and not be swept along by the tide of time.

The essence of education in all societies is to prepare individuals to be useful and effective participants in their society. It prepares youths to be active and productive members of their societies by instilling them with the necessary skills and talents from an early age.

Koma Kenneth stated that education is everything that prepares the young people for either integration in a given specific society to perpetuate the established values and norms of such society or transform and changing such values and norms.

While Mwalimu Julius Kambarage Nyerere defined education as the transmission of accumulated wisdom and knowledge of the society from one generation to the next and also to prepare the young people for their future membership in the society in which they find themselves.

Thus, African traditional wisdom coined the adage: “It takes a village to raise a child”. This means education, knowledge, skills and attitudes were passed from generation to generation mostly through orature. In essence, the training of youths was done directly, formally, indirectly or informally by the family members, kinships, village groups and the community at large participated in the educational and social- ization process of the child.

And no matter how old we are, we are a prod- uct of the community that raised, trained, supported and helped shape the way we see the world from childhood. For that reason, western education has limited values compared to being educated in the “it takes a village to raise a child” concept and the values inherited from them. That is why this concept is very crucial in African societies.

Therefore, the African concept has focused on producing a well-grounded, skilful, accommodating, and civil adult capable and able to con- tribute to the development of the community at large. As a result, the concept of education was never a colonial invention in Africa. Rather, training systems existed in Africa long before the intrusion of the rogue colonizers.

Magnus Bassey posited that the African training was very practical, those who took to fishing were taught navigational techniques like seafaring, the effects of certain stars on tide and ebb, and migrational patterns and behaviour of fish. Likewise, those who took to farming had similar training. Those who learned trades and crafts, such as blacksmithing, weaving, woodwork, and bronze work, needed a high degree of specialization and were often apprenticed outside their homes for training and discipline. On the other hand, those who took to the profession of the traditional priest- hood, village heads, kings, medicine men and women diviners, rainmakers and rulers under- went a long period of painstaking training and rituals to prepare them for the vital jobs they were to perform.

The African system of education emphasised practicality, social solidarity, equal opportunity for all, homogeneity with culture and focus on spirituality, which were later destroyed by the introduction of western theoretical education that has impeded Africa’s development.

The introduction of western education excluded and marginalised: African languages, history, cultures, religions and lifestyles in their curricula. And lifestyles centred on African traditions and cultures were discouraged and frowned upon in those institutions.

Early churches discriminated against the use of African names for baptism, forcing Africans to take biblical names, indirectly vied that African names were not Godly enough for Christian or Islamic Salvation. All non-African religions consistently preferred biblical or Islamic names, and as such African converts deserted their indigenous names. This was eloquently articulated by Katharine Gerbner. Likewise, traditional beliefs of naming ceremonies were frowned upon.

Unfortunately, decades later, many Africans still mimic these behaviours in their institutions and at homes. That is why it is not surprising that the younger generations of Africans can hardly speak their indigenous languages.

Regrettably, according to UNESCO, so far there are over 52 languages that are extinct in Africa. Foreign instructional languages and reli- gions introduced by the colonizers (western educational subjugation and negative attitude towards own languages) were the leading contributing factors to these losses. Therefore, the extinction of any language is not just the loss of spoken words but of self-identity: cultural, historical, linguistic, and psychological sense of self. That’s why Liseli A. Fitzpatrick posits that language is the main conduit that transports cultural expression and marks one’s identity.

Scholars have noted that Tanzania has made concerted efforts to prioritise the use of kiSwahili in education. On the other hand, South Africa’s recent proposal to teach stu- dents Mandarin has generated much controversy. Instead, there was a call for more focus on indigenous languages, which have hitherto been neglected by the education system. Despondently, Zimbabwean primary and secondary schools have planned to introduce more foreign languages: Mandarin, French and Portuguese into the curriculum, instead of resourcing indigenous languages.

Thus, the further introduction of more foreign languages instead of advancement of indigenous languages in the school systems must be challenged and frowned upon, it will undoubt- edly further exacerbate the extinction or erosion of more of these languages. If this trend continues, Africa will deliberately continue seeking more foreign gods to worship as it continues to suffer due to its “enclosure of the mind” syndrome. It should be noted, that the introduction of more foreign languages to the school systems is not limited to these few countries mentioned above.

Dr. John Henrik Clarke acknowledges that to control a people, you must first control what they think about themselves, and how they should regard their history and culture. And when your conquerors, he continues, make you ashamed of your culture and your history, they need no prison walls to confine you in.

According to Vanqa Tembe, original training in African communities was intended to enable an individual to play a useful role in society. While western education was meant to reinforce the colonial conditions by inculcating the values of colonial society and training individuals for the service of the colonial state.

Research has consistently indicated that the mother tongue (that is, the language through which we think) is the best language for instruction as it’s an enabler that facilitates better learning, understanding and transfer of knowledge. Despite these indicators, the colonisers discouraged these enablers.

Furthermore, an overt emphasis was placed on religion to indirectly manage the conscience of Africa, to make our people forever subservient to the colonisers’ interests on the continent.

The introduction of western education was to reshape Africa for ultimate state control, religious mission and the levers of economic power in favour of the colonisers. Therefore, this ensured the newly-educated African elites that would later become leaders of the church, captains of the industry and political elite in future would serve as their masked instruments to retain the status quo.

It’s for this reason that I salute pan African leaders such as Pixley ka Isaka Seme who gallantly called for “the regeneration of Africa” on 5 April 5 1906. This message was echoed by Kwame Nkrumah in 1963. It was also canonised by Ngugi wa Thiongo in his seminal work, “Decolonising the Mind”.

Finally, the task for Africa is to collaborate with the academic and indigenous religious communities to research, document and compile her authoritative religious texts such as the Timbuktu manuscripts and make them accessible to all – in electronic formats.

The Nigerian national, Dr. Bamidele Adeoye (DBA), IS & ERM, is a Research Consultant and Adjunct Professor now based in the United States (info@mabici.com)