Lawlessness not good for the country and Madiba’s legacy 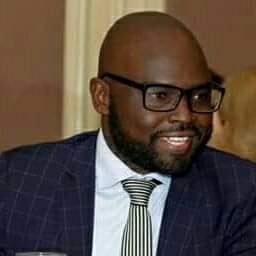 No investments can flow towards a country that is forever attracting negative publicity at home and abroad for all the wrong reasons, be it destruction of property, looting, violence, war, fraud and corruption, writes NTHAMBELENI GABARA.

The outbreak of the contagious coronavirus which is wiping people of all racial and ethnic groups, reminds me of the apartheid era, where the oppressed black majority were restricted to travel across their ancestral land without permits.

If it was not for the covid-19 restrictions, I would have liked to pen this piece sitting at the Sharpeville Memorial site in remembrance of 69 people who were brutally killed by the apartheid security police force for embarking on a peaceful demonstration to make the pass laws unworkable on March 21, 1960.

This cold-bloodedness carried out by the security police force against the oppressed indigenous Africans was a first step in a long campaign to achieve freedom and democracy.

Therefore, my trip to Sharpeville would have been following the footsteps of South Africa’s first black democratically elected President, the late Nelson Mandela, who selected Sharpeville for the signing into law of the South African Constitution on December 10, 1996.

There is no need to remind everyone in South Africa and elsewhere in the world, about what Mandela has done for this country.

Everyone knows how the late liberation struggle hero also referred as Madiba has sacrificed to liberate this country. The man, who served 27 years in prison, never wanted South Africa to be a gun-crazy-nation.

Had he lived, Madiba would have turned 103 in the new South Africa, where there is equal rights and justice for all.

Yes, Mandela would not be happy to live in a country where those who were removed from their ancestral land remain landless and not yet benefitting from their mineral wealth.

This Month, we remember the selfless leader who promoted equality and love for all people, irrespective of their race.

On July 18 and the entire Month of July every year, South Africans and people all over the globe are encouraged to dedicate at least 67 minutes of their time to do community work in celebration of the values and principles that Mandela fought and stood for.

The 67 minutes symbolises Madiba’s years of selfless service to the people of South Africa and the world in the course of his extraordinary life. Mandela spent 67 years of his life working to build a better life for all.

The ongoing destruction of property, looting and all forms of corrupt activities in our country requires a new morality to stamp out the mentality of lawlessness. South Africa requires patriotic citizens who respect the rule of law.

In the advent of our democracy, negotiations amongst South Africans of all racial groups is no longer a closed chapter. In honour of Madiba, we must resolve our differences through peaceful negotiations.

For a number of decades, South Africa has been food secure. However, the looting spree that we have witnessed in certain parts of Gauteng and Kwazulu-Natal recently were unjust and unsustainable.

Very soon, not everyone will have access to sufficient and safe food. It is also clear that very soon poor households including those who never looted and torched malls will be feeling the effects of the soaring fuel; retail food prices and the interest rates.

Yes, we all know that Covid-19 has contributed in deepening poverty and inequality and those responsible for the looting of shops made it difficult for the caring government to be seen as the defender of the right to food for all.

The National Development Plan (NDP) envision a South Africa where there will be integrated rural areas by 2030.

With all the culture of lawlessness we are witnessing, there is not one who will dispute that we are no longer on track to a new era where residents will be economical active, have food security, access to basic services, healthcare and quality education.

What a set for the government which set a target through the NDP to eliminate poverty and reduce inequality as well as creating 11 million jobs through promoting employment in labour-absorbing industries and boosting exports and competitiveness by in the next nine years.

This year’s Mandela International Day will be focusing on two critical intersecting day-to-day challenges faced by South Africans and many others across the globe-food insecurity and cultures of lawlessness. Covid-19 has deepened patterns of poverty and inequality.

There is no doubt that social cohesion is under severe strain in the country. Evidence of diminishing respect for ‘the rule of law’ is laid bare for everyone to see by those are using irrelevant conspiracy theories to attack the media and the judiciary.

On Mandela Day, this year, the Nelson Mandela Foundation will be at the Ikageng Itereleng Aids Ministry, a social welfare centre in Soweto, southwest of Johannesburg for another Each 1 Feed 1 distribution.

Each 1 Feed 1 is a food distribution network championed by the Mandela Foundation that was started at the beginning of the lockdown to support families who have been worst affected by the challenge of food insecurity.

The public is encouraged to emulate the campaign in their own ways to ensure that everyone has access to food this Mandela Day.

Over Mandela Month, July 2021, the public is encouraged to contribute to the Each 1 Feed 1 food distribution network by donating non-perishable food items at all participating malls for Mandela Day.

All participating malls will have clearly marked signage and a Mandela Day representative at the collection point where people can drop off their donations.

These will be supplied to the Each 1 Feed 1 food network for donation at our next distribution.

It is not mischievous to emphasise the importance for a peaceful South Africa free of rioting looters, war or political instability.

Nthambeleni Gabara is a professionally-trained journalist who holds a Bachelor of Technology in Journalism degree from the Tshwane University of Technology (TUT). The journalist-turned government communicator has almost two decades of experience in the media space.