Mkhanyakude: Leveraging on our myths and beliefs to celebrate the power of music 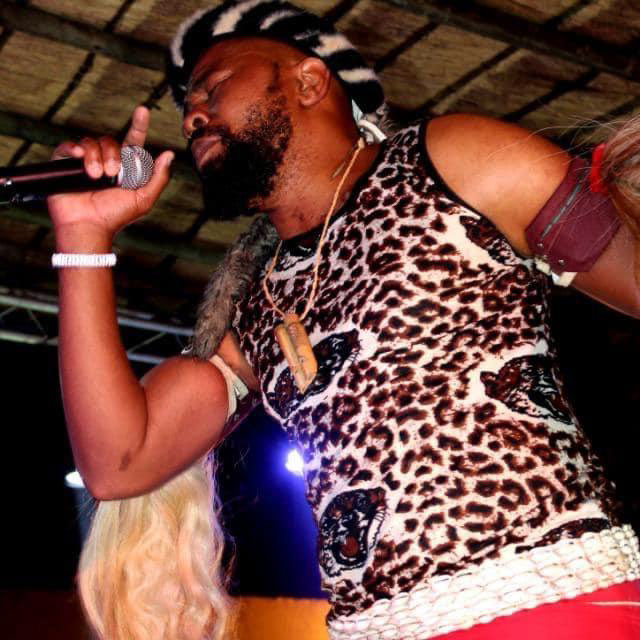 Jambo Africa Online’s Publisher, SAUL MOLOBI, profiles one of the foremost spiritual troubadours who answered his ancestral calls of healing others though herbs and music…

A prolific academic, Morakeng E.K. Lebaka, attached to the Department of Art and Music at the University of South Africa, wrote a riveting paper titled “Ancestral beliefs in modern cultural and religious practices – The case of the Bapedi tribe.” In there he raised issues that cut across all traditional African belief systems and mythologies. He eloquently argued that there was no consensus among scholars on definitions and terminologies. “What is a ‘myth’ and how does it differ from a ‘belief’?”, he asked rhetorically? He posited that more scholars have advocated for a homological relationship between ritual and myth. According to semiotics, he argued, the construct of “myth” was endowed with the implications of disbelief in “superstition” and the word “belief” had to be substituted when talking about religious practices. Similarly, the coinage “ritual” may be substituted with “ceremonial”, which exhibit more positive connotations. “Earlier publications that associate ancestral veneration with the words ‘myth’ or ‘superstition’ display a judgemental view of the beliefs of other cultures,” the scholar argued matter-of-factly. In his seminal paper, he attempted, “via recourse to the use of the word ‘myth’, to describe and interpret traditional and cultural belief systems among the Bapedi people of Limpopo Province in South Africa.” Furthermore, he argued that “myth should not be reduced to ritual nor ritual to myth” as the two “complete and complement each other, thus allowing the harmonious unison of meta and paralinguistic elements in religiocultural discourse.”

The academic’s objectives in undertaking this study were tabulated as exploring and documenting the linkages between belief and myth, ritual and myth, and ritual and belief; investigating ancestral beliefs in the modern cultural practices of Bapedi in relation to the worldview and spirituality of Africans; and determining how reality is linked to supernatural experiences through traditional and cultural experience of the world – particularly within the context of Bapedi mythology and belief system.

Like other African communities, orature and myths are integral elements of the Bapedi culture. And embedded in these ancestral beliefs are traditional and cultural beliefs, myths, rituals and taboos. These draw their origin from the experiences of ancestors and play a critical influential role in the conceptualisation of reality. Africans traditionally use these ancestral beliefs for the preservation of their heritage and identity and to transmit their values, morals and norms from one generation to the next. Orature takes various forms and genres of creativity such as storytelling, drama, poetry, song, dance, drumming and the art of sound in general.

Although Africa’s cultures have evolved through their engagements with other foreign cultures, indigenous traditions have persisted to this day. And a celebrated musician, Mkhanyakude, is one of the stalwarts who are not only preserving their traditions, but are actively promoting them to be embedded in the DNA of our contemporary culture. Mkhanyakude, is dubbed the “African Warrior”, but his real name is Teboho Montse. A spiritual healer, he graduated from his “mtwaso” – that is, training of traditional doctors and spiritual healers – at a young age and he is still practising as it is a calling from the ancestors. His stage name, Mkhanyakude, was given to him by his ancestors.

Mkhanyakude is a singer, songwriter and South Africa’s musical alchemist who has fused his ancestral calling for healing with his musical calling. This inspired him to produce an album titled, “Dlozified” – an anglicisation of the isiZulu word, “idlozi”, which means an ancestor or spirit and then adapting it into a verb to mean someone anointed by the ancestors or the spirit. The album is available on all streaming services and digital platforms under an independent record label, Maximum Stylez Records and Publishing.

In the video above one gets to have an intimate moment with Mkhanyakude as he bares his soul by sharing some of his personal and special love for music which is strongly premised and rooted in his heritage. This album has great tracks such as the now trending track “Gobela” which is about expressing thanks and joy to the spiritual leaders and teachers who sacrifice a lot of their family time to teach and bring up new African spiritual healers and traditional doctors. This track is the most favourite to many “izinyanga” – traditional doctors – as it speaks to their souls and the essence of their role in our communities.

In the track titled “Thokozani” (which means hello with tinges of warmth and respect), Mkhanyakude showcases the exuberance and versatility of his talent and his ability to collaborate with other great musicians such as Mkhulu Bhekizitha and the legendary Blondie Makhene. Like this greeting which speaks to one’s spirit, the artist’s lyrical waxes in “Thokozani” are soul-caressing and simultaneously soul-uplifting. It delivers an expression of gratitude, humility and respect. When you greet a person using this potent word, you acknowledge that you are dedicating obeisance to their spirit, their ancestors that walk with them and the God within them. “Thokozani” creates positive vibrations towards the one receiving the gesture.

Mkhanyakude showcased his songwriting and arrangement skills on this full length album “Dlozified” which draws from the wide ranging spiritual influences, resulting in a unique collection of songs with the intent of reviving, shedding light and invoking the spirit as this album takes us through the spiritual musical journey with chants and storytelling paying homage to such legends as Bo-Ngoma and Bo-Ndwau.

Mkhanyakude has performed in big stages such as the BET Basha Uhuru at the Constitution Hill and Africa Day celebration.

For more information, please feel free to send an email to info@maximumstylez.co.za