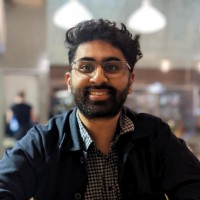 Every four years, the Summer Olympics brings together thousands of athletes from around the world to compete in a global arena of sportsmanship and athletic excellence.

Tokyo hosted the 2020 Summer Olympics from July 24 to August 9, 2021, marking the second time Japan has hosted the Summer Olympics. The country was first given the honor back in 1964 becoming the first Asian nation to host the Olympic Games.

Even in this most challenging of climates where the games had to be pushed by a year, nothing stopped the athletes from exceeding their limits and breaking long-held records.

In a complete show of dominance, the U.S. won the most medals at the Olympics, raking in 113total with 39 gold medals. The U.S. beat out China to claim the top spot by a single gold medal. China finished the games with an impressive 88medals in total. The host country Japan comes in at third with 27 gold medals and a total of 58 medals.

Here is the final Olympic medal count for each country that participated in the Tokyo Olympic Games:

Of course, countries with larger populations have an inherent advantage, so it’s also interesting to look at the top countries by population per medal. By this measure, the European microstate of San Marino comes out on top. This was San Marino’s first ever medal showing at an Olympic Games. Turkmenistan and Burkina Faso also won medals for the first time at Tokyo 2020.

Here’s a look at the top 15 countries by population per Olympic medal:

Among countries with a slightly larger population, the Netherlands and Australia had strong showings.

Other facts and figures about the 2020 Tokyo Olympics

Despite a year-long delay and a slew of challenges brought on by the COVID-19 pandemic, this unprecedented Olympic Games went ahead. Here are 12 interesting things to note about the 2020 Tokyo Olympics:

The Olympic Torch Relay traveled through all 47of Japan’s prefectures over 121 days. It involved 10,500 torchbearers, who ultimately arrived at Japan’s Olympic Stadium in Tokyo.

40 venues in and around the city of Tokyo hosted33 Olympic Sports and 22 Paralympic Sports events. The two main areas were the Heritage Zone and the Tokyo Bay Zone.

3. Cost of the Games

The Tokyo Olympics were the most expensiveOlympics on record. According to officials, the budget for the Games was $15.4 billion. On the other hand, Japanese government auditors have claimed the total spending topped $20 billion.

This is almost three times the original forecast of around $7.4 billion when Tokyo put together its bid for the Olympics. The postponement of the Games cost the country close to $2 billion, after initial speculation that the cost could be as high as $6 billion.

29 athletes qualified as part of the IOC Refugee Olympic Team for the Tokyo Olympic Games. Rio 2016 was the first time that an IOC refugee team had made an appearance at the Olympic games.

Athletes at the Tokyo Olympics put their medals around their own necks to protect against spreading COVID-19. After being presented medals on a tray, the athletes picked it up and medalled themselves. There would also be no handshakes or hugs at the podiums.

7. A Focus on Sustainability

To promote sustainability, this year’s Olympics repurposed a number of the venues used in the 1964 Games. Moreover, the podiums, uniforms, medals, and even the beds at the Olympic Village were all made from recycled materials.

While Japan is not the first to make Olympic medals from recycled materials, it is the first time that citizens of a host country proactively donated their electronic devices as materials for the medals.

This year, the Games nearly reached gender parity. According to the IOC, of the almost 11,000Olympic athletes in Tokyo, nearly 49% were women, marking the first “gender-balanced” games in its history. Nearly 85 years after the canoe sprint made its Olympic debut, the women’s sprint event was added to the Olympic games this year.

Weightlifter Laurel Hubbard from New Zealand was the first openly transgender womancompeting in any event at the Olympics. She joined other elite athletes like footballer Quinn from Canada and U.S. cyclist Chelsea Wolfe to participate in this year’s games.

Starting with four-time grand slam champion Naomi Osaka withdrawing from the French Open over mental health concerns, the conversation about an athlete’s mental preparedness was as important as their physical one at the games.

Olympic high jumpers Mutaz Essa Barshim of Qatar and Gianmarco Tamberi of Italy mutually decided to share the top spot in their event. The last time the gold medal was shared among two athletes at the Olympics was 113 years ago.

Four sports made their Olympic debuts at the Tokyo Games: karate, skateboarding, sport climbing, and surfing. Other sports added new disciplines, including men’s and women’s three-on-three basketball and the BMX freestyle event.

Humanoid Robots helped on the field for the first time, fetching hammers and javelins flung during field events and interacting with spectators. This was also the first time a host used facial recognition systems to provide athletes and officials venue access, helping to increase and speed up security.

The Paris 2024 Olympic and Paralympic Gameswill take place from 26 July to 11 August 2024. During those weeks, Paris will be at the center of the sporting world. The IOC is keen to set a new standard for inclusive, gender-balanced and youth-centered games.

The next Olympics are expected to see even more athlete and spectator participation—hopefully, one where they likely won’t have to work around COVID-19 restrictions. With numerous new sports added in Tokyo’s Olympic Games, we might even see breakdancing in the Paris version of events. Here’s to the next four years.