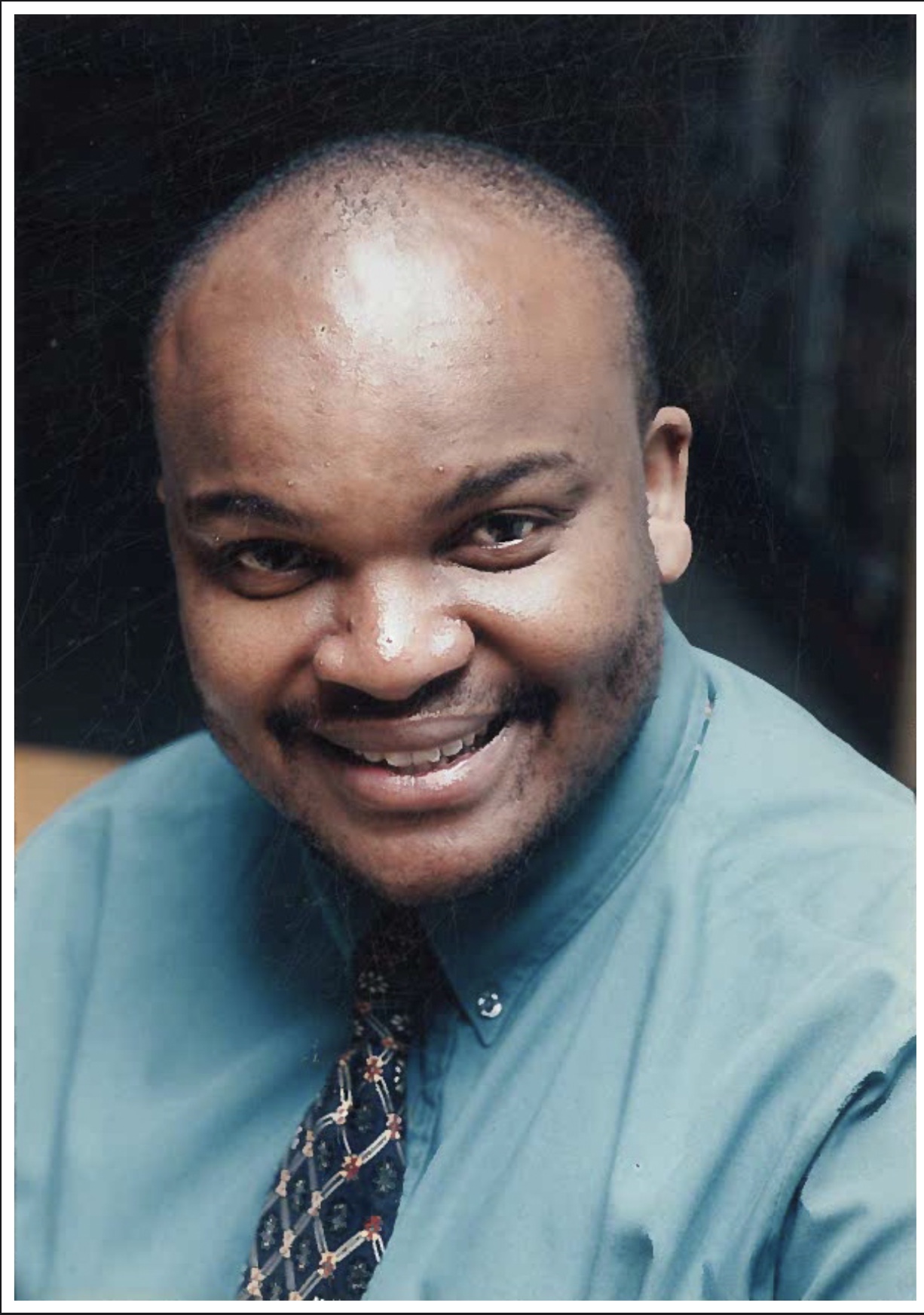 Perhaps it will be proper for me to open this tribute to my dear friend and comrade, Sello Stephen Mabotja, by borrowing a heart-warming poetic rendition fir my comfort from Mercy Dhliwayo – an author of the published short story collection, “Bring us back”; poet; MC and member of the Timbuktu Book Club – who mused in her poem, “In remembrance of you”:

As the dying sun shies away from day
It carries away with it its warmth
As life embraces dusk
We gasp at the taking hand
As the hourglass swallows
its last granules of sand.

In solitude we stand,
Longing to comprehend
Pending answers to unarticulated “whys”
When there is no consolation
In the knowledge of God’s plans
Or in the comprehension of the reasons why
Things happen when they happen
When the happening
Is the snatching away of life in its prime
Because sorrow still finds us unprepared
To say goodbye to a dear friend.

And as we utter our sombre goodbyes,
The “whys” still linger like memories
With you as the centre piece
Your smile: Alive
Your eyes: Kind
Your words: Wise
Your pen: Wild
Charting new revolutions on pages
Resurrecting the ones forgotten
Engraving a legacy
That death can not erase
From the pages of history
Or libraries of wisdom that you passed on
In classrooms and boardrooms
Literary spaces and pages.

The late Sello was the only son of Mona Mabotja. He was born on 7 January 1971 in New Pietersburg and his family relocated to Seshego. He started his Education at Phuthego Lower Primary and proceeded to higher Primary at Kgobokanang. He started his secondary education at Mohlakaneng High School.

He furthered his education by obtaining qualifications such as BA (Law) degree from  the University of Witwatersrand and BA Honours in Political Studies and Economics. He also acquired a certificate in ‘Techniques of Investment and Financial Journalism’ from the Business Day and Financial Mail Cadet Training programme; Certificate in Advanced Company Law A and B from the Nelson Mandela Institute at the Wits University Law School; and a Certificate in Development Journalism from the Institute for the Advancement of Journalism.

A passionate student activist, Sello served in various leadership positions in structures. In 1991 while at the University of the Witwatersrand, he was elected as president of All Residence Council; a member of the Student Representative Council; and Glynn Thomas House Committee Chairperson. He also served on the Editorial Committee of MAMELA (Listen) – a publication of the WITS branch of the South African Students Congress (SASCO). In 1995 he was part of the SASCO Pretoria-Witwatersrand-Vereeniging Regional Media Committee and Editorial Committee member of the regional students newsletter, THEBE (Shield). In  1994 he formed part of the WITS Student’s Editorial Committee. He then   proceeded to serve as a Post-Graduate Association Executive Committee member in 1996.

During the period, 1995 to 2001, he worked as a staff writer and investment writer at Financial Mail; 2004 – 2008 as ABSA’s Public and Media Relations Specialist and later promoted to become the bank’s Communications Manager; and 2005 – 2012 he was the executive committee member of the Forum of Black Journalists (FBJ) that advocated for the rights of black journalists in newsrooms that threatened to stifle their voices.

In 2004 he became a shareholder in Global Africa Network – a Cape Town-based publishing company that produces economic journals that include TradeInvestSA. He sold his stake into the company in 2006.

Sello first joined the public service from 2009 to 2010 when he served as the Media Liaison Officer and Deputy Chief of Staff to Dr Victor Mmbegwa in the Office of the Deputy Minister of Water and Environmental Affairs, H.E. Ms Rejoyce Mabudhafasi (who now serves as South Africa’s High Commisdioner to the Republic of Zimbabwe.

He then became a freelance journalist from 2012 to 2013 serving as the Limpopo Business’ Consulting Editor.

He was then recruited to join Limpopo’s  Department of Agriculture and Rural Development from 2014 as a Deputy Director of Knowledge Management – a position he held until his untimely death.

Believing in the principle that development has to be people-driven and people-centred, Sello has also served in the Media Liaison team of the South African National Civics Organisation (SANCO) in Limpopo.

A vociferous reader with a highly critical mind, Sello enjoyed reading books on Politics, Philosophy, Economics, International Relations, History and Management. He was an avid reader of all literary genres of all ages as well as biographies of influential personality. In advancing his passion for literature he administered the content bank of the Timbuktu Book Club in Polokwane. He was a founding member of the National Writers Association of South Africa (NWASA). He was appointed to NWASA’s Cultural Diplomacy portfolio headed by Saul Molobi after NWASA’s National Inaugural Assembly in March 2021.

In paying tribute to Sello, Saul wrote: “A highly intellectually resourceful and dependable person, he was instrumental in developing the conceptualisation of what cultural diplomacy is and an annual activity plan (that includes the media relations plan) for the organisation.A vociferous reader and a seasoned scribe, he enjoyed engaging in critical intellectual debates – though always stubborn and uncompromising when it came to matters of principles, he always maintained utmost respect for opposing viewpoints, and always tried not to offend or appear to be undermining anyone. He was a distinguished gentleman.

“His commitment to NWASA was unparalleled as he attended our first committee’s virtual conference from a hospital reception one Friday evening where he was to receive his regular dialysis therapy. The next morning, he called me to give him feedback on the items we discussed during his absence. His passing on has dealt a heavy blow to our committee and we’re still trying to recover from the shock after having received this sad news on Tuesday morning, 15 August. The excruciating pain of his passing on is compounded by the fact that it happened in an environment governed by strict safety protocols intended to contain the spread of the COVID-19 pandemic which make it impossible for those of us who lived with Sello in Johannesburg from his Wits student days can’t pay our last respects to him. May his beautiful soul rest in power.”

Morakabe “Raks” Seakhoa, was lost for words: “Yeah, neh! May the beautiful soul of this wonderful thespian, comrade and revolutionary activist of letters rest in graceful and eternal peace.

“Besides interacting with comrade Sello, or Zilo, during those halcyon days of Congress of South African Writers (a predecessor to NASWA), he worked with us at the wRite associates, South African Literary Awards, Africa Century International African wRiters Conference and the Miriam Tlali Reading and Book Club… Always a complete and missable joy to be with.”

Sello will dearly be missed by his friends, family, colleagues and everyone close to him. He is survived by his lovely wedded wife, Mpinana and two daughters, Lehlogonolo and Lethabo.

Molebatsi Masedi is the Deputy Secretary-General of the National Writers Association of South Africa (NWASA) and co-founded the Timbuktu Book Club with Sello Mabotja.