Publisher’s Comment: Protect your brand by any means necessary 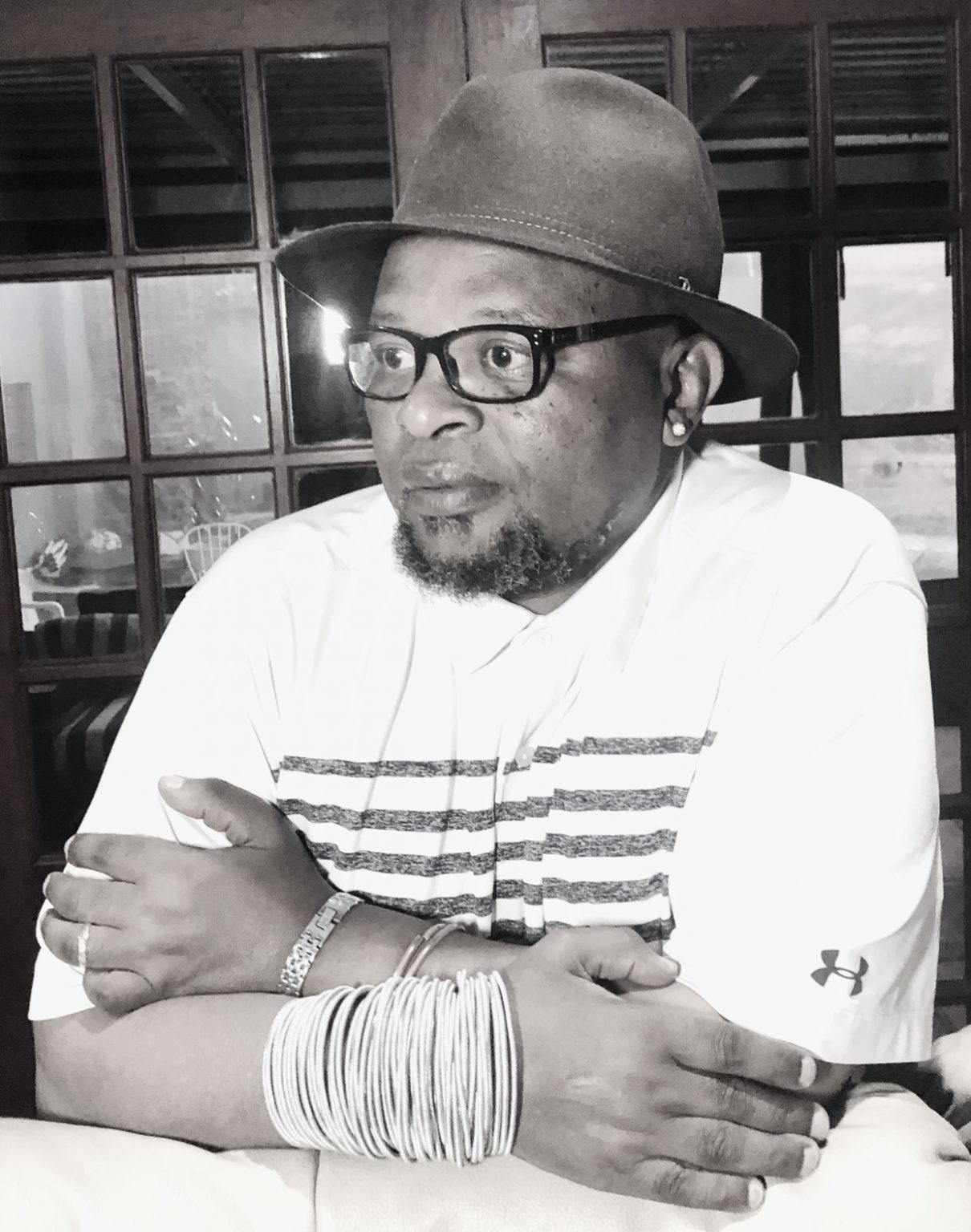 Let me share with you this sad anecdote. Several weeks ago late Saturday evening, I received a WhatsApp text message from a certain advocate – yes, that significant title in the legal profession and not in the context of Saul Molobi being a mere advocate for mainstreaming issues affecting people with disabilities, as I am. Our learned friend, as lawyers refer to each other in courts, claimed to have been shocked that he had discovered I had many social media handles under his media company’s name, Jambo Africa, which was registered in 2021. I politely informed him a simple google search – as an easy and free desktop research (minus data cost) – could have saved him the shock as the net is awash with Jambo Africa – especially Jambo Africa Online which was established as a Brandhill Africa sub-brand in September 2020. Our legal eagle indicated since his company was allowed to register as such, he claimed ownership to the brand.

He reminded me of a young entrepreneur who met me to introduce his television production, SABC 3, a few years ago. I then advised him he was infringing on SABC’s brand rights by trading under this name. He said his company was formally registered and so any attempt by the SABC to sue him was going to give him free publicity mileage. As he was adamant he owned the brand, I then advised him he could as well register Metro FM owned by the SABC, Sunday Times owned by Arena Holdings or The Star which is owned by the Independent News and Media SA. He couldn’t detect the obvious sarcasm embedded in this, so I disengaged from him.

This attempted theft happens in the cyber world. People register domain names infringing on other people’s or company’s naming rights. You may remember the Winnie Mandela’s domain name case. Then there were southafrica.org.za and southafrica.gov.za cases. Then these unscrupulous characters will then want to sell the domain name back to its rightful owner at an exorbitant price. Do your remember how many years South Africa took to legally reclaim the brand, Rooibos, from a United States company?

We previously reported that on 9 June 2021, we saw a major pronouncement by the European Union (EU) that finally endorsed our long struggle for the protection of our indigenous brand, Rooibos. The EU took a decision to include Rooibos on a list of protected “designations of origin” (PDO). Rooibos was first used by the Khoisan communities in the 18th century as it is rich in antioxidants and caffeine-free medicinal properties.

The EU decision means no product from anywhere else in the world other than South Africa may be branded as Rooibos. This speaks to the World Trade Organisation’s rules of origin – although this multilateral trade body still has to make the same pronouncement. The PDO categorisation was established  as a mechanism to protect the authenticity of products from a specific geographical area. Rooibos therefore now enjoys the same protection as Champagne, Roquefort cheese and the Greek olive of Kalamata.

But it hasn’t been an easy journey to reach this milestone for Rooibos. A while back in 1994, Burke International registered the name “Rooibos” as their trademark with the United States Patent and Trademark Office. In line with trade regulations governing patents, other companies had to buy the rights from the company to brand their products as Rooibos.

This took other American companies just over a decade in 2005 to convince the American Herbal Products and other import companies in defeating the trademark protection through petitions and lawsuits. In accepting defeat, Burke surrendered and placed the name in public domain.

So sorry for my rooibos anecdotal detour, let’s go back to my opening salvo about the lawyer who reached to me. So I informed him there were many case studies in South Africa that provided a precedence. Although I didn’t share these with him, here’s a few of them my dear reader:

There are three other critical ways to protect one’s brand. This starts with a company ensuring there are brand policing mechanisms to ensure there is absolute compliance with the company approved corporate identity (CI). The other measure, as illustrated by the cases alluded to above, is the legal protection of your brand. By CI we mean the process of managing and controlling all the suitable visual aspects and design elements to ensure they are applied correctly by all the brand’s stakeholders – including employees and clients. Side by side with your CI should be your House Style – that is, your grammar protocol and etiquette. Thirdly, while brands compete for market dominance, they have to do this within an ethical framework.

While in South Africa comparative advertising is considered unethical, some brands practice it ingenuously. One FNB once said “we’re no ordinary standard bank”. And BMW quipped “while others draw circles, we make them” – perhaps referring to a gusheshe in a car spinning race. And Subaro once saw Audi and BMW competing over “the car of the year” mantle, and then responded by saying: “congratulations to BMW and Audi for winning beauty competitions… From the winner of the best car engine successively for five years.”

Often those who know I pursuing comparative advertising will launch their campaign on Friday morning, running it throughout the weekend until Monday as they’ll be well aware their competitor brand will only be able to lodge a formal complaint with the Advertising Regulatory Board after its weekend closure. The Board administers the Code of Advertising Practice which regulates the content of South African advertising. Other countries have similar bodies although in the US, comparative advertising is allowed.

According to Hans Muhlberg in his book, “The Law of the Brand: A Practical Guide to Branding Law in South Africa”, a brand is a “badge of origin”. This expression communicates to the customer “every product featuring the brand ultimately comes from the same source, and should, therefore, be of the same quality.”

I believe Muhlberg’s assertion was succinctly captured by Mercedes Benz a few years ago when it wrote the payoff line accompanying their logo in their advertising campaign: “It’s not a logo, it’s a benchmark.”

In this era of information superhighway and a cacophony of data circulation, we’ve seen a sharp rise in the adoption of marketing technologies (martech). So let me share with you one such technology which could be useful in policing and protecting your brand. Before doing that, let me remind you that with the advent of social media, brand policing has become a 24/7 job. Anything posted becomes available to the entire world at a click of a button. So one needs a reliable software to monitor the internet 24/7 and report back to you timeously so that you manage your reputation in real-time. I must mention the brand I find extremely impressive in bringing timeous posts by tapping into current affairs and other societal developments is Nando’s. Their marketing output is relevant, opportune and highly refreshing.

So the martech I would like to recommend which is developed by Brandhill Africa™’s partner, Athens Technology Company (ATC), is aptly named “InfoAsset”. I was reminded of this development by the seminar I attended recently which was organised by the Chief Marketing Officers Council here in Sandton, Johannesburg (do read the report in this week’s edition of this news portal). ATC posits that InfoAsset empowers you in obtaining “organised, easy access to a plethora of news or other kind of content from multiple sources (offline and online, including social listening). It  offers significant holistic insight into the business and makes decision making easier –  from the press office, the communication and human resources departments to the legal and financial department. At the same time, it provides you with the ability to produce and distribute multimedia content to different media (websites, blogs, social media, mobile apps, newsletters, etc.) directly and effectively. It actually widens the scope of the dialogue with the brand’s audience.”

Dimitris Tziotis, Business Development Executive at ATC, says: “By selecting the InfoAsset platform, you obtain access to an innovative application for the collection, production, management and distribution of multimedia content on multiple channels with a single click. At the same time, you enjoy a practical and functional means of managing internal procedures (workflows) for the production of the content – from the assignment stage and the gradual changes or final approval, to its distribution in different formats and versions depending on the recipient or the channel that will be selected (including form, email, social media, etc.).”

My main interest in the system relates to its capacity for media and brand monitoring. Dimitris explains that the benefits include the following:

The system provides an easy, fast creation and distribution of information and training material for internal and external stakeholders. Do remember that your external stakeholders depend on you for correct and appropriate usage of your corporate identity. The efficiency of the system is also in it giving you the opportunity for immediate update of multiple social media accounts and websites. The cherry on top is that it also affords you an opportunity for mass email dispatches – so you don’t need to incur extra costs by subscribing to other providers for such a service.

Personally I have found the system’s speed of content’s collection, classification and analysis highly impressive. As we’re just emerging out of the economic distress imposed by the lockdowns intended to contain the infectious spread of COVID-19, I have found InfoAsset providing clients with inexpensive and easy implementation of content marketing strategies for multiple target audiences – both national and global. This is crucial as most of our brands have multiple touch points. And the system is fully and securely integrated with third party applications.

So ladies and gentleman, as I have previously argued, branding is a revenue generator and as such you’ve good to safeguard your brand by any means necessary. As Brandhill Africa™, a World Brand Congress-award winning group, we’re at your service.

Do enjoy your weekend.