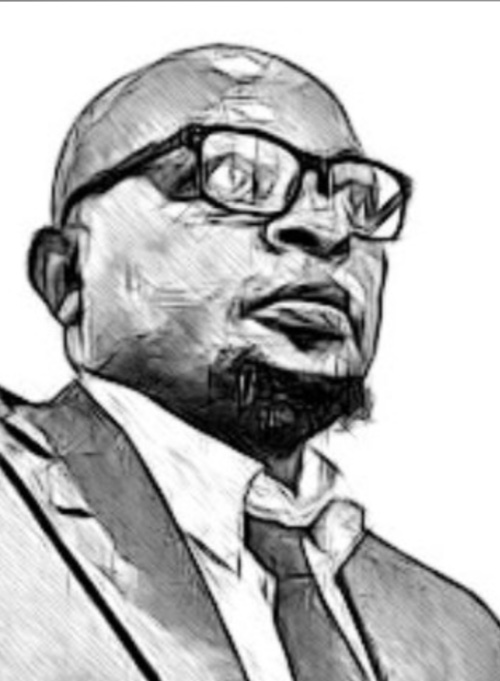 A while back a distillery executive heard about a legendary alcoholic in one township who could identify every alcohol brand from tasting it blindfolded. As they were looking for a taster, they visited the township. They had all sorts of beverages to test his competence. And he aced them all.

Then the executive, highly impressed, decided to put water in a glass, and asked him to tell them which brand it was. The guy took a sip, went deep into thinking trying to figure it out; then another sip; third… and when after gulping the fourth sip, he said defeatedly: “I have never drank this one,” to everyone’s surprise. After composing himself, he concluded: “But I can bet last penny on this: like tea, it will never sell.”

Many years later, I guess he’s turning in his grave. Water sells! Yes I know in my rural home village of New Eersterus, Hammanskraal (north of Pretoria), we have always bought water from the tankers. But this time, I’m talking about bottled and branded water. And yes, normal still or sparkling water and it also comes in various flavours too.

And yes, tea sells too. And as more and more consumers adopt healthy lifestyles, they choose the kind of teas endowed with health attributes. And our indigenous tea, Rooibos, is one of those highly rated. According to the South African Rooibos Council, tea is big business. Yes, it is the most-consumed drink in the world after water. Over 25 000 cups of tea are poured every second globally and these amount to a staggering 2.16 billion cups per day!

Allow me to take a slight detour.

The month of June launched itself with a big bang – excuse the analogy! While June 5 is celebrated as the “World Environment Day” which is crucial considering climate change challenges that we’re grappling with, there are many more celebrations to come during this historic month, dubbed the “Youth Month”, in South Africa in paying homage to the gallant youths who were led by a high school legend, Tsietsi Mashinini, who inspired nation-wide uprisings on June 16 against apartheid education. Yes, Steve Biko was leading university students as part of the Black Consciousness movement. Lensman Sam Nzima took the iconic emotion-laden photo of the dying 13-year old Hector Pieterson who was carried by Mbuyisa Makhubu and Hector’s sister, Antoinette Sithole, that became the symbolic image of June 16 uprisings. Indeed, we’re also celebrating on 26 June this year the 66th anniversary of the Freedom Charter – a historic document upon which South Africa’s constitution is premised.

Our constitution is rated as one of, if not, the most progressive in the world as it unashamedly advocates for non-racialism; non-sexism; people-centred and people driven democracy; and outlaws all forms of discrimination.

Back to my beer taster anecdote. I hope my detour wasn’t as catastrophic as the “wrong turn” – canonised by director Mike P. Nelson in the horror movie of the same name. During the second week, on 9 June to be exact, we saw a major pronouncement by the European Union (EU) that finally endorsed our long struggle for the protection of our indigenous brand, Rooibos. The EU took a decision to include Rooibos on a list of protected “designations of origin” (PDO). Rooibos was first used by the Khoisan communities in the 18th century as it is rich in antioxidants and caffeine-free medicinal properties.

The EU decision means no product from anywhere else in the world other than South Africa may be branded as Rooibos. This speaks to the World Trade Organisation’s rules of origin – although this multilateral trade body still has to make the same pronouncement. The PDO categorisation was established  as a mechanism to protect the authenticity of products from a specific geographical area. Rooibos therefore now enjoys the same protection as Champagne, Roquefort cheese and the Greek olive of Kalamata.

Advocate Roger Chennells who has been representing the San Council for the past ten years, said excitedly: “This is a significant step in our history. It is not just an acknowledgment and victory only for the Rooibos but also for the entire indigenous plant species of South Africa.”

The South African Rooibos Council’s Director, Nicie Vorster, said: “This means even a much bigger business for the country as we currently produce about 15 000 tonnes of the characteristically red drink per year. Currently, 50% of our produce is shipped out to Japan, Germany, the Netherlands and the United Kingdom.”

With the operationalisation of the Africa Continental Free Trade Agreement (AfCFTA) from 1 January 2021, the two councils and the entrepreneurs who will go into exploiting all the value chains in the business of Rooibos, it goes without saying that the biggest immediate market is South Africa and the rest of the African continent. The AfCFTA has integrated us into a market of over 1.27 billion consumers and has removed over 90% of tariffs to boost intra-African trade.

The immediate step is to ensure we invest sufficient resources into building Rooibos into a brand so that it could compete successfully against foreign tea brands. We have to make to sure we inculcate awareness of this brand among our people; position it as a value for money purchase; make them aware of its health attributes; and, inspire their loyalty and affinity to the Rooibos brand. This is what us as Brandhill Africa are ready to do as our contribution to increasing the brand equities of, and entrenching, “Made in Africa” service and product brands among our people.

But as South Africa we also do good unto others as we uphold the principle of fair global trade regime – and other African and Asian countries have to celebrate this. Late last year South Africa passed the rule that prescribes coffee can only be brewed from a bean and as such three “coffee” brands that we grew up knowing have to repositioned as chickory from 1 November this year – these are Ricoffy, Frisco and Koffiehuis as they are not coffees. I can imagine my Ethiopian and Kenyan friends smiling from ear to ear and nodding in agreement.

But it hasn’t been an easy journey to reach this milestone for Rooibos. A while back in 1994, Burke International registered the name “Rooibos” as their trademark with the United States Patent and Trademark Office. In line with trade regulations governing patents, other companies had to buy the rights from the company to brand their products as Rooibos.

This took other American companies just over a decade in 2005 to convince the American Herbal Products and other import companies in defeating the trademark protection through petitions and lawsuits. In accepting defeat, Burke surrendered and placed the name in public domain.

My colleague, Andile Msindwana – the Editor of Jambo Africa Online – has previously written elaborately about the West usurping Africa’s intellectual property rights. Indeed, like hyenas, Americans fought among themselves for over ten years to appropriate and commercially exploit South Africa’s indigenous brand, Rooibos.

Through the advocacy efforts of the San Council and the South African Rooibos Council, the South African government formally drafted rules in 2013 that protected and restricted the use of the names “rooibos”, “red bush”, “rooibos tee”, “rooibos tea”, “rooi tee” and “rooibosch” so that the name could not be used for things not derived from the Aspalathus linearis plant – that’s the scientific name of the Rooibos plant. They also provide guidance and restrictions for how products which include rooibos, and in what measures, should use the name “rooibos” in their branding.

I can’t emphasise more on how critical branding is in our packaging. You can’t judge a book by its cover? Please, don’t provoke me! The Greek philosopher, Socrates (born c. 470 BCE, Athens, Greece; and died 399 BCE), advised: “The way to gain a reputation is to endeavour to be what you desire to appear…”. Think Steve Jobs’ insistence on the Apple packaging. Since we’re talking drinking, think about the packaging of the ultimate number in the Johnny Walker brandline, Johnny Walker 18 (yes, an autographed bottle cushioned in a casket that looks more expensive than the ones British royalty’s remains are buried in).

I’m saying this because my dearest friend in Italy, Mabel Kester, struggled for months to advice South Africans on compulsory specifications that needed to be included on the Rooibos packaging for impactful brand positioning of Rooibos for the health conscious Italian market. This will inspire those consumers’ preparedness to pay a premium price for the product.

So what’s the big deal about Rooibos. This is crucial for me because just last month while introducing Lerato Pretorius’ Lavo wine brand (see https://www.jamboafrica.online/page/5/), I spoke about the health attributes of red wine. Yes, the same abound in Rooibos.

So be glad to know that Rooibos has been proven scientifically to contribute to one’s fertility.  But we can’t link this to Sithole’s case as she didn’t partake in this tiny wonder of nature from the Western and Northern Cape hinterlands. This is crucial as in February as we were celebrating the world’s “Reproductive Health Month”, it was indicated the other 21st century crisis is the plummeting fertility rates. It was reported that scientists were predicting that by 2025 over 10 million couples will be struggling to conceive.

Dr Crystal Meletiou, a therapist specialising in supporting women with fertility and menopausal challenges, opined that antioxidants that are also prevalent in Rooibos are crucial in treating infertility among both male and female patients. She was quoted by the South African Rooibos Council, as saying:  “One study in particular, published by a team of gynaecologists, obstetricians, urologists, nutritionists and other specialists from the International Islamic University of Malaysia, discusses the benefits of antioxidants on sperm production and quality.”

Adele du Toit, spokesperson for the SA Rooibos Council is also referring to several papers which point to how Rooibos could benefit reproductive health in both men and women.

“The Department of Biomedical Sciences at Cape Peninsula University of Technology (CPUT), which compared the effects of red and green Rooibos, Chinese green tea, and commercial Rooibos and green tea supplements on rat sperm, found that sperm count and motility were significantly higher for rats on red and green Rooibos due to their high antioxidant content, than with any of the other groups.

“A further two studies, one conducted by CPUT on diabetic rats – a condition which is often associated with male reproductive issues, such as low sperm count and another piloted by the University of the Western Cape and University of Limpopo on rodents that were fed Rooibos tea for 52 days, again confirmed Rooibos’ beneficial effect on sperm concentration, viability and motility.”

According to a study published in the SA Journal of Botany, Rooibos improved the overall health of the uterus, endometrial lining and ovaries in female rats after 21 days of consumption.

In conclusion, the South African Rooibos Council tabulates the following key points about the Rooibos industry:

Let’s celebrate the fact that South Africa has reclaimed its indigenous brand. Let’s support the two councils and government as they continue with the struggle to finally get the WTO to accord protection to this brand as Africa’s intellectual property. Let’s consume it and embrace it as our homegrown brand. Let’s invest in its production as the market is there all over the world to consume it. Let’s use it to make a positive impact on the lives of our people – particularly the masses of our people in the rural hinterland. Let’s eat and drink healthy.

Happy Youth Month to all our future leaders!