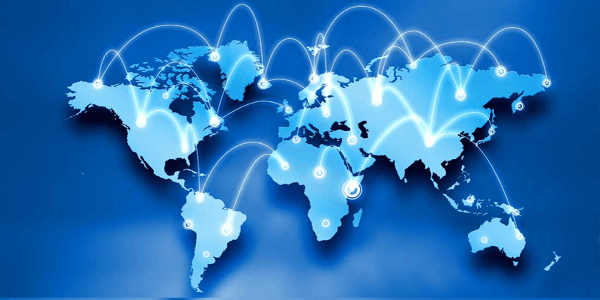 In the digital age, a growing number of governments have adopted policies aimed at boosting growth through innovation and technological upgrading. The domestic economic fallout linked to the COVID-19 pandemic is leading countries to strengthen these policies. A new WTO report looked at those trends, and at how trade fit into them.

The report shows that “international cooperation could play a significant role in making countries’ pursuit of such goals more effective, while minimizing the negative spill-overs from national policies. The shift towards digitalisation and knowledge-based economies highlights the increasing importance of innovation and technology to economic growth.

Under the so-called “new industrial policies”, government policies aim at shifting domestic production towards new, enabling digital technologies, while at the same time facilitating the modernisation of mature industries.

At each phase of policymaking, governments must balance multiple objectives, from attempts to correct real or perceived market failures, to the dual task of managing change in mature sectors, while promoting emerging industries and technologies. Over the past two decades, economies have met these objectives with increasingly outward-oriented policies, in recognition of the fact that openness – access to larger markets and increased competition – leads firms to innovate.

The digital age further underlines this need for openness.

Trade and trade policy have historically been important engines for innovation. The certainty and predictability in global market conditions fostered by the multilateral trading system have made an enormous contribution to innovation and technology diffusion globally, notably by underpinning the rise of global value chains. Countries have accessed advanced technology by importing capital goods, by means of technologies, and by building knowledge through partnerships and global value chain participation.

Today, a defining feature of government policies is to support the transition towards the digital economy, which is one reason why more and more governments adopt knowledge-based strategies.

However, international cooperation is necessary if outward oriented policies are to be effective.

In the context of “new industrial policies” and related policies geared towards innovation, and the transition towards the digital economy, some of these strategies can have positive spill-overs for other countries – generating growth, creating new markets and encouraging technology diffusion. At other times, these strategies can have negative spill-overs – distorting trade, diverting investment, or promoting unfair competition.

The challenge for WTO members is to provide a framework of shared rules that encourages positive outcomes and discourages zero- or negative-sum ones. This is not a new challenge. The system that was created after the Second World War was designed precisely to reconcile international rules with national policy space and flexibility.

In many countries, government policies attempt to improve the business environment or to tilt the structure of economic activity toward sectors, technologies or tasks that are expected to offer better prospects for economic growth or societal welfare than would occur in the absence of such intervention.

Governments are generally motivated to implement policies at the sectoral level to boost long term growth, increase incomes and productivity, and, in doing so, promote entrepreneurship, innovation, technology transfer, skill development and competition as specific policies to achieve these objectives.

Over time, there have been several phases of government policies, with considerable variance across economies.

In the early days, industrial policies were narrowly defined as policies that aimed to build capacity mainly in the manufacturing sector.

The 1980s marked a gradual shift away from policies based on import substitution, infant industry protection and direct intervention into the production process, towards more outward-oriented policies.

Some countries anticipated that shift even earlier. In the 1990s, industrial policies further embraced open economy requirements: skills upgrading, acquisition of technological capacity, reduction of business and trade costs, and infrastructure development, for example, as important medium-term objectives. Industrial and trade policies aimed to improve the international competitiveness of firms and their integration into global value chains.

Governments also introduced strong horizontal, or cross-sectoral, objectives aimed at providing the infrastructure for economic growth, although the horizontal focus did not completely displace sectoral policies, which remained a prominent feature of industrial policies.

By the turn of the millennium, the notion of industrial policy had shifted significantly, with the concept of “industrial” extending beyond the manufacturing sector and evolving towards a model of greater strategic collaboration between the private sector and governments, characterised by the relatively large presence of public-private partnerships and programmes to boost research and development (R&D).

Since the 2008-09 financial crisis, there has been an undeniable resurgence of government policies aimed at fostering change in the allocation of resources by economies, as reflected in the number of economies in which such policies have been developed and in the ambition of policy plans.

“New industrial policies”, “Industrial 4.0”, “digital transition plans” have been designed in a context of profound industrial reorganisation and parallel to the emergence of ground-breaking digital technologies and advanced manufacturing supply chains.

For many countries, the principal aim is to modernise their economies, including their traditional manufacturing sectors, in a way that promotes the shift from mechanical and analogic production to digitally enabled production processes and services.

Hence a key and defining feature of “new industrial policies” is their prime focus on innovation, technological development and upgrading in the digital field. Innovation can be understood as the transformation of an invention into marketable products and services, new business processes and organisational methods, as well as the absorption, adaptation and dissemination of novel technologies and know-how.

Innovation-oriented government policies are therefore public interventions to support the generation and diffusion of innovation.

In practice, technological upgrading and the digitalisation of production processes and services are embodied in the economic development plan of many countries, while in others, a specific digital development plan and an innovation plan complements an industrial strategy.

Many developing countries have adopted proactive policy frameworks to promote digital development and technological innovation with a view, for example, to catching up on digital and telecommunications infrastructure, developing the digitalisation of production and building capacity for a software/app economy reliant, in the main, on open-source technologies.

Providing an overview of industrial and innovation policies in the digital space, the WTO report examines how policy instruments evolve, distinguishing what is truly new from what simply adapts policy instruments already at use in “traditional sectors”.

Certain policy tools and instruments are clearly integral to the digital economy: data policies, R&D support applied to digital technologies, skill and knowledge diffusion; other policy instruments such as investment incentives and intellectual property rights regimes are more “conventional” and need to adapt when applied to the digital sector.

“New industrial policies” can also display “defensive” aspects, particularly in non-digital sectors, which are the most mature, and which may be subject to competition and technological transition. A snapshot of the use of government policy tools, based on public sources including the WTO Trade Monitoring Database, complemented by the Centre for Economic Policy Research (CEPR)’s Global Trade Alert database, shows the relatively active use of industrial and trade policy instruments of a “defensive” nature in traditional sectors such as minerals, metals and chemical industries, and to a lesser extent in textiles and clothing, electrical machinery, and transport equipment.

This is notably the case for new border measures including import tariffs, export duties and non-tariff measures, which account for one third of the policy measures implemented since the 2008-09 financial crisis.

Investment policies, which are still at the heart of industrial strategies, are characterised by a trend to offer incentives and attract foreign direct investment (FDI), notably in increasingly popular special economic zones (i.e. areas in a country in which the business and trade laws differ from those of the rest of the country).

Fiscal and financial incentives, such as tax or tariff exemptions and subsidized services, are the most prevalent investment promotion tools among economies of all development levels.

Meanwhile, FDI policies adapt to the characteristics of the digital economy, in which firms no longer need to serve foreign markets by building large manufacturing capacity and hence firms’ criteria to invest abroad emphasise skills and the quality of digital infrastructure.

The novelty of government policies in the digital age is perhaps in the requirement for a better articulation of the various policies supporting the establishment of a new digital supply chain. While ambitions to innovate in digital technologies may vary from one economy to another, many countries – including least-developed countries – do have explicit digital strategies to make the most of the digital technologies, with a view to producing software, providing e-services and/or participating in e-commerce. The concept of innovation in some developing countries may differ somewhat from that of the few frontier countries in this field, as in these cases innovation indicates adopting existing technologies rather than inventing new ones.

For these countries, their objectives include catching up with more technologically advanced economies and building alternative capacity for software/domestic “app” economies which can rely on opensource technologies.

Several features of the digital economy underline the evolution of this new phase of industrial and innovation policies. As data become an essential input in every aspect of economic activity, many digital technologies have the potential to alter economies and redefine innovation, and they are thereby considered to be general-purpose technologies.

Firms in the digital economy rely less on physical assets and more on intangible assets. This makes firms much more scalable (i.e. capable of expanding), allowing them to reach global markets, and some market players have come to hold dominant positions in the digital sector.

As a result of these special features, government policies have been evolving in such a way as to encourage innovation in the digital space. Open and transparent data policies are an integral part of innovation policy, as actors need a clear framework for data use, transfer and protection.

Government support in building and upgrading telecommunications infrastructure serves as an enabling condition to scale up digital services.

Policy design should be collaborative and adaptative to allow for the coordination of many more policy fields and favour more experimentation.

Collaboration with the private sector is also being sought more systematically.

In the assessment of domestic policies surrounding digital technologies and related activities, a careful examination has to be made. Many national policies in the digital area, such as those which seek to improve the digital infrastructure, offer R&D support in general-purpose technologies, and develop digital skills, tend to be horisontal in nature, and hence are deemed, according to the economic literature, to be a priori less economically distortive than policies targeted at specific industries or firms.

Policies which aim to create national champions and target specific industries may be more trade-distortive and call for enhanced international cooperation.

Government policies today are increasingly oriented towards the promotion of innovation in the digital sectors. Over the past decade, R&D expenditure in services linked to information and communication technologies has grown from 10% – 14% of global R&D spending.

Governments support innovation and the development of the digital economy through a mix of traditional policy instruments and new regulatory approaches. Traditional policy instruments range from direct and indirect public funding for R&D to the elimination of import tariffs (including under the WTO Information Technology Agreement), innovation- and digital-oriented public procurement, local content requirement measures, the development of standards and the promotion of high-tech clusters and tech hubs.

The specific features of the digital economy have also led numerous governments to broaden their policy toolboxes and develop new regulatory approaches.

These new approaches aim to foster digital innovation through instruments like regulatory sandboxes (i.e. where businesses can draw on the expertise and advice of a regulator and test their products under less stringent regulatory requirements) and data-sharing schemes.