The FIFA World Cup is upon us 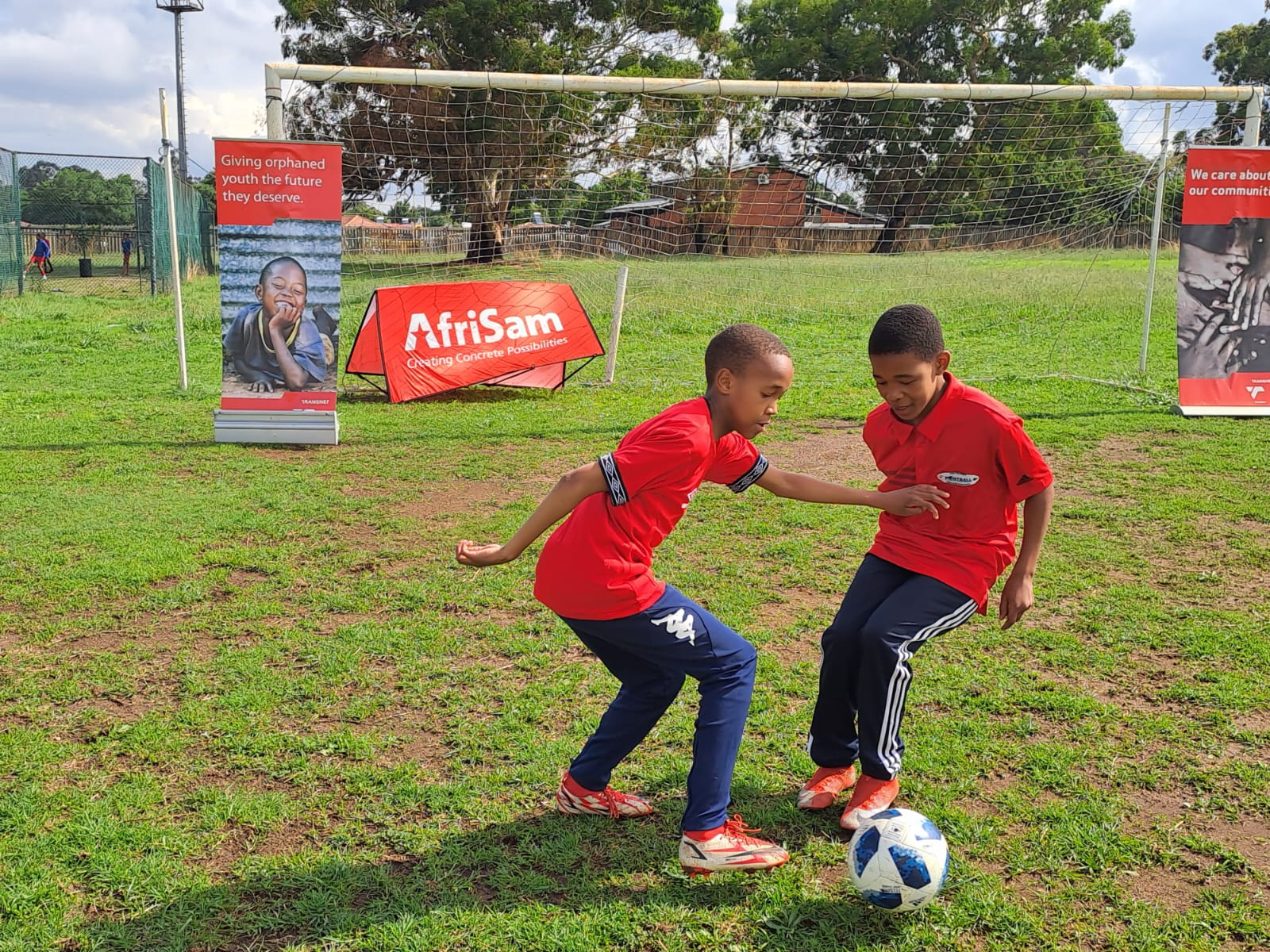 *** Headline photo: Morategi Ratshefola takes on Bakang Mendle in a friendly kickabout at the Transnet School of Excellence***

But the tournament will not be the same for Morategi Ratshefola and Bakang Mendle due to South Africa’s absence from the biggest football showpiece.

Bafana Bafana did not qualify for the tournament and therefore the Transnet School of Excellence-based young players will be cheering on the five African sides in Qatar.

However, both Ratshefola and Mendle are determined to help return the glory days for the national team in the not-so-distant future.

“The journey may be a bit long for me, but I want to see myself playing for Bafana Bafana in the World Cup,” said Ratshefola.

“The World Cup is my biggest dream. But I cannot realize the dream without Bafana Bafana.”

Mendle echoed Ratshefola, adding: “We will be supporting other African teams in Qatar, in the absence of our national team.”

Their journey to the renowned School of Excellence is propelled by the collaboration between DILFA and their partner AfriSam, which sponsors football development in the area in which they operate through the Imunathi programme.

The two have been offered a five-year scholarship by the school, which has produced stars such as Steven Pienaar, Gabriel “Ninja” Mofokeng, Bernard Parker and Keagan Dolly.

They were picked from hundreds of youngsters from the North West province through the school’s talent identification programme.

AfriSam general manager Mr Jaco Vermaak and the North West Sport Confederation president, Thebe Sekoto, were part of the delegation that visited the school and reaffirmed their support for the development of the youngsters.

“When you invest in development it is important to monitor progress and continue giving support,” said Vermaak.

“The boys are a source of inspiration to many in their communities. As AfriSam we are pleased that we can plough back to the communities and contribute to sports development through such initiatives.”

Under 13 coach James Mabena has predicted a bright future for the boys.

“Ratshefola has the maturity of a seasoned professional. He has made tremendous progress and is earmarked to receive an award for the most improved player,” says James Mabena, the U-13 coach

“The future is bright for these boys. I’m pleased with their conduct. They are certainly destined to go places and reach the national team levels. I lack words to describe them.”