The history of regional integration in Africa 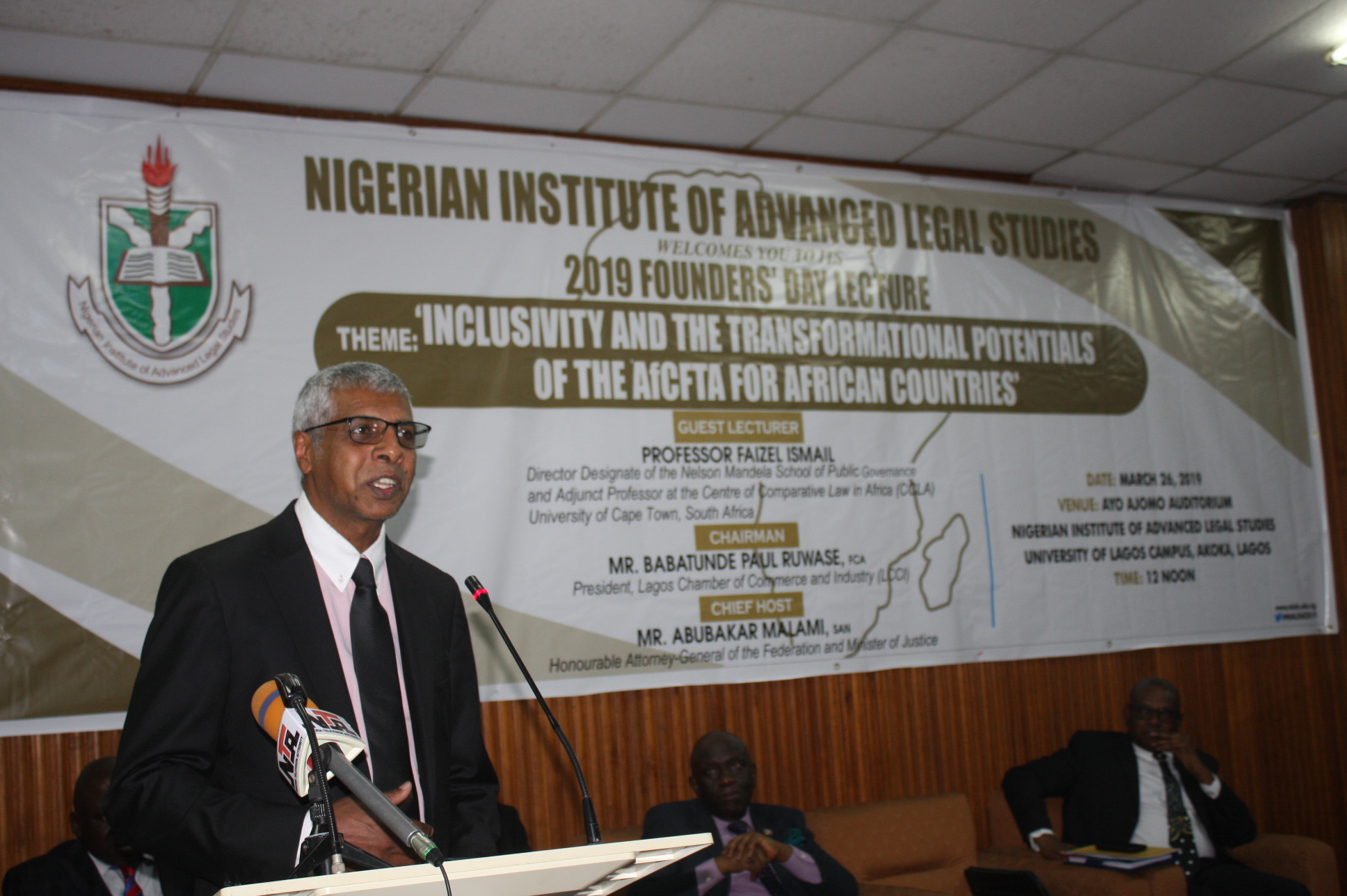 The following is an extract from a riveting book by Faizel Ismail aptly titled “The African Continental Free Trade Agreement (AfCFTA) and Developmental Regionalism published by Trade and Industrial Policy Strategies (TIPS). The book is intended to provide negotiators, policymakers, and other stakeholders with an overview of the theory and implementation of the AfCFTA and regional integration in Africa and to raise questions that could facilitate discussion and dialogue by all stakeholders at the country, Regional Economic Community and African Union levels. It is about ideas, values, and the importance of critical thinking to consider appropriate policies in the continent.

The formation of the Organisation of African Unity (OAU) in 1963 by independent African states reasserted the vision of regional integration. However, it was only in the early 1980s that regional integration was given substantive meaning and direction by the first executive secretary of the Economic Commission of Africa, Adebayo Adedeji. His influential leadership led to the launch of the Lagos Charter in 1975 and the Lagos Plan of Action in 1980. The OAU Heads of State adopted the Lagos Plan of Action that called for the integration of the continent based on “self-reliance, endogenous development and industrialization” of Africa. While Adedeji’s vision was based on the concept of “developmental regionalism” the Lagos Plan of Action has been criticised for not having a detailed implementation strategy.

While there were some significant successes towards regional integration after the creation of the OAU, implementation was slow and uneven across the continent due to many challenges in the 1980s and 1990s, including low levels of growth, high levels of debt, political instability and overlapping regional arrangements.

Adedeji points that the real per capita gross domestic product (GDP) of Africa between 1980-1989 declined by 0.4 percent and its exports in volume declined by 0.1 percent. He thus refers to this period as Africa’s “lost decade”.

The first step in this pathway was the creation of Free Trade Areas (FTAs) in each region followed by customs unions, common markets and monetary unions.

Eight significant RECs advanced the process of regional integration within each region:

By the early 2000s Africa’s RECs were beginning to overlap, creating a so-called “spaghetti bowl” of overlapping regional arrangements. Some countries were members of more than one REC and had committed to joining more than one customs union – which, by definition, was impossible to achieve. For example, Eswatini, was a member of the SACU, SADC, and COMESA. SACU is a long-standing customs union and both SADC and COMESA have committed to becoming customs unions. It will not be possible for Eswatini to be a member of all three, unless all three merge into a single customs union.

The Tripartite Free Trade Area (TFTA) agreement among SADC, COMESA and the EAC was signed at Sharm el Sheikh, Egypt, on 10 June 2015 by representatives of most of the 26 member states, representing a combined population of more than 600 million people and GDP of US$1 trillion.

While a legal text has been agreed on tariff liberalisation, disciplines on non-tariff barriers to trade, rules of origin, trade remedies and dispute settlement, among other issues, the negotiations on tariff offers were still ongoing at the end of May 2019, as part of the built-in agenda.

Phase II of the negotiations provides a timeframe of 24 months to conclude negotiations on competition policy, investment and intellectual property rights.

When the negotiations towards an African Continental Free Trade Area (AfCFTA) were launched in 2015, it was agreed they should run in parallel with the TFTA II phase negotiations. The scope of the AfCFTA negotiations was to include trade in goods, services, investment, intellectual property rights, and competition policy.

Negotiations began in earnest in early 2016, at the level of technical working groups, senior officials and Ministers. In July 2016, the Heads of State of the AU decided to fast-track the AfCFTA negotiations and create a High-Level Panel to oversee these.

South Africa and Nigeria were not ready to sign the agreement in Kigali, Rwanda, on 21 March 2018 when the AfCTFA was launched. According to the press statement issued after the 31st AU Summit in Nouakchott, Mauritania (from 25 June to 2 July 2018), South Africa, Namibia, Burundi, Lesotho, and Sierra Leone signed the agreement increasing the number of signatories to 49 countries.

These agreements come into force after 22 of AU members have ratified the Agreement (deposited the instrument of ratification). On 30 April 2019, Moussa Faki Mahamat, the chairperson of the AU, confirmed that he had received notices of ratifications from 22 member states.

The AfCFTA entered into force at the AU Summit on 7 July 2019 in Niamy, Niger. At this Summit Nigeria and Benin signed the AfCFTA. Due to the disruptions caused by COVID-19 the scheduled implementation date of the AfCFTA of 1 July 2019 was postponed to 1 January 2021.

The Mauritania Summit of the AU also adopted the five services priority sectors – Transport, Communication, Finance, Tourism and Business Services – for the member states to begin making requests and offers on as they advance on the Services negotiations.

Phase II of the AfCFTA negotiations will include the issues of Investment, Competition and Intellectual Property Rights.

Member states have started to negotiate protocols/agreements on each of these issues that will become part of the AfCFTA. By December 2020 member states were still negotiating detailed tariff reductions on trade in goods and complex issues related to the rules of origin. They will also request and submit offers to other African countries on services liberalisation. In parallel with this process of detailed technical negotiations on trade liberalisation, African countries have begun to negotiate and develop the architecture of the agreements on investment, competition and intellectual property.

Professor Faizel Ismail is the Director of the Nelson Mandela School of Public Governance at the University of Cape Town. The book is available for downloading at https://www.tips.org.za/images/AfCFTA_and_Developmental_Regionalism_Handbook_2021.pdf