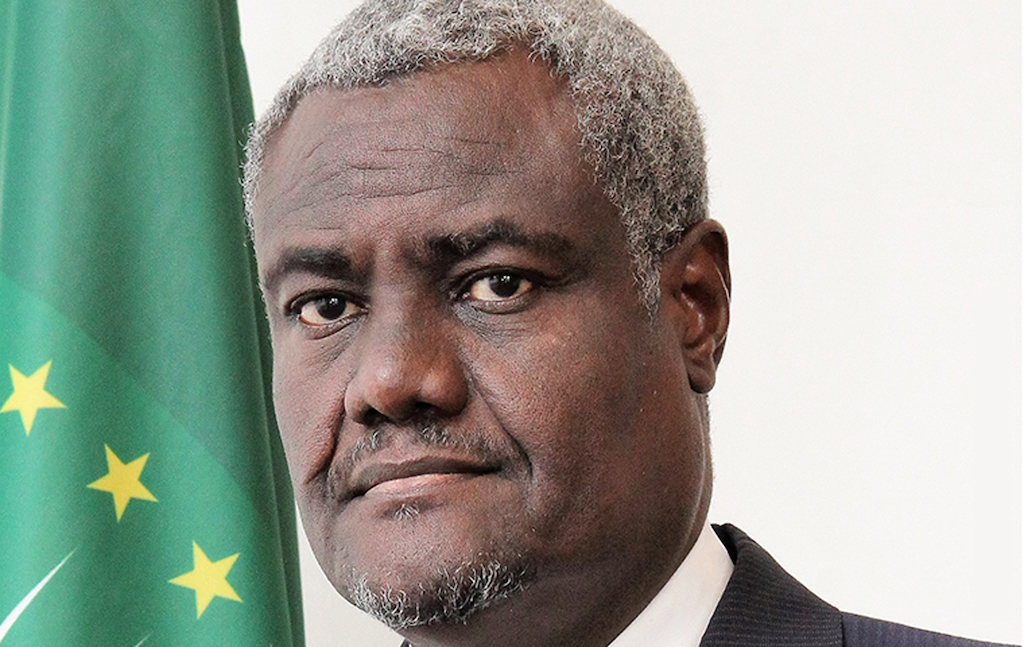 The African Trade Observatory (ATO), will provide African policymakers and entrepreneurs with new analysis, data, and tools to support the successful implementation of the AfCFTA

The AfCFTA, and the free trade area that it creates encompassing over 1.27 billion inhabitants with a combined output of over $3.6 trillion, has the potential to transform lives across the continent. Nevertheless, navigating the changing economic landscape and harnessing new regional opportunities requires a strong partnership and the right tools to guide entrepreneurs as well as policymakers.

The African Union, European Union, and the International Trade Centre continue their engagement through the African Trade Observatory to support and monitor the effective implementation of the AfCFTA. To ensure the African Trade Observatory reaches its full potential through a coordinated response from international and regional agencies, a Steering Committee meets regularly to assess progress and coordinate efforts. The second SC meeting, held on April 26, brought together the African Union Commission (AUC), the AfCFTA Secretariat, European Union (EU), International Trade Centre (ITC), United Nations Economic Commission for Africa (UNECA), and Regional Economic Communities (RECs). Together, they took stock of recent developments to strengthen regional integration by supporting sound evidence-based-policy and facilitating dialogue and consensus on high impact policy measures at different stages of the AfCFTA implementation.

Pamela Coke-Hamilton commended the enhanced transparency and wealth of accessible information made available to African entrepreneurs on regional opportunities thanks to the release of the beta version of the online ATO dashboard (https://www.ato.africa)’. The beta version was launched at the 13th Extraordinary Session of the African Union Heads of State and Government on the AFCFTA on December 5th 2020 and the ITC Executive Director further noted that more improvements were on the way given the dashboard will be enriched by an analytical module dedicated to African policymakers and expected to be launched on Africa Integration Day on 7 July 2021.

In the context of the lingering effects of the COVID-19 pandemic, accessible and timely information through digital channels is crucial for business success. Since its release, more than 3,700 users visited the beta version of the ATO dashboard, with particularly strong interest from entrepreneurs in South Africa, Nigeria, Kenya, Ghana, and Ethiopia.

In the coming months, the dashboard will be enriched by an analytical module dedicated to African policymakers and expected to be launched during the Africa Integration Day on 7 July 2021. The new module will allow duly authorised users to monitor regional integration closely and provide through a series of advanced indicators, notably regarding trade patterns, trade performance, trade opportunities, tax revenues, utilization of trade agreements, and border-crossing time.

In addition to revolutionizing access to existing trade and market information, the ATO project is also improving access to real time data. A customized data transfer system has being successfully installed in Comoros, Madagascar, Uganda, and Zambia, and will be installed in Seychelles shortly. AUC Commissioner Albert Muchanga applauded this progress noting ´Real-time data on trade flows will push African trade intelligence to a completely new level, and will catalyse efforts towards a Post-COVID recovery strategy for Africa´. The African Union Commission will continue to provide support towards the successful utilization of the ATO in support of the successful implementation of the AfCFTA.

To further support negotiators, the AfCFTA Tariff Negotiations Tool (https://tariffnegotiations.au-afcfta.org) will soon be available in Portuguese and Arabic in addition to English and French. To empower negotiators, a refresher virtual workshop, organized by the African Union-AfCFTA secretariat, was held in March 2021, targeting all African countries.

H.E. Ambassador Birgitte Markussen, Head of the EU Delegation to the African Union, comments: “As part of our support to the AfCFTA operationalisation, the EU will grant an additional contribution of € 5 million for ATO’s second phase in the next coming months, in addition to our initial support of € 5.1 million. This new phase will allow broadening the scope of the Observatory in order to cover services, investment, Rules of Origin and other key features. The ATO is one of the many tangible examples of how the AU-EU Partnership can jointly deliver with the highest standards.”

About the ATO project

The African Union Assembly Decision/AU/Dec.394 (XVIII) to establish an African Continental Free Trade Area (AfCFTA) and to endorse the Boosting Intra-Africa Trade (BIAT) Action Plan was adopted on January 18th, 2012. One of the Policy Clusters of the BIAT Action Plan is Trade Information. In addition, the Architecture of the AfCFTA as envisaged in the Decision includes, among others, the establishment of the African Union Trade Observatory (ATO), to be located within the Department of Trade and Industry (DTI) of the AU Commission (AUC).  The ATO constitutes one of the five operational instruments of the AfCFTA launched during the 12th Extra-Ordinary African Union Summit, held in July 2019, Niamey, Niger.

The main focus of the ATO is to provide market intelligence to the Pan-African Business Community, Policy makers, Academia and Think Tanks. It will provide real-time data on international trade, information on market regulations and government laws. For more information on the project, kindly consult the dedicated webpage (https://ato.africa/en/about) and/or view the videos below:

The ATO project is led by the African Union (AU), implemented with the International Trade Centre (ITC) and supported by the European Union (EU).

About the African Union (AUC) – The African Union Commission (AUC) is the AU’s Secretariat and undertakes the day to day activities of the Union. It is based in Addis Ababa, Ethiopia. Its functions, include: Representing the AU and defending its interests under the guidance of and as mandated by the Assembly and the Executive Council. African Union Commission Department of Trade and Industry’s core mandate is to support the AU in Boosting Intra-African Trade, fast track establishment and implementation of the African Continental Free Trade Area (AfCFTA), and to ensure Africa’s competitiveness in the global economy. For more information, visit www.au.int.

About the European Union (EU)

The European Union (EU) is a unique economic and political union between 27 European countries.

The EU has delivered more than half a century of peace, stability and prosperity, helped raise living standards and launched a single European currency: the euro. More than 340 million EU citizens in 19 countries now use it as their currency and enjoy its benefits.

As enshrined in the Treaty on European Union, ‘the Union is founded on the values of respect for human dignity, freedom, democracy, equality, the rule of law and respect for human rights, including the rights of persons belonging to minorities. These values are common to the Member States in a society which pluralism, non-discrimination, tolerance, justice, solidarity and equality between women and men prevail’. For more information visit: https://europa.eu/european-union.

About the International Trade Centre (ITC)

ITC is the joint agency of the World Trade Organization and the United Nations. ITC assists small and medium-sized enterprises in developing and transition economies to become more competitive in global markets, thereby contributing to sustainable economic development within the frameworks of the Aid-for-Trade agenda and the United Nations’ Global Goals for Sustainable Development. For more information, visit www.intracen.org.