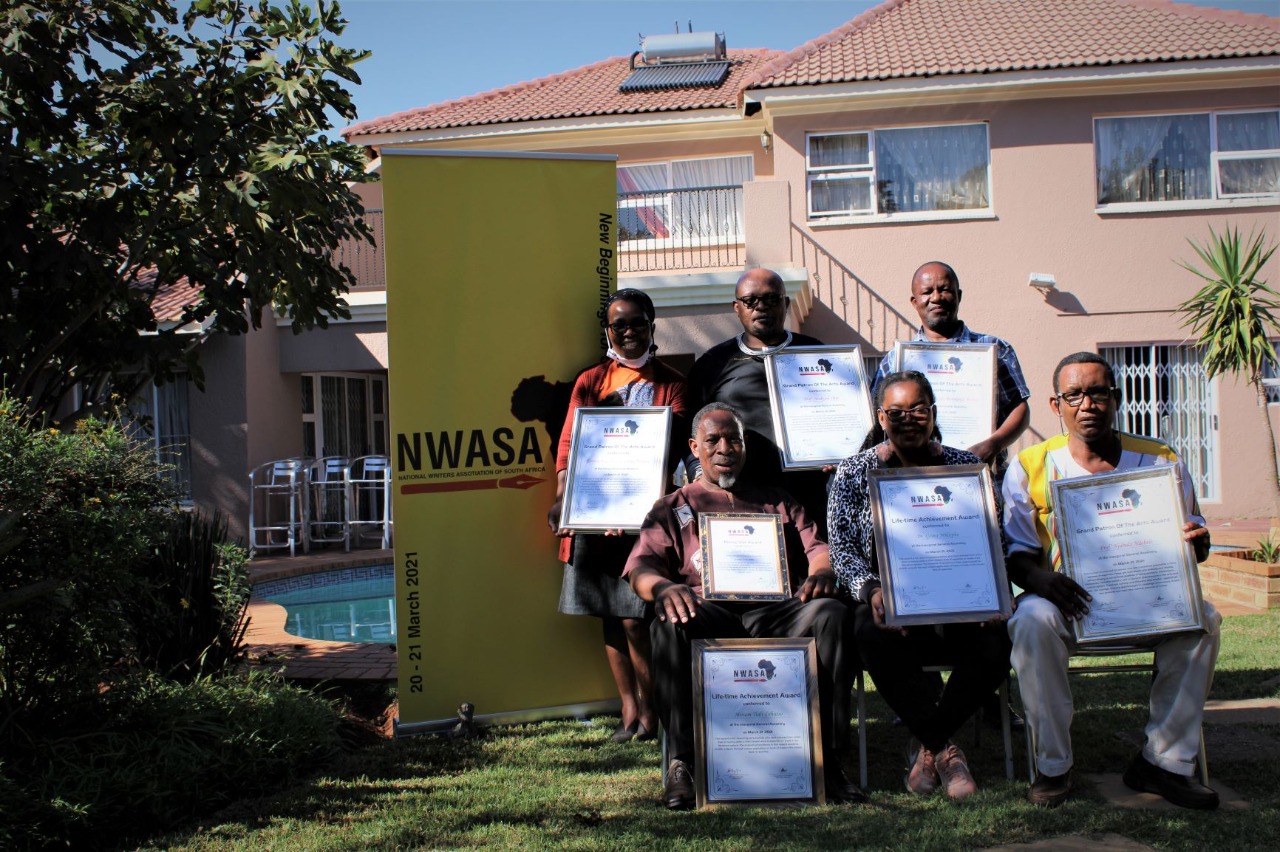 The National Steering Committee (NSC) of the National Writers Association of South Africa (NWASA) held their debut “lekgotla” over the weekend after they were elected during the inaugural conference held virtually on 20-21 March 2021 – when the country was celebrating the Human Rights Day. This lekgotla was intended to develop a strategic and operational road map (Masupatsela/ Mkhombandlela) for the implementation of the resolutions undertaken at the Inaugural General Assembly for its three year tenure.

This April 9 to 11 weekend was also endowed with historical relevance as the country was paying homage to the anti-apartheid leader, Chris Hani, who was assassinated on 10 April.

This inspired our choice our venue too. We decided to converge in a venue in Germiston, one of the suburbs under Ekurhuleni Metropolitan Municipality, near where our iconic leader was killed in cold blood.

This timing coincides with the celebration of the Freedom Month during the year which government has declared “the year of Charlotte Mannya-Maxeke” – paying tribute the first indigenous African woman to acquire a university degree during the turn of the 20th century.

The lekgotla also noted it was taking place as the country was battling with the effect of COVID-19 pandemic that continues to ravage lives and livelihoods of our people in the country and the world.

Furthermore, the conference was taking place within the context of the African Union (AU) having declared 2021 as “the year of the arts, culture and heritage”.

We embrace the recognition by the AU of the centrality of the cultural industries in the revival of Africa’s economies and therefore regret and decry the current crisis that the local sector was recently plunged into by the public sector funding agencies – hence we have called on the Presidency to intervene as a matter of urgency by establishing a commission of enquiry or issue a proclamation empowering the Special Investigating Unit to infestgate malfeasance corrupting them. As an organisation, we fully embrace the clarion call made by the AU to utilise our cultural outputs to contribute to the building of ‘the Africa we want’. We commend the newly-elected Chairman of the AU, H.E. Mr Felix Tshisekedi, the President of the Democratic Republic of Congo, for identifying the development of cultural industries as one of his strategic priorities during his one year tenure at the helm of this continental multilateral body.

NWASA was born out of a need for a national writers’ movement that will advocate for literature, advance and defend the rights and interests of writers and work towards the development of the quality of writing, readership, publishing and distribution of literature.

Historically, South African writers have made an immense contribution on the national, continental and global stage to the struggle for cultural, social, political, economic, environmental and gender justice, as commentators, narrators, expositors, thinkers, interpreters and interrogators of social reality and as voices of the personal and collective experiences of our people.

NWASA, an integrated politically non-partisan progressive national writers organisation, emerges out of the ashes of formations such as the erstwhile African Writers Association (AWA), Congress of South African Writers (COSAW), and several others which have played a pivotal role in the liberation movement and beyond. Through the power of their words, they have built a framework for moulding our freedom. The democracy we enjoy today is a direct result of their creative energies.

NWASA thus takes its rightful place in South Africa’s dynamic arts and cultural landscape and the broader landscape of organisation and institutions striving towards an egalitarian African society within a free, inclusive world.

The organisation aims to serve as the national voice of South Africa’s writers (and related industries) on cultural developments in the country and across the world. Beyond this, we subscribe to our country’s foreign policy strategic objective of contributing to a prosperous country in a peaceful and economically developed Africa which is part of an egalitarian global community.

NWASA will advocate for the adoption of cultural diplomacy as the soft power arsenal at the best behest of the country’s and the AU’s international relations; serve as a custodian of the organisational etiquette and protocol; and forge strategic partnerships with both local and international stakeholders in the entire entire value chain of literature (research; writing; subbing; editing; graphic design; printing; warehousing; sales and marketing); and, subsidiary industries such as film and music production (scriptwriting, development of lyrics; editing, development of quality subtitles); and distribution (protecting the interests of its members in services provided by such institutions as the Dramatic Arts and Literary Rights Organisation (DALRO), South African Music Rights Organisation (SAMRO) and other international royalty collection agencies.

NWASA’s Presidential Flagship Programme, led by President Abdul Mogale, which was unveiled at the lekgotla places  a special focus on the development of children’s literacy by advocating for at least 100 children’s books being published in multiple indigenous languages.

This will help develop a culture of reading for pleasure among the children. It’s common knowledge that South Africa’s primary school learners  score very poorly in international literacy and numeracy surveys, and this problem has to be tackled head on. The organisation intends to partner with the private sector in resourcing libraries in township, rural villages and underprivileged schools.

To access the new market opportunities opened in the continent through the implementation of the Africa Continental Free Trade Agreement (AfCFTA) that integrates the continent into a free trade area, NWASA resolved to advocateadvocate for translations of South African literature into kiSwahili, French and Portuguese to access the Francophone and Lusophone African consumers.

The organisation will further deepen its participation in the Pan African Writers Association (PAWA) to which it has affiliated. Furthermore, the organisation aims to advocate for local publishing industry in continental events such as the bi-annual  Intra-African Trade Fair (IATF) which will be taking place in Kigali, Rwanda, from 8 to 14 December this year. Beyond the continent, NWASA hopes to participate in multilateral forums such as the BRICS Think Tank and UNESCO.

While not competing with the commercial publishers, NWASA will develop cutting edge publishing project pipeline whose flagship project will be the regular editions of Calabash online literary magazine and a list of transformative books by its members. It will develop a research and innovation capacity that will position NWASA as a thought leader and the first port of call on the development of cultural industries.

The portfolio will further develop international benchmarks on curriculum development, drafting of prescription lists and strive to influence Department of Basic Education and tertiary institutions in mainstreaming African literature.

Also worth noting is the establishment of the Nana Walter Chakela Writers Benefit Trust, named in honour of the founding President of NWASA.

Another innovation will be the establishment of the NWASA Literature Institute which will explore the modalities of finding a unique niche for the establishment of a learning outlet within existing entities or as stand alone. The Institute will serve as a platform for workshops and sustained skills transfer through relevant SETA-accredited modules.

Dr Lebogang Lance Nawa is the Secretary General of the National Writers Association of South Africa (NWASA). For more information about the organisation, visit www.nwasa.org.za