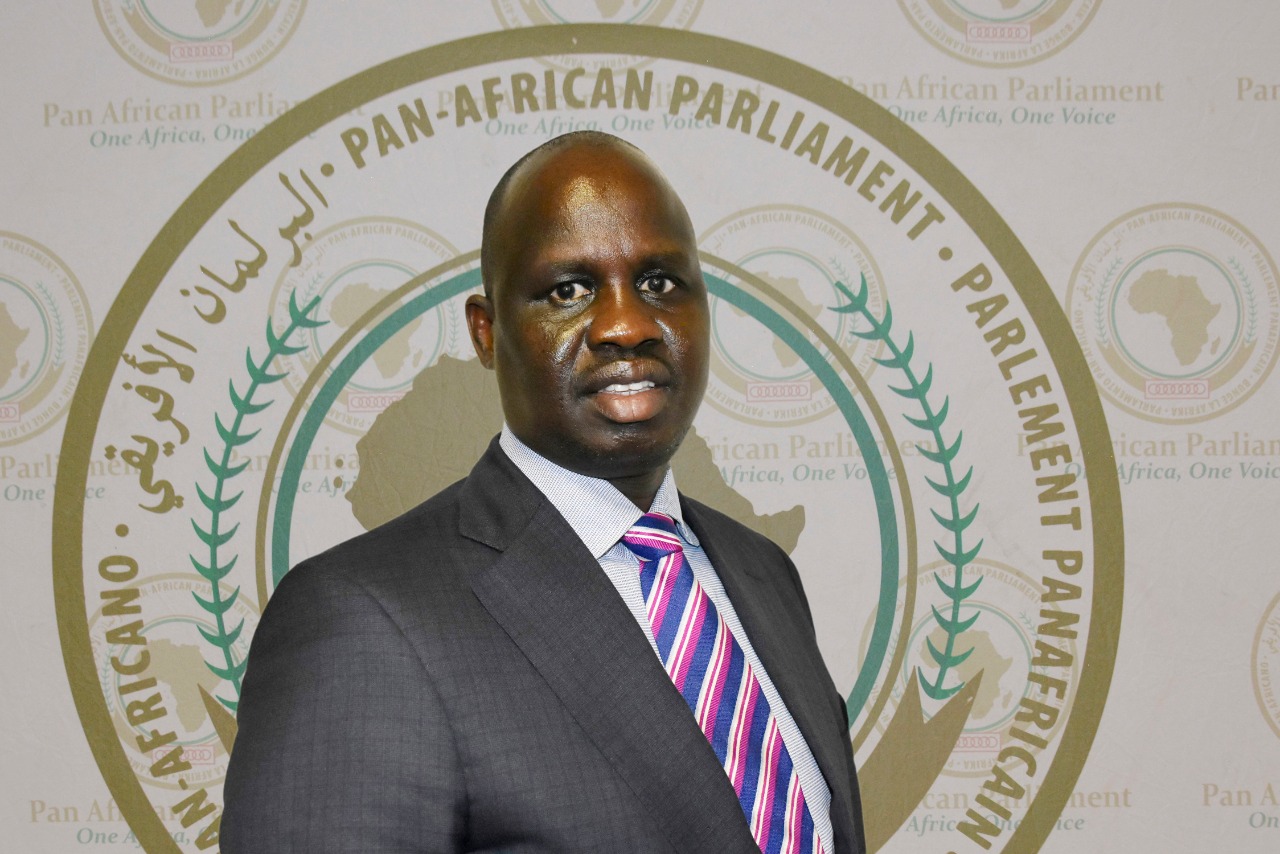 Political commentator, MPHO DUBE, profiles Amb Albino Mathom Ayuel Aboug, member of the South Sudan National Assembly, who is vying for the top post of the Pan African Parliament based in Midrand, Johannesburg. The elections are on Monday, 31 May 2021

He has declared his candidacy for the Presidency of PAP. He has described his candidacy as an effort to rebuild the image of the PAP and strengthen its processes to deliver its mandate to facilitate the integration of the African continent.

Specifically, Amb Aboug proposes to cement the PAP’s place within the African Union (AU) institutional architecture through enhanced and improved working relationships with the AU policy organs; and African leaders to transform the PAP into the long-awaited fully-fledged legislative arm of the Union, making laws for the continent.

Amb Aboug brings a wealth of experience in diplomacy, business, youth development and leadership. He has vowed to end divisions based on language and regional affiliation that have prevented the PAP from realising its full potential since its inauguration in March 2004.

“The time has come for the PAP to contribute to a more prosperous future for the peoples of Africa by promoting collective self-reliance and economic recovery, led by young people and women as envisaged by Agenda 2063. Realising the vision of “The Africa We Want” fully depends on a credible and respected continental Parliament capable of involving African citizens in the decision-making process of the AU.

“I propose to be a leader for all as we embark on a journey of strengthening the PAP and giving it a sense of direction to achieve the objectives set out in its protocol,” says Amb Aboug.

Who is Amb Aboug?

Amb Aboug was born into a very influential family on the 19th of December 1979 in Twic Mayadit county, Bahr el Ghazal region of Sudan (modern day South Sudan). He joined the struggle of the liberation of the people of Sudan as a young boy in 1987 and became part of the Sudan Peoples’ Liberation Movement/Army (SPLM/SPLA). The ravages of the war between the regime in Khartoum and the disparaged people of Sudan led him, together with a large group of young Sudanese, to flee their home and trek for more than 3500 Kilometers on foot to Ethiopia to seek refuge. In Ethiopia, Amb Aboug began his primary education in the Southern parts of the country.

In 1991 there was a regime change in Ethiopia that led to the separation of Eritrea from the country. The net effect of this was the necessitation of some displaced refugees from the region to depart from Ethiopia. As a result, Amb. Albino left Ethiopia and moved to Khartoum, Sudan to finish his secondary school education. In the late 1990s, Amb. Albino was again forced to flee out of Sudan. This time he escaped the mandatory military service in Khartoum which was waging war on poor people in various parts of Sudan. He fled to Cairo, Egypt from where he sought asylum at the United Nations High Commission for Refugees and was relocated to the United States of America.

While in the USA Amb Aboug continued with political activism in support of the stability of the country of Sudan. He worked with leaders from across the political divide in Sudan to seek the best outcome for all the people of Sudan.

In recognition of his efforts and impact, the late Prime Minister of Ethiopia, H. E Meles Zenawe and the then President of Nigeria, Goodluck Ebele Jonathan, requested Amb Aboug to return home to Africa to support and lead young people on the continent. He obliged to the request and was consequently elected to the role of President of the Pan African Youth Council in charge of organising youth civil organizations across the continent.

Amb Aboug was subsequently assigned as a Special Envoy of the international mediator to the peace initiative of the Central Africa Republic. The peace negotiations were hosted in Nairobi, Kenya, by President Uhuru Kenyatta. The initiative resulted in the prevailing peace in the Central African Republic between the waring anti-Baleka and Seleka forces.

After the successful conclusion of the peace initiative on Central African Republic, Amb Aboug tended his resignation to the international Mediator, H. E President Dennis Sassou-Nguesso.

Amb Albino as an Advisor and Counsel to Presidents

Amb Aboug’s role as the President of the Pan African Youth Parliament entailed advising various African Heads of State on matters affecting the youth across the continent. He was entrusted with the responsibility of finding a solution for the immigration crisis affecting African Youth which is causing them to leave the continent. He remains seized with the business of engaging various stakeholders in seeking resolution to the ongoing immigration crisis. More concisely, the Ambassador is in talks with frontier nations in North Africa from where most African youth perish while attempting to cross the sea over to Europe.

Amb Aboug’s record and stature in the continent speaks volumes about his suitability for the post of President of the Pan African Parliament. He brings the much-needed fresh perspective to the PAP. He is a former freedom fighter who has been driven by the love for Africa his whole life. His political network at the presidential level in Africa is unparalleled and he brings to the PAP his wealth of experience on African politics and pan-Africanist development interventions and approaches.

Amb Aboug is a breath of fresh air to PAP and he is sure to bring about the change that the continental body desperately needs to get back on the path to good governance, clear vision and an Afrocentric political direction.

Below is a recent video interview of Amb Aboug with the SABC: