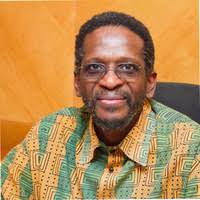 The African National Congress (ANC) hosted a webinar on promotion of intra-African trade to advance growth and development in SADC and the African continent. SISA NJIKELANA, gives an overview of the event held on Monday, 24 May 2021, to mark the Africa Month celebrations.

Integration is a longstanding objective of African leaders with roots in the Pan-African Conferences and notable in the immediate post-independence period. It was understood as critical to overcome the limitations of small, fragmented economies established under colonialism.

Furthermore, it is worth noting that then integration objective is specified in the founding documents of the Organisation of African Unity (OAU) in 1963. It is further spelt out in the “Abuja Treaty” of 1991. This was further expanded in the “Agenda 2063: The Africa We Want” of 2013 which marks an important milestone in the development of the concept of African economic integration.

The Africa Continental Free Trade Agreement (AfCFTA) is the market integration component of this wider project but must make its contribution by creating an incentive framework of tariff liberalization and rules of origin to support investments in – and industrialisation of, African economies. The AfCFTA must be an instrument for building productive capacity in Africa, rebalancing current patterns of trade and enhancing intra-African trade in higher value added products. African economies should use the AfCFTA as an instrument to move away from its continued over-reliance on the production and export of low value added exports (minerals and commodities) to the rest of the world in exchange for imports of manufactured high value products.

Proposed objectives on AfCFTA (from an ANC perspective)

2. Utilise the AfCFTA as one of the tools to advance the African Renaissance to ensure that:

The rationale for an ANC-initiated webinar

Held under the theme, “Promotion of Intra-African Trade to Advance Growth and Development in SADC and the African Continent”, the following points were raised as the rationale for the webinar:

The target participants for the webinar were:

The ANC’s role and contribution to the implementation of the AfCFTA is informed by a number of historical decisions – namely:

The international relations outcomes of 2019 ANC Lekgotla had the following Apex Priorities for 2019-2025:

In so far as the outcomes of the 2021 Lekgotla guide the ANC committed that:

A synergistic and complementary approach between state and non-state sectors will have a formidable impact trade, growth and development of Africa.

Facilitated by Phelisa Nkomo, the quality of inputs by the keynote speaker, Secretary General of AfCFTA, Wamkele Mene; and panelists were quite high and issues raised were stimulating in so much that it was decided to hold a follow-up webinar as well. The panellists were Siya Biniza, Political Economist; Prof Tandeka Nkiwane, Advisor to the CEO of NEPAD; Dr Lebohang Pheko, Executive Director of Trade Collective; and, Amb Kingsley Mamabolo, former South Africa’s Permanent Representative to the United Nations.

Although preparations for the webinar started late the response across the continent was encouraging given the 96 participants in Zoom; 5 300 views, 215 likes, 51 comments, and 21 shares on Facebook ; 107 views on YouTube hitherto and the numbers are growing by day.

What was evident was the overwhelming support for the continental free trade initiative whilst at the same time concerns were sharply raised. Particular focus was on the participation of the ordinary people, free movement of the peoples in the content, role and benefits for workers, the informal economic sector, etc. Not to mention the emphasis on the need to change economic systems and business models to ensure there is no exploitation of labour! A call for a pan-African value-based approach resonated a few times during the engagement. The organisers of the webinar intend passing the responses to the Office of the Secretary General of the AfCFTA for consideration.

The ANC views this webinar as one of the cardinal efforts to ensure the participation of non-state sectors – be they political organisations, social movements, youth and women’s movements or any other civil society formations.

SISA NJIKELANA is member of the ANC’s International Relations Committee