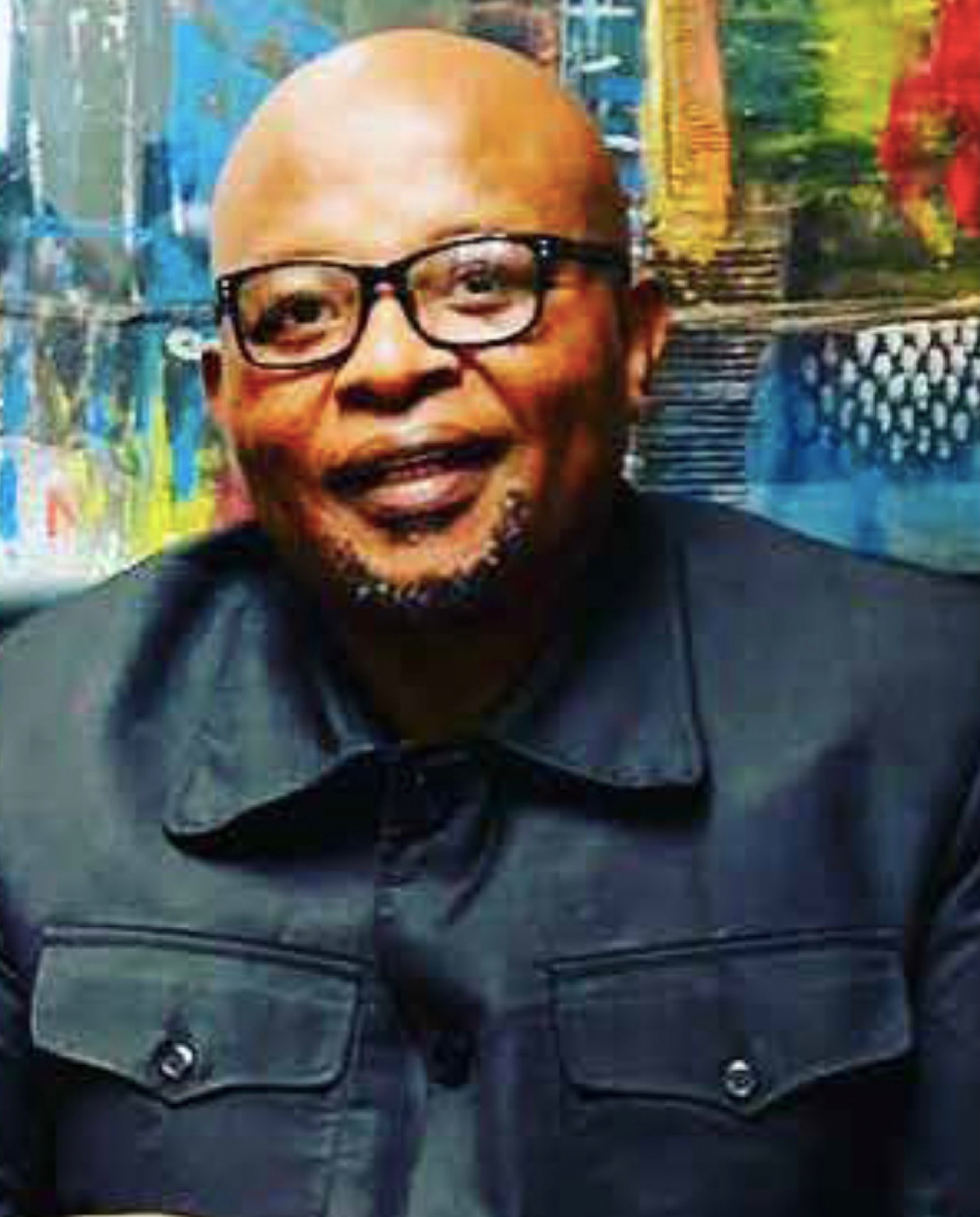 The work is cut out for us as the Brandhill Africa group. Four critical global surveys this year (which I have found highly nerving) have prompted me to revisit the last chapter of my dissertation which was written in partial fulfilment for the requirements for an MSc in Global Marketing degree which was awarded by the University of Liverpool in mid-2016. Although I have quoted snippets from it previously in my writings, interviews and presentations, this time I have to share it as a whole as a way to re-emphasise the message that brand Africa is under siege and we have developed a blueprint as strategic guidance on how the continent should respond to such unparalleled onslaught of misperception. This is the research that entrusted me with the need to re-engineer brand Africa by positioning her countries as viable destinations for foreign direct investment and tourism while also opening foreign market access for its strategic exports – that is, the “Made in Africa” service and product brands.

These studies are the annual Brand Africa survey which has indicated that since 2010 when they first conducted it, 34% of the 100 Most Admired Brands in Africa then were homegrown and this has pained Thebe Ikalafeng, the founder of the survey through his Brand Leadership Group, in announcing that this paltry number has since declined to only 13% in 2020. I’ll be getting his latest findings within the coming few days.

The other studies released by Brand Finance, a reputable UK-based research company, are Global 500 2021 (none of Africa’s homegrown brands have made it into this prestigious list of “most valuable and strongest global brands” though MTN is the number one in the continent, it hasn’t made it in the top 500); the Top 100 Most Valuable Nation Brands (which has seen only ten African countries making the cut, South Africa leading the pack at embarrassingly 47 after declining from its previous 46 rank); and Soft Power Index (only three African countries made it in the top 50 with Egypt at 34; South Africa, 37; Morocco, 48; and 13 other African countries scrambled for places in the batch of 50). This worries me gravely as it means the “Africa rising” narrative, as coined by The Economist, isn’t communicated extensively or it isn’t reaching the right ears.

These are perceptive studies on how the world views us as a continent. Do remember, although the science of dialectics teaches us “a thing is and it is not”,  marketing science posits matter-of-factly that perception is reality! Let me warn that if we ignore these studies, the integrated continental market opened up by the AfCFTA will continue to benefit foreign brands as our people will continue up taking them or aspiring to covet them. In his Foreword to Global 500 2021, David Haigh, the CEO of Brand Finance, correctly writes: “The absence of strong local brands on the [African] continent provides rich pickings for the global giants as they dominate markets…”

Although you may be slightly aggrieved by the dialectical interdependence I may draw between the findings of these studies and the latest statistics released by UNCTAD through their FDI Index a few weeks ago, I’ll leave it to you to draw your own conclusions. In the past few years, South Africa’s share of global FDI was $5.4 billion in 2018, then $4.6 billion in 2019; and last year it declined to $2.5 billion, representing a 46% decline against sub-Saharan’s 12% and 11% of the developing countries (thus courtesy of China’s 4% growth).

To further validate our scientific approach to the art and science of perceptions management, we have published an extract on public diplomacy from a book, “Africa’s Soft Power”, by Dr Oluwaseun Tella, who is the Director of The Future of Diplomacy Institute at University of Johannesburg.

My Liverpool research, whose topic was “the role played by a country’s nation brand on investor decision making”, has proven a direct link between the two – perceptions and investor decision making (full report available at the university’s library and a summary of it on https://www.academia.edu). It evaluated perceptions of Italian investors towards South Africa, Kenya and Mozambique and how these impacted on the choices of their invest destination.  Furthermore, marketing science is awash with literature on the ‘country of origin’ effect on consumer purchasing decision. The neuromarketing scientist, Martin Lindstrom, alluded to the power of branding in his seminal book, “Buy.ology”.

My study has produced a comprehensive table of 40 variables that investors ranked in terms of their significance and relevance to their decision-making. These variables represent elements of a nation brand which, through investors’ perceptions, could be identified, managed and even changed for the better through a concerted global marketing campaign. I found it interesting that the findings reveal sharp discrepancies between investors’ understanding and what the investment promotion agencies (IPAs) in South Africa, Kenya and Mozambique think is important and relevant to investors in decision-making processes. In this way, the findings will guide those who will read them in revising the content of their marketing campaigns – that is, which elements to focus on, which elements to emphasise over others, which new elements to bring into the picture (for example, the issue of crime who mention is currently avoided in the IPAs’ websites of the three sub-Saharan African countries), and which elements to completely not prioritise or focus on. IPAs need to realise that ignoring crucial, even if uncomfortable issues, is inadequate or even inappropriate when dealing with investor fears of both crime and corruption. Reforming the international investment regime has to be approached sensitively and with caution as investment protection frameworks are cardinal to the investor community. UNCTAD has developed guidelines on how such revisions could be managed. The institution argues such reforms should  be aimed at:

My research has indicated our IPAs’ poor understanding of investor perceptions of their nation brands, despite them being a critical objective involved in managing their nation’s brand reputations. My research has proposed the following five key principles:

Segment customers and invest more resources on targeting the key ones – namely, investors. This means knowing their wants, aspirations, dreams, fears, perceptions, and in short, what makes them tick. Positioning relates to how a nation brand would like to be positioned in the minds of its stakeholders and so this approach would help an IPA manage investor perceptions of the country, especially regarding the 40 variables ranked in my research.

Investment promotion and trade facilitation activities redefine the core of contemporary diplomacy. From this researcher’s experience, diplomacy is no longer merely about strengthening bilateral and multilateral relations, but also about strategic initiatives aimed at growing a country’s economy. Perhaps this explains the cost benefit analytic approach that South Africa has recently adopted in rationalising their diplomatic missions and deciding to close down ten of them. I’m raising this not necessarily agreeing entirely with the decision to close one or two of them though the principle is generally noble.

At the core of a public diplomacy strategy is the deployment of a country’s “smart power” (as Joseph Nye proposed), which (the then) US Secretary of State Hillary Clinton was often quoted as having described it as “the full range of tools at our disposal”, to advance a country’s national interests. For example, CNN flights photographs of uniformed American soldiers handing out lollipops to children in Iraqi or  Afghanistan playgrounds; providing medical care or rescue operations to show the soft side of the American army which is generally perceived as trigger-happy.

New media has to be included in a country’s marketing mix. The official investment promotion agencies of the three sub-Saharan African countries have no noticeable presence on social media. A brief “Google” of the agencies on the Internet returns sad findings.

IPAs need to maintain databases of various customer segments and integrate all their communication channels to ensure they build on the last customer conversation with each new engagement. It is vital to ensure a common message is communicated across multiple channels – the principle of “multiple voices, one message” is cardinal. Customer data therefore needs to be mined, banked and shared with colleagues, while taking into consideration the sensitivities of such information and the levels of employees to whom this information would be made available. Information on customers has to be managed ethically and within the parameters set by the law – for example, there are privacy laws that need to be respected. While the company has to manage direct promotions so that they do not translate into information overload, it also has to take into consideration regulations that empower the customers with the right not to be bombarded with what could be regarded as spams – customers must have the right to “stop” receiving such communications or to “opt out”.

Not only should the IPAs enter the social media space, but they need to begin to establish applications (“apps”) which will serve as customer relationship management platforms through which they will have both direct and indirect engagements with previous, current and potential investors. in my Publisher’s Comment last week I focused on the rise of online media – including social media platforms – catapulted by the anti-COVID-19 lockdowns but also consumers’ insatiable appetite for convenience.
My research led me to develop a nation brand index for investment promotion, “the Zebra paradigm”. This, among others, provides regular tracking studies on investor perceptions of African nation brands and news feeds on investment opportunities in the region.

This is what motivated me to establish two flagship platforms – https://www.jamboafrica.online and the Biashara Services and Products Africa (BiSPA) Conference and Exhibition which both promote “Made in Africa” service and product brands.

If the above-given principles are applied effectively, and sufficient resources invested in marketing by both the public and private sectors across Africa, they will indeed usher IPAs into a new paradigm of managing reputation; managing investor perceptions; opening market access opportunities for “Made in Africa” service and product brands; and, therefore, advancing their national and continental interests.