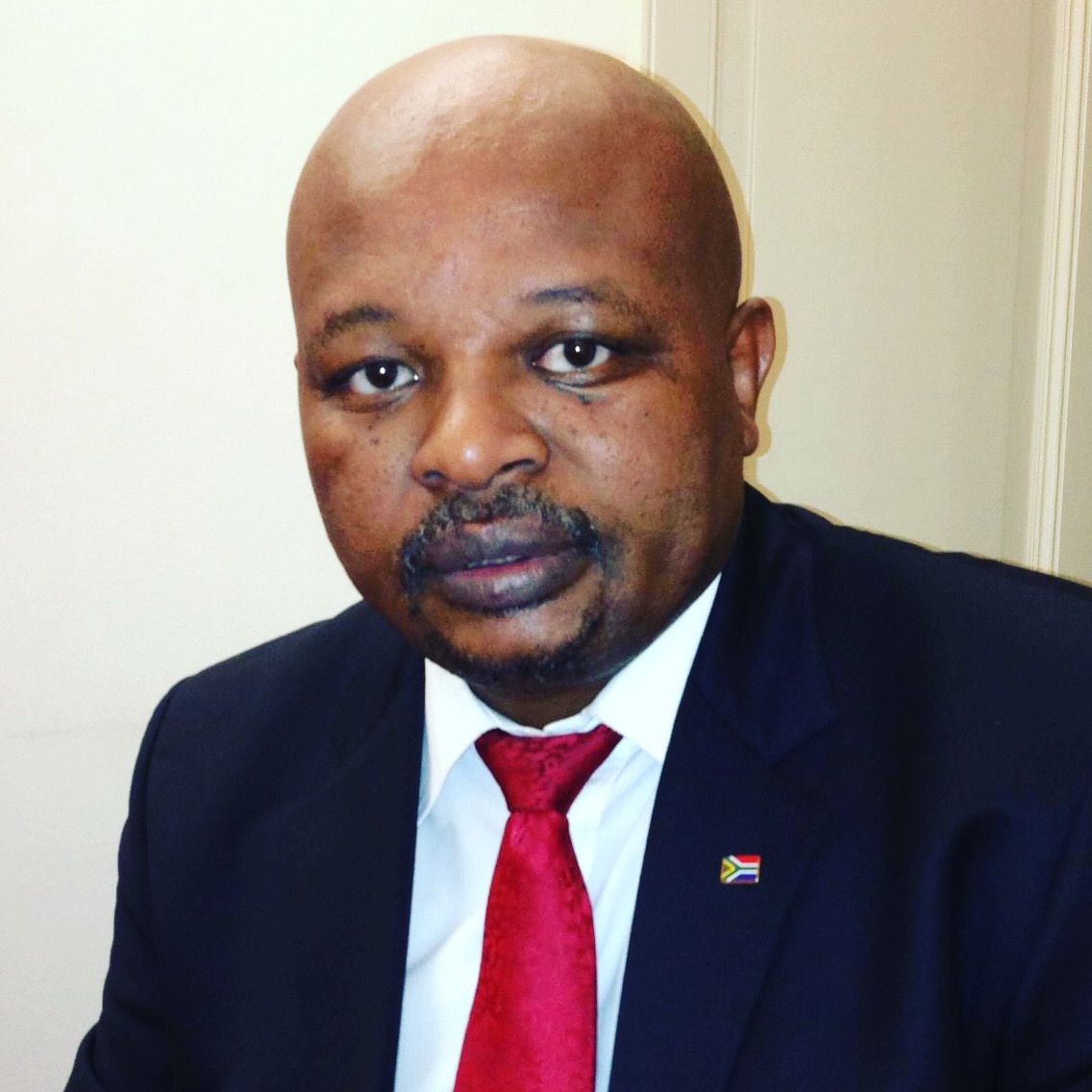 Post COVID-19 recovery is on everyone’s mind. This is more critical for the media – particularly the South African media industry which has been struggling since 1994 with the closure of independent or “alternative” publications that I alluded to a few weeks ago (https://www.jamboafrica.online/publishers-comment-echoing-the-past-as-we-forge-a-truly-pan-african-business-voice/). Truth be told, although we have three homegrown news channels on the DSTV bouquet – namely, eNCA Channel 403, SABC Channel 404 and Newzroom Africa Channel 405 – they are highly monotonous and do not provide any diversity as their news offerings are primarily event-based: that is, they to a larger extent give live coverage to press conferences or official government events such as celebrations marking historic days, memorial services and funeral proceedings of leaders and celebrated personalities.  So channel hopping for anyone is futile because all of them will be beaming the same news offerings.

The local print media was hardest hit by technological advancements and digital media uptake as I mentioned previously. So the outbreak of the COVID-19 pandemic resulting in the subsequent lockdown measures aimed at containing its infectious spread simply unplugged the ventilator cables from the dead media outlets that were in the intensive care units (ICUs) or simply hammered the final nail on the coffins of those that have been bleeding both readership and advertising revenue for years.

This became too obvious when last year Media24 which is considered to be Africa’s largest publisher, printer and distributor of newspapers, magazines and books announcing its plans to shutdown a number of its titles and to retrench hundreds of its staff – in management, editorial and support services.

The victims of its cost cutting measures were two national papers, four community newspapers and five national magazines in addition to outsourcing the majority of its monthly publications and halving the frequency. In moving with the times, two newspaper titles were to become digital-only offering.

The issue of sustainability takes me back to the 1990s after the dawn of democracy in South Africa. Recently I’ve spoken about the closure of progressive publications which were the torchbearers of the anti-apartheid struggle. The lesson I gained from such fiasco came in handy when I was the Publishing Director of Heinemann Publishers which I joined after closing down Learn and Teach Publications in 1994.

In anticipation of a generous spending by the post-apartheid Department of Education (DoE) which was to launch the new curriculum, outcomes-based education (OBE), in 1996 which required the development and production of new learner and teacher support materials, all publishing companies invested heavily through employing staff, commissioning new titles and even establishing presence in all the nine provinces.

Unfortunately government didn’t have the kind of budget we anticipated and as such it spent very little. We were then forced to embark on a serious cost cutting drive. My experience from closing down Learn and Teach Publications taught me that I had to sacrifice a few officials for the survival – crudely put, profitability – of the company. I had learnt a great deal about adding shareholder value as unlike when I was in the NGO sector that was donor-funded, my shareholders demanded a return on their investment (ROI). There has to be a reason why they weren’t investing in a fast moving consumer goods (FMCG) company but in a publishing a company. So while we made a loss in 1996, we had to undertake corrective measures to ensure our shareholders didn’t walk away.

Though I was aggrieved because of my ideological outlook, I had to retrench a few colleagues. We still had hope that things would turn around as the newly elected government decided to reduce the public sector wage bill by offering early retirement to many officials – do remember that the ‘sunset clauses’ agreed to during negotiations for a post-apartheid dispensation guaranteed all civil servants to be inherited from the old order job safety although the new government had to employ its cadres – often creating an almost parallel structure, thus almost doubling the public sector wage bill. So early retirement offers gave us hope for more funding being diverted to the procurement of the learner and teacher support materials.

Wrong again! 1997 came and no sufficient reading resources were purchased. The educational book industry was bleeding and headed into the ICU. Do be mindful of the fact that publishing in South Africa is primarily dependent on the education market – trade market is minute. We don’t just have a problem of illiteracy in this country, but also of aliteracy (the reluctance to read by those who are literate) and inadequate culture of buying reading for leisure materials. So we don’t just need a literacy campaign but also a campaign to show our people the need to buy reading materials as part of the reading mix – this will ensure sustainability for media brands and the cultural industries in general. So back to our challenge then, we had to retrench more colleagues.

But since this time we were cutting to the bone, we then encouraged those colleagues with the skills we required the most to set up companies and we signed them up as our service providers. A win-win situation. Yes, some of them are still doing very well in the industry even today.

Needless to say although there was overwhelming evidence that the industry as a whole was not doing well and the company was in a dire financial distress, some of my staff members did lodge disputes with the Commission for Conciliation, Mediation and Arbitration (CCMA). The prevalence of the why-me mentality. I respected the summons issued against me and although I won all the cases, it still stressed the hell out of me knowing that colleagues had done nothing wrong to lose their jobs.

This time we got it right. In 1998 sufficient orders flowed in and in 1999 we made a profit. Relieved that I managed to turn the company around, I decided to quit. A colleague last year said to me after I had resigned from my full time job to join Brandhill Africa (Pty) Ltd: “A good dancer knows when to exit the stage.” As she said this, I smiled as this took me back to end December 1999 when I bid farewell to Heinemann Publishers. The other reason was that I didn’t want to be pigeonholed into the education sector.

But before I sign off, let me assess the book publishing industry post-1994 in a nutshell. It’s largely dependent on the educational market, I’ve alluded to this earlier. Education is a concurrent competence: though national, it’s devolved to provinces. So while the apartheid’s departments of education drew up national prescription lists, in the current dispensation each province draws up its recommended lists of books. Furthermore, each school has the prerogative to select from the recommended lists which learner and teacher support materials to purchase.

What do all these mean? More books are recommended than the few that the apartheid’s education departments prescribed. Every publisher has to have enough advanced copies to submit to all the nine provinces for the evaluation of their books. Even if a book has made it into the recommended lists it doesn’t guarantee the book will be selected by the schools. So every publisher has to have enough resources to promote the books in schools, districts and provinces – sometimes the provincial or district offices will organise book exhibitions, but every publisher has to attend if they want the teachers to know about their books. This in short means: you need more than enough resources for you to break into the educational publishing industry in this country! This explains why there are very few new publishing companies in the sector. The problem was compounded further by the consolidation of the traditional companies into the current conglomerates – for example, Heinemann Publishers and Maskew Miller Longman are now imprints of Pearson South Africa. An ex-colleague and friend commented cutely referring to the corporate identities of the two companies: “The Maskew Miller boat is swimming comfortably on the Heinemann wave.” During my days, these two companies used to be fierce competitors who cannibalised each other.

Let me go back to the issue of media diversity that I have parked off earlier. The three television news channels give unlimited access to government to communicate matters pertaining to the worst crisis the world is facing. Though this is commendable, it also obscures the media landscape. Notwithstanding the Digital Vibes controversy, government no longer sees any value for paid media space – the lifeblood for every media production – so government communicators will tell you about their budgets having been diverted to other priorities and my observation is that government communicators are now providing clerical support between government and the media. I’m saying this because they’re no longer providing strategic support to government in media management and as such the presidency and ministers often speak off-the-cuff to the media without following communication protocol and etiquette – hence we have the principals playing to the media gallows by contradicting each other publicly. Yes, I do give credit where it’s due: the spokespersons for the National Prosecuting Authority (NPA), Special Investigating Unit (SIU) and the Department of Education are still visible.

Right now, I believe ideologically the line between state and public broadcaster sector is very thin for the SABC; and similarly, the line between public and independent broadcaster sector for eNCA and Newzroom Afrika is equally thin. The community and independent media is in ICU primarily because its biggest revenue stream has dried up. Yes, government departments have to be held accountable for not actively investing resources into helping to develop diverse voices in the media landscape through advertising support. Our only hope remains the Media Development and Diversity Agency (MDDA) whose budgetary resources aren’t limitless.

During the first half of the 2000s while working for the then Department of Trade and Industry (the dti), I used my experience of having worked for the anti-apartheid media sector to actively support community media not only through advertising in them but also using them to distribute the dti’s monthly SMME newspaper as an insert. This ensured their viability. Yes, granted the quality of my newspaper, produced by Len Kalane’s KalaneWelsch Media, far surpassed that of some of the community newspapers but our developmental relationship with them meant we assessed them every month and gave them feedback.

When I moved to Polokwane in 2005 to join Limpopo’s Office of the Premier as a General Manager: Provincial Communication Services, I continued to support the nascent community media in the province. When we reconfigured the brand positioning of Limpopo from “Africa’s garden of Eden” to “the heartland of southern Africa”, we apportioned a reasonable chunk of our budget to buying space in the community media. It made more sense for me since the national mainstream media rarely gave coverage to the province – and if they did, the province was caricatured. For the two years I was in the Office of the Premier, the local community media (newspapers, magazines, radio stations and even the printing companies) and the SABC combo thrived. They also helped to communicate to the general public government’s programmes and activities.

So, ladies and gentlemen: money talks! Access to the market and market penetration involve investment of sufficient resources into brand management – excellent sales and marketing professionals; advertising and promotions; stakeholder management (including wining and dining with the district managers, principals and schools’ Heads of Departments); public relations; event management; and corporate social investment (yes, sponsoring school sporting events; debating teams, and so on and so forth). This is a life and death commitment. Spend money to make money. Marketing is key!

So build your brand to become resilient and successful!

The Kindle version of Saul Molobi’s latest book, “Sound and Fury: The Chronicles of Healing“, is available on Amazon. The Foreword to the book was written by Kgalema Motlanthe, former President of the Republic of South Africa.