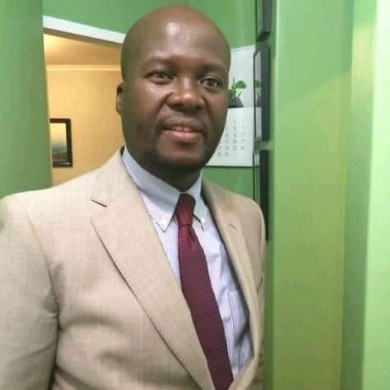 On 20 May 2020, I wrote an article in the Business Report titled ‘Is South Africa in a drive to forcibly suppress wages?’, where I disputed the parables of neoclassical economists and other decision-makers who are more than convinced that labour laws create rigidities and constrain economic growth and increase unemployment in South Africa.

The argument hinged on my 2010 qualitative study, which found no evidence that wage- setting institutions stifled the growth and development of SMMEs in the South African economy. It also used the ILO’s 1999 ‘Report on Social Consequences of Globalisation in South Africa’ that concluded that the South African labour market was “extremely flexible and no evidence exists that a further relaxation of employment conditions and labour laws will create more jobs.”

Critically, the article sought to highlight the plight of workers facing enormous pressure from the people who insist that South Africa’s labour laws are too rigid, meaning that they do not allow employers to hire and fire as they please. Among others, Ivo Vegter wrote in the Daily Maverick that trade unions “enjoy too much power in South Africa.”

Another point is that, at the time, the then-finance minister Tito Mboweni had proposed reducing the public sector wage bill against a challenging background of rising joblessness, hunger and poverty. The debate has since drifted somewhere after Mboweni left his portfolio, although the multi-year public sector wage agreements remain a sore point between trade unions and the state.

On the other hand, the private sector also came up with similar suggestions about retrenchments and dismissals, which reached the highest peak during lockdown months. By the end of 2019, the CCMA had received a total of 529 large-scale retrenchments, leading to workers losing their jobs. And not less than 1800 cases had been referred to the CCMA in the first three months of the lockdown in 2020.

Although admitting that South Africa’s employment problem is primarily structural, the IMF proposes reforms to employment protection legislation to “simplify layoff procedures, and improve enforcement—by facilitating negotiated (out-of-court) settlements, shortening judicial procedures, and capping the amount of severance pay awarded by courts or no longer allowing reinstatement”. While simultaneously supporting the findings of my 2010 study that labour legislation is “not particularly tight de jure in South Africa”, the IMF maintains that “its enforcement is burdensome and slow, creating undue uncertainty”.

To date, thousands of workers have lost their jobs in South Africa. That is not to say the economic environment was or is not difficult, but something more significant and unnoticeable to the public is happening. As l argued just over two years ago, the plan is not only about wages, but there are ideas to emulate Britain and the US by destroying trade unions and worker-friendly labour laws and institutions.

The coronavirus pandemic kick-started an irreversible process hatched many years ago of reducing wages with the belief that this would boost the economy and create many jobs.

When l raised these points, in their rebuttal ‘Defend the dignity and freedom of employees and the jobless’ also published in IOL (25 March 2020), Zakhele Mthembu and Martin Van Staden of the Free Market Foundation (FMF) came out to form the first line of defence. They argued that when it came to labour policy environment, “employees must decide; not the employers, and certainly not the government”. This argument is in line with the liberal school of thought, which basically says the government’s role in the economy must be limited to that of a spectator.

The FMF’s position was not only disingenuous but also lacked an understanding of the changing nature of government intervention to spur growth and save jobs after the disastrous laissez-faire economic policies of the 1980s. At the height of lockdowns, the Germans unleashed the strength of tripartism, where government, employers and trade unions agreed to do whatever they possibly could to avoid a jobs blood bath. This included workers voluntarily taking pay cuts and decided to work fewer daily hours.

In this way, Germany prevented a national catastrophe and ensured that millions of its citizens were employed and had sustainable livelihoods. Even under the current economic fallout created by the Russo-Ukraine conflict

Expecting government to be an onlooker in the economy is probably one of the lowest points of the post-apartheid period in South Africa. Moeletsi Mbeki is correct to point out that the South African economy is “designed to serve foreign interests”. Consequently, a South African (black) worker is expected to work for nearly nothing.

The country’s economic policy orientation is on market fundamentalism steroids. Everyone expects the Messiah to bring miracles to end unemployment, poverty and low growth. This continuously escapes the ruling ANC cadres, among other things, as was evident at its last policy conference. The cheaper labour model has been driving the South African economic system for over a hundred years. Nobody sees anything wrong in this.

Bloomberg reports that President Cyril Ramaphosa wants to lower wages “to boost investment, as part of a plan to revive the nation’s struggling economy”. This proposal is not understandable at two levels. Firstly, the material conditions of a South African worker have not really improved since the end of apartheid. Secondly, though earning slave wages, black workers are hardest hit by both the apartheid spatial settlement and the elitist, over-financialised, free market-obsessed economy.

The move is to turn South Africa into another Bangladesh or northern Mexico, an outsourced production model by global corporations who care less about wages and labour conditions. Cross-border manufacturing, or ‘maquiladoras’, in the north Mexican cities such as El Paso, Matamoros and Ciudad Juarez, is notorious for exploiting stranded migrants. Garments factories in Dhaka represent the lowest point in how humans should be treated. Even things like the Bangladeshi Accord voluntary scheme exacerbate the workers’ problems.

For the longest time, the workers in the Third World, including black South African workers, have been performing dirty, low-paying jobs in mining, agriculture and manufacturing to support lifestyles in the Civilised World. No one is prepared to disrupt this arrangement propping global capitalism. South Africa appears to be least ready to upgrade its citizens’ rights in efforts to continuously serve foreign interests.

Calls for an expanded SARB to include job creation, as is the case with the US Federal Reserve, continue to be looked at with great suspicion. For example, the chair of the ANC economic transformation committee Mmamoloko Kubayi, hastens to point out that her party needed “to review how it makes market-sensitive decisions regarding the mandate and ownership of the Reserve Bank, to avoid rattling shareholders”. This means that nothing is likely to be done about the present situation. The recent repo rate hikes mean more woes for workers while the shareholders enjoy protection.

Unfortunate for South African workers, they are caught in-between economic fables and trade unions that maintain contradictory stances, especially their affiliation to neoliberal congregations and their fallacies. A South African worker will continue to be underpaid while the executives will be the only ones reaping the economic benefits. Lacking national consciousness, the executives and their foreign employers wield power by influencing economic policy decisions which seek to maintain the status quo.

It is pertinent to assess the long-term effects of fiddling with the labour market and its institutions. When he took office in January 2019, Brazilian President Jair Bolsonaro dissolved the labour ministry as a show of liberalism strength. This resulted in less than impressive implementation of labour laws and labour market governance. Brazil’s jobless rate quickly climbed to a historic high of 14.7% in April 2021.

The London-based Trades Union Congress (TUC) accuses Bolsonaro of attempting “to deregulate employment status and replace collective bargaining with an enforced system of individual negotiation”.Labour reforms have always been integral to neoliberal reforms, which have caused economic and social havoc worldwide in recent decades. That also explains the rapid push for economic reforms in South Africa. The country could soon follow in Bolsonaro’s footsteps and meddle with labour market governance structures.

Brazil has learned the most brutal way: there are no easy ways to solve underperformance in both the economic and labour market. Bolsonaro was forced to reinstate the labour ministry in July 2021. Only now, the South American country is seeing some labour market gains – unemployment dropped below 10% in July 2022, and the industrial output marginally grew by 0.3%. Sadly, the Brazilian labour ministry data indicates that only jobs that pay less are created. Perhaps, this is the shortcut that South Africa aims to also follow in the long-term.

Without a shadow of a doubt, the black worker will persistently suffer from South Africa’s low-wage regime. The question is: how low is the country willing to drive down wages?