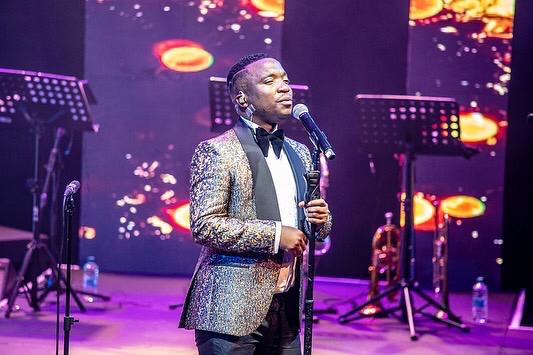 South Africa’s Hendrick Monyeki is an accomplished multilateral music teacher, moderator, assessor, composer and performer. He has just been invited to Stuttgart, Germany, to go conduct masterclasses on South African music. The invitation came from Prof Patrick Bebelaar whose letter reads: “Since 1994 I have been coming to South Africa and giving workshops and master classes in Jazz at the University of Cape Town, University of KwaZulu Natal, University of Stellenbosch and also at the Music Academy of Gauteng. I was there with international colleagues and students from the Stuttgart Music Academy where I taught. Now I teach and lead the class for jazz and popular music at the College of Church Music in Tübingen, near Stuttgart.

“I first met Mr. Hendrick Monyeki in 2010 at a workshop, then again in 2014. In 2016, I invited him to give a master class at the Kirchenmusikhochschule in Tübingen. In 2018, we met again when I came to do masterclasses the Gauteng Conservatory of Music.

“So we are already living the idea of cultural exchange with our church music students. For March 2023, we are now organizing Study trip to South Africa where my students sing and work together with gospel songs and African music at the Music Academy of Gauteng.

For this year, we want to have a master class at the beginning of the semester in October 2022. We are expecting Hendrick Monyeki in October 2022 for this masterclass.” Unfortunately they can only provide him with accommodation and subsistence, so the artist is looking for an individual or company that can sponsor by covering his travelling costs. “I will definitely promote their brand abroad so that they derive maximum value out of their sponsorship.”

Hendrick is a gifted singer with a distinctive tenor and musical versatility that spreads across the jazz, ballad and gospel genres. A graduate at the Music Academy of Gauteng (the Johnny Mekoa School) in Benoni, Ekurhuleni, he was auditioned by Dr Johnny Mekoa, the late founder of the academy as well as American saxophonist, Kirk Whalum, as one of the criteria to enroll at the institution. Subsequently he studied performing arts there between 2006 and 2009 while he also acquired grades with the Royal School of Music in London.

Subsequently he did his internship there as a singer with the Gauteng Jazz Orchestra. He worked with a number of seasoned musicians and jazz legends such as Ernest “Stompie” Manana, Barney Rachabane, Khaya Mahlangu, Sydney Mavundla and Prince Lengoasa. The orchestra also offered him dream opportunities to perform with visiting dignitaries like Lala Hathaway, Liz Wright, Randy Crawford, Joe Sample, Dee Dee Bridgewater and George Benson, Kirk Whalum and others.

Hendrick has worked with the Gauteng Jazz Orchestra as one of its leading voices for several years. He has also worked as a background artist with a long list of accomplished artists – including Kgotso Makgalema, Tebz David, Lionel Petersen, James Okon, Uche, Jonas Gwangwa, Sibongile Khumalo, Johnny Mekoa Big Band, Selaelo Selota, Moreira Chonguica, Mimi Ntenjwa and the David Beck Trio. His prowess as a jazz composer and performer finds poignant expression in the single, “Stay”.

As a performer he has appeared at a number of high profile events and international shows – notably the Presidential Inauguration of Jacob Zuma (2009), the Cape Town International Jazz Festival (2006/2010), Standard Bank Joy of Jazz Festival (2006/2010), the Presidential National Orders ceremony (2010), the Albertina Sisulu Gala Dinner (2014), the Steve Mokone Memorial Service at the FNB Stadium (2015), European tours of Germany and Sweden (2016). In 2017 he toured the United States.

The death of Johnny Mekoa, his mentor and father figure in 2017 inspired the idea of a tribute concert dubbed Tribute To South African Legends which he organised at the school in 2018.Inthe same year he was appointed ambassador for Rennies Travel and Urban Zulu, an African print clothing shop. His pictures of the car hire agency can be seen on huge billboards at OR Tambo International Airport and Cape Town InternationalAirport.

As of 2018 he has been teaching theory and history of music at the Music Academy of Gauteng for eight years. His illustrious academic qualifications includes a Bachelor of Music degree with Unisa. He also holds a Higher Certificate in Public Administration and ETD Practices from Regenesys Business School.

A conscientious musician, he has used his art to preach anti-drugs message back in his home village of New Eersterus, Hammanskraal. He was the convenor of the Nyaope Campaign – “nyaope” is an intoxicating concoction of drugs that is ravaging communities around Pretoria.

His discography is as follows:

Watch Hendrick’s interview on SABC below: